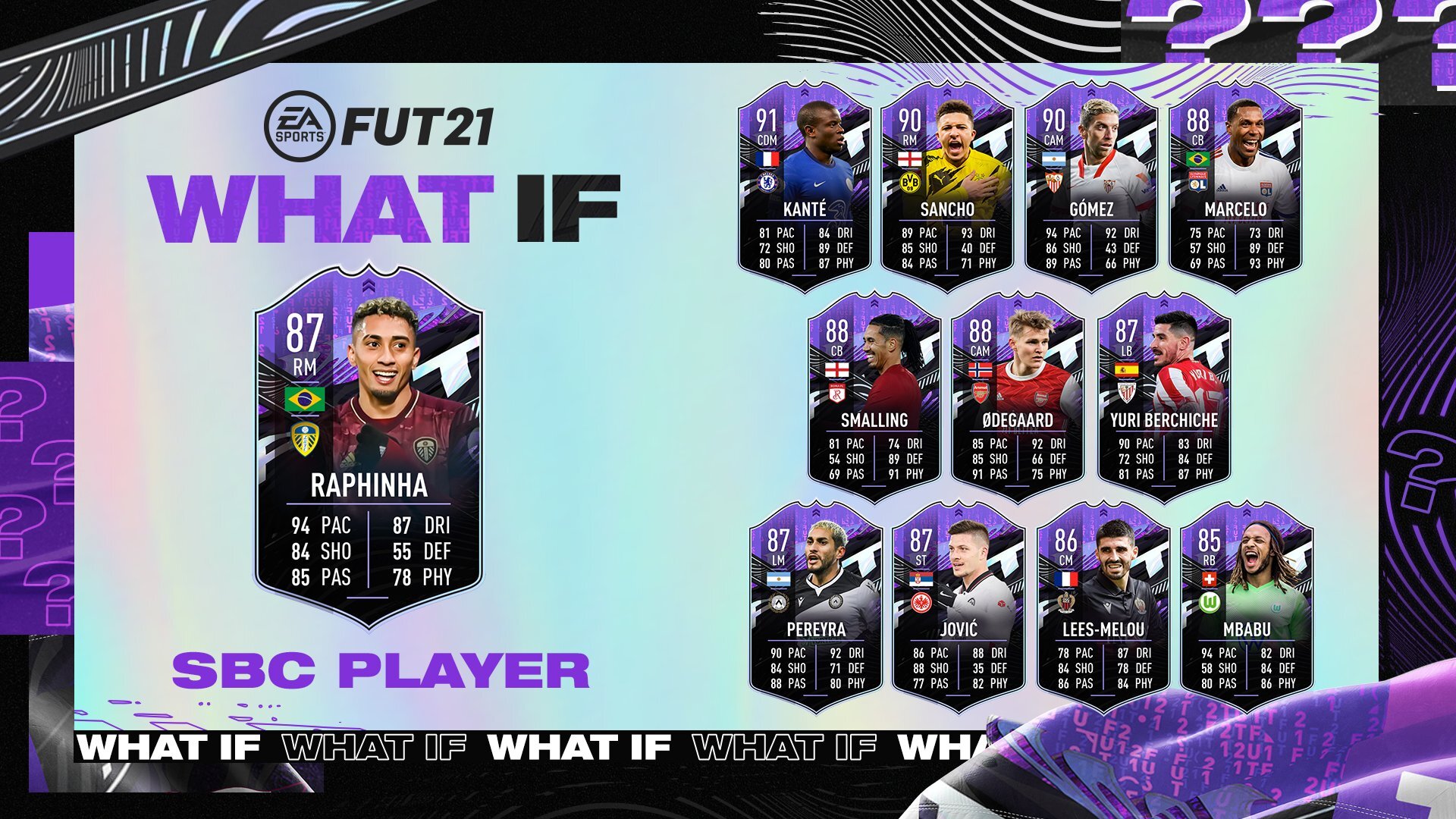 EA Sports added an 87-rated Future Stars version of Raphinha from Leeds United to FIFA 21 today. This item is obtainable through the squad-building challenge (SBC) menu in FIFA 21 Ultimate Team.

This is Raphina’s second special item during the FIFA 21 Ultimate Team cycle. This card is a part of the What If promo, which was released today. Depending on his performance in real life, he might get a +2 upgrade.

EA generally upgraded Raphinha’s stats, including Passing (+11), Shooting (+9), Physical (+10), Defending (+6), and Dribbling (+5) when compared to his original 81-rated gold card. It’s a good card when looking at his four-star skills and stats, especially when you apply the marksman chemistry style.

This card costs around 426,850 FUT coins on PlayStation, 402,400 on Xbox One, and 464,400 on PC. The price is a bit expensive because What If Raphinha has only a three-star weak foot, which certainly isn’t optimal for an attacker at this stage of the game.

You can complete this SBC until March 6. Here’s the cheapest solution to complete What If Raphinha SBC right now, according to FUTBIN, a website that specializes in FIFA content.