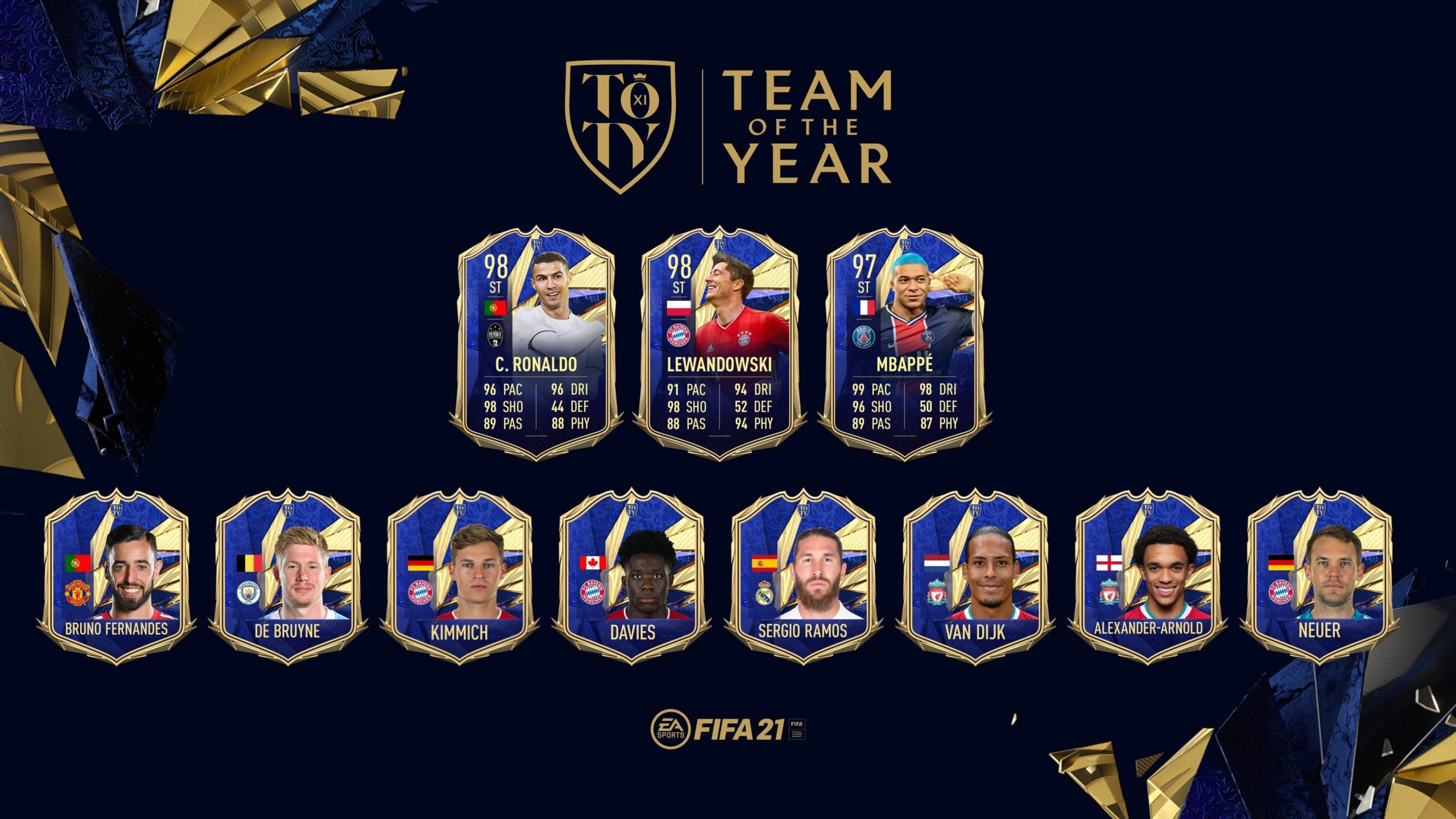 EA Sports released the first player ratings for the Team of the Year (TOTY) squad today.

The three chosen attackers are a 98-rated Cristiano Ronaldo from Piemont Calcio, a 98-rated Robert Lewandowski from Bayern Munich, and a 97-rated Kylian Mbappé from Paris Saint-Germain.

The full TOTY was already decided, but the ratings of three midfielders, four defenders, and one goalkeeper are still set to be announced over the next couple of days.

The 98-rated TOTY Cristiano Ronaldo received a great increase in his skills, especially to his Physical (+11), Defending (+9), and Passing (+8) stats, when compared to his 92-rated gold version, leaving all of his stats except Defending above 88.

The 98-rated Lewandowski was given even higher upgrades, mainly to his Pace (+13), Physical (+12), and Defending (+9) when compared with his 91-rated gold card.

In total, 26 attackers were nominated alongside 19 midfielders, 18 defenders, and seven goalkeepers. Here’s the full list of the TOTY chosen players:

The list of nominated attackers includes star players like Lionel Messi from Barcelona, Neymar from Paris Saint-Germain, and Harry Kane from Tottenham Hotspur who didn’t make the cut.

Last year’s Team of the Year featured Messi while the chosen 12th man was Cristiano Ronaldo. Neymar, however, wasn’t included on either of the TOTY squads.