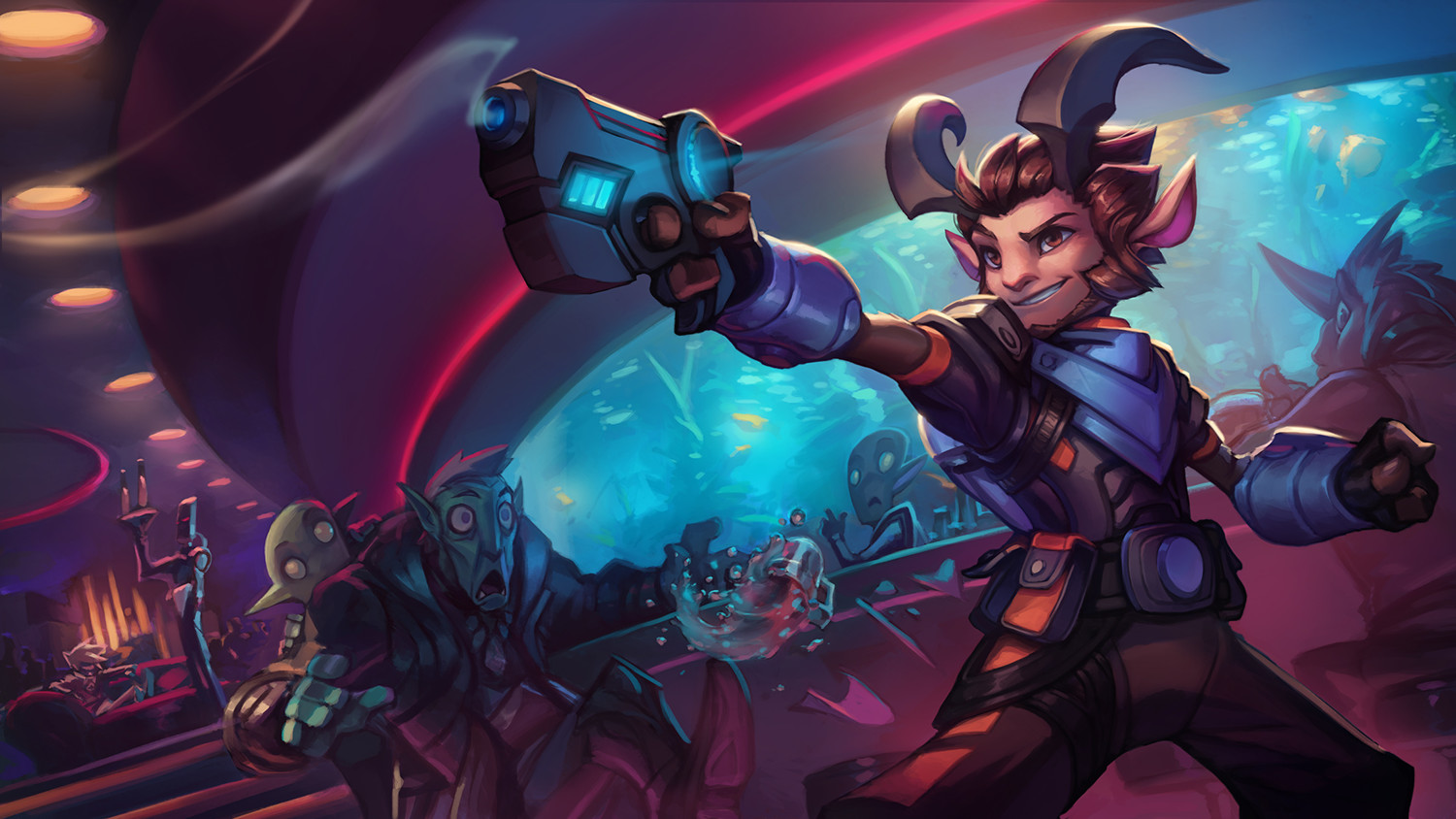 Super Smash Con 2017 was a celebration of Nintendo’s iconic fighting game series, Super Smash Bros. Still, between the tournament setups and the main stage at the heart of the Dulles Expo Center last weekend wasn’t Nintendo, but a new challenger in the platform fighting genre: Wavedash Games with its flagship fighter, Icons: Combat Arena.

Attendees flocked to the Wavedash booth, where anyone could sign up to test the latest build against friends and family. Whether there were top professionals or a group of youngsters, Jason Rice, Icons’ creative director, was just excited to see how everyone interacted with the game.

“Smash Con is special to us because when we first started the studio in 2015, it was year one of Super Smash Con,” Rice told Dot Esports. Back then, the team was mostly him and CEO Matt Fairchild. Now Wavedash Games employs 25 members and has received over $6 million in Series A funding from familiar faces in esports, like March Capital Partners and Linkin Park’s Machine Shop Ventures, which both invested in the esports organization Immortals.

“We’re finding lots of people really believe in this vision of taking this game, taking it to PC—there’s 700,000,000 plus gaming PCs in the world—so we can reach brand-new audiences that the genre hasn’t reached before,” Rice said.

The gameplay will feel familiar to Super Smash Bros. Melee veterans. Wavedash keeps true to its name by including wavedashing—hopping and immediately dodging at a downward angle to move faster and more precisely than running, and dash dancing. Still, there are differences—Icons swaps lag canceling for reduced base landing lag to make the game more accessible to beginners.

“We really focus on ‘Is it easy to pick up? Is it easy to learn? Is it hard to master?’ Does it have sufficient depth?’ And is it watchable?'” Rice said.

Wavedash showcased five characters at Smash Con: Ashani, a brawler that relies on powerful aerials and combos similar to Captain Falcon, Raymer, a zoner who fires angled lasers to rack up damage from afar, Xana, a grappler that grabs and combos into deadly kill moves, Kidd, a traditional space animal who rushes down opponents with a high-speed moveset, and Zhurong, a sword user who spaces well and performs the famous “Ken combo”—a chain of forward airs into a down air for a deadly spike.

“We haven’t seen a grappler in a platform fighting genre in a real way,” he said. “So what we did was we really focused from the bottom up on what it would really mean to be a grappler-style character in the genre. We’re hearing from some people, ‘I love the fresh (archetypes).'”

Xana feels like a long-lost cousin to Melee’s Ganondorf due to her weight and power, but her grappling special moves are where the comparisons stop. There, she comes into her own and competes well against the other characters.

Kidd and Zhurong, on the other hand, feel much more like traditional platform archetypes, though Kidd has his own unique flavor.

“Kidd started out feeling very much like a classic space animal,” Rice said. “What we were doing when developing Kidd, and also our sword fighter Zhurong, we started with something very familiar because having that familiarity was showing us how our engine was stacking up and how people were engaging it.”

“He’s starting to feel more and more his own personality, while still delivering on that familiarity,” Rice added. Rice hopes players will soon feel the same about Zhurong, who he notes was one of the more popular characters, according to early survey results.

Icons is set to begin beta testing this fall, and Wavedash hopes to be a bridge between traditional PC gamers and hardcore Smash fans.

“We fundamentally believe the platform fighter genre is both fun to play and to watch,” Rice said. “It’s a type of game where you can really express yourself.”

In contrast to Nintendo’s hands-off approach to Smash esports, Rice believes the team that includes alums from Blizzard, MLG, and Riot Games, will be advocates for any potential esports competitors.

“The reality is you don’t get to decide if you’re game is an esport or not, your audience does,” Rice said. “All you can do is make a really great multiplayer experience, and support the people that want to make it esports.”

Rice, who left MLG in 2007 to pursue a career as a game developer and esports advocate, believes esports is more than just prize pools and circuits.

“You can’t just dump money into something and say ‘Now it’s an esport,'” he said. “That’s a marketing strategy, that’s not esports. Esports means that it has to be endemic. It was to work from the game design and work it’s way through every expression.”

Based on the response so far, Icons looks like it’s on the right path. With another year at Smash Con complete, Rice and the Wavedash team are one step closer to creating the experience Rice and Fairchild envisioned two years ago.

“We’re getting to see how all of them play, what they like and what they don’t like, and how they experience the game,” Rice said. “Being at a place like Smash Con, where it’s not just a tournament, it’s really a convention, it’s really a festival of this genre and this audience, is super important to us. It helps us get both the casual and competitive audience in to get the feedback to make the game better.”