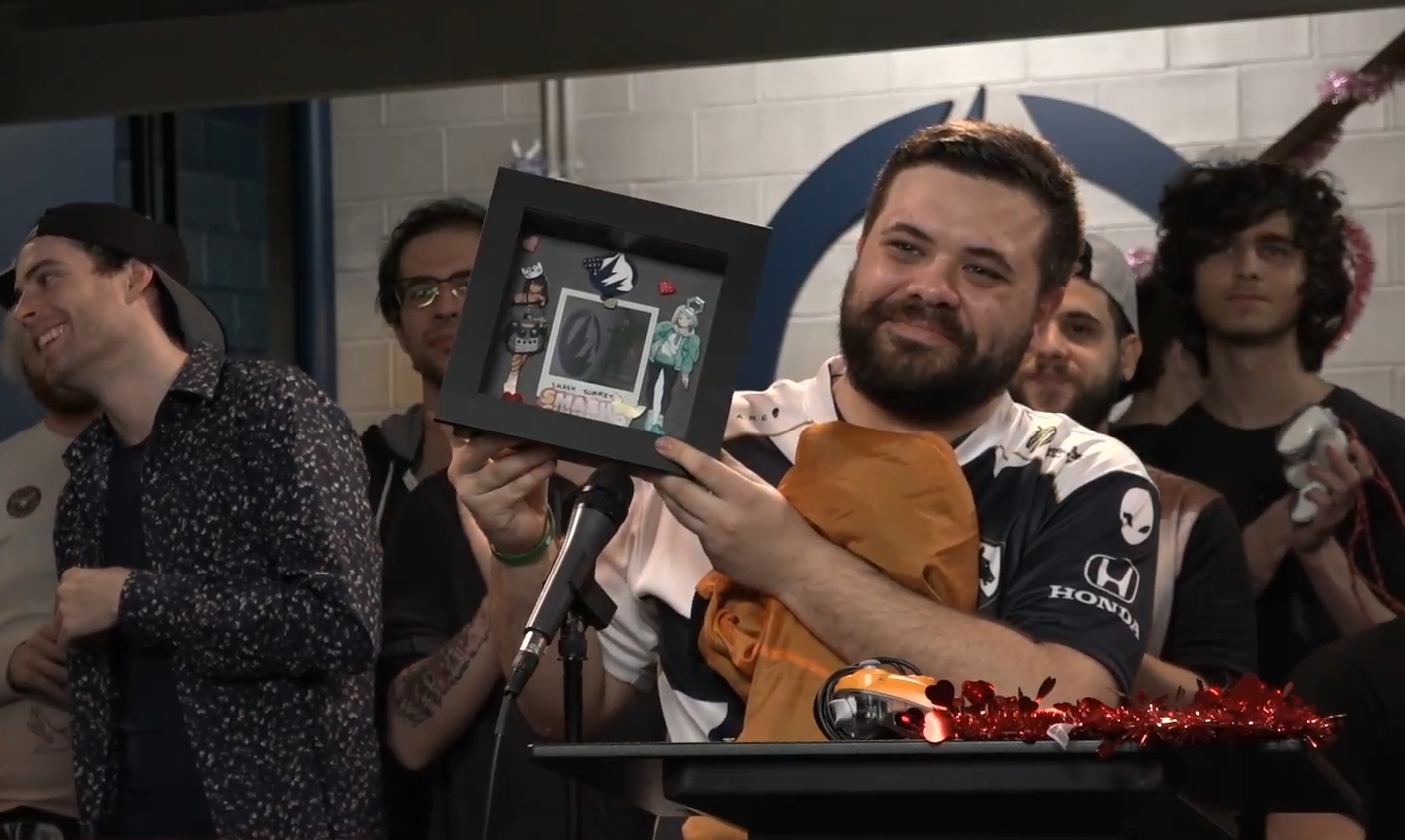 The only other player to win more than two Summit events was Adam “Armada” Lindgren, who won the first four Smash Summits and took second at two others before retiring and returning to commentate the event.

And not only did Hbox get even closer to reaching Armada’s record, he also became the first player in Summit history to go 15-0 in pools, not dropping a single match to some of the best players in the world. That didn’t last long into the main bracket, however. He dropped at least one game to each opponent he played after that, but it was still a dominant performance.

Hbox defeated Edgard “n0ne” Sheleby and Joseph “Mang0” Marquez, dropping only a single game to each to make it to the winners finals. There, he faced Plup for the first time since pools and was actually taken to five games by the over-aggressive Fox play that the Sheik main was displaying.

And while he lost that set in a last-stock situation, he fought his way through Mang0 to make it back it into the grand finals for one last shot at the Jigglypuff player.

The two traded close games, with Plup going up 2-1 heading into game four on Battlefield. But instead of Hbox getting an edge thanks to the counterpick, Plup cleaned things up. A nice two-stock victory finished off by a wavedash-Up Smash reset the bracket and put Hbox on his heels a little bit.

Plup did have the momentum going into the reset, but it became clear that the Clutch God wasn’t going to let the reset throw him off.

While Plup was still moving better than he has in almost any matchup against Hbox in the past, he was struggling to find ways to get in and kill Jigglypuff without putting himself at risk. That led to Hbox taking the first two games and putting Plup on tournament stock after an absolutely insane sequence of events that had the entire studio holding their breath.

Plup did take game three in another last-stock game, but it is always a risk taking a Jigglypuff player to the final stock because you can always just be hit with a rest that instantly ends the game. And that is exactly what happened to Plup in the following game.

This was an incredible bounceback performance from Plup after he had a shaky showing at Genesis 7, finishing 25th. And for Hbox, this is his first major win of the year, but it is unlikely going to be his last since he’s looking to continue his run as the top Melee player in the world for the fourth straight season.