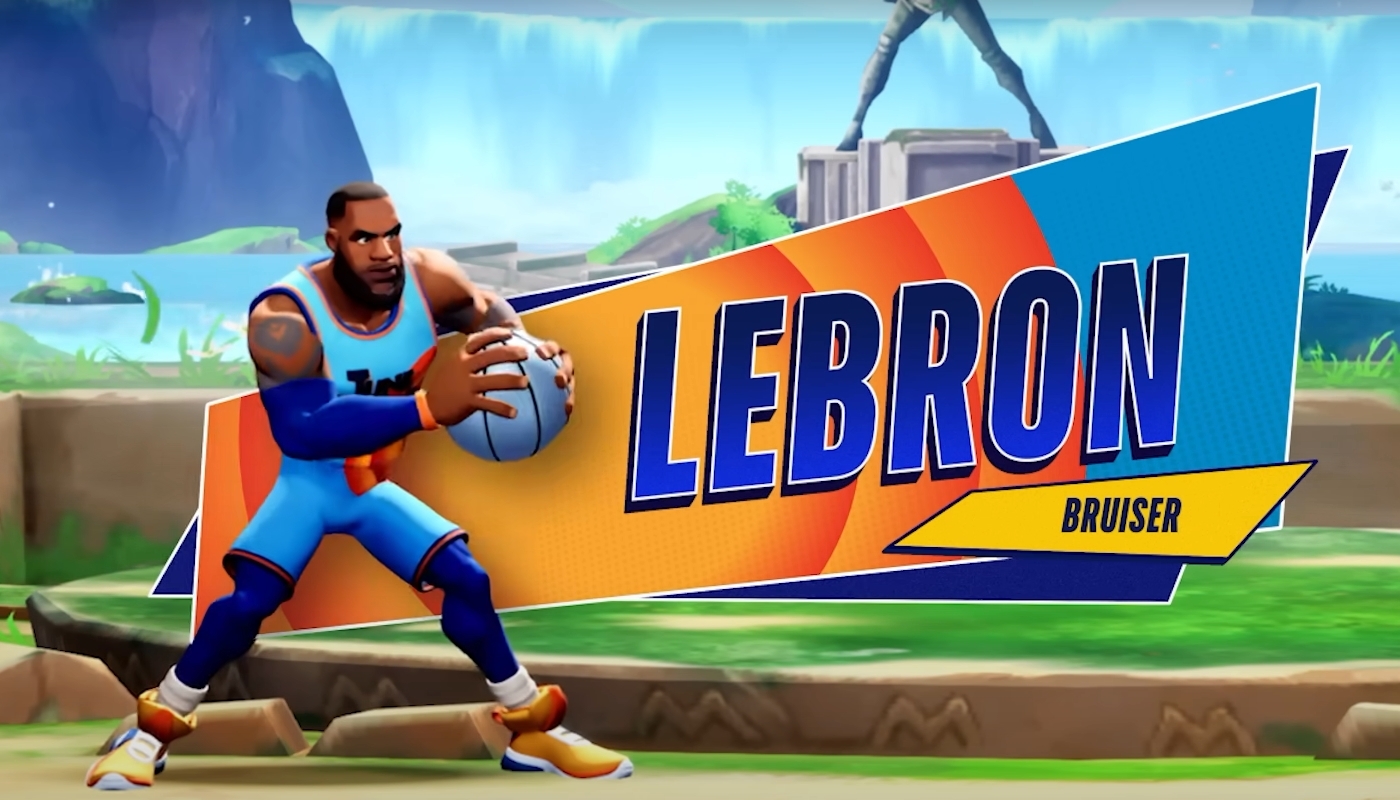 Handles are the key because LeBron James is all about dominating the basketball regardless of if he is on the court or teaming up with Bugs Bunny to battle Batman and Superman. This means that anyone picking up the NBA superstar in MultiVersus will need to learn how to play team ball or risk being zoned out by other characters on the roster.

Added alongside the launch of the public open beta, LeBron brings a perfect mix of cartoony moves and his signature style to the MultiVersus battlefield.

The main mechanic behind the baller is the addition of a basketball to his toolkit, where he will spawn with the ball and can spawn more throughout a match. This is the most important element of LeBron’s moveset, as it unlocks most of his best moves and gives players plenty of options to work with in terms of projectiles, combo starters, and finishing blows.

Overall, this iteration of LeBron is based on his cartoon form from Space Jam: A New Legacy, but all of his moves are pulled right out of his NBA career and general basketball knowledge—meaning you will get everything from his chalk toss to the JR Smith meme are present, alongside a defensive stance and chest pass.

His playstyle on its own is something completely unique, but then you add in his basketball and the effect it can have on teammates? Things really can get out of hand if you don’t know how to play the King of the Court, so here is a general overview of how to get the most out of LeBron.

How to play LeBron James in MultiVersus

LeBron is a Bruiser, meaning he has a nice mix of moves that can be used to bring the pain right to your opponents or to keep your distance in limited capacities.

The main thing you need to know about LeBron is that his moveset changes drastically depending on if you have a basketball in your hands. Like, every move changes, and having the ball makes him a much better character.

Whether it be a strong projectile Neutral Special, slamming the ball onto the ground to take a stock with your Side Special, or dunking through a basket to create a bouncing projectile that can easily take a stock off stage, the ball is the true king. It even has elements that play off of teammates when he “passes it” to them, sticking to another player and acting as a delayed projectile when they use their own moves.

Almost all of his Neutral and Aerial moves provide great utility, with some like his Neutral Air and Ground Side being reliable combo starters. His Shoulder Check move can also be used as a good kill option or to get pressure off of you thanks to its shield and quick startup.

His Neutral Special to pass the ball either forward or behind him as a no-look pass is going to create a lot of opportunities thanks to its decent knockback and ability to hit opponents out of animations. It can be angled too, so mastering the use of this move and the art of managing when to throw or keep your basketball, in general, is something you should try to do early.

It is also important to note that if you don’t have a basketball, you can spawn one when you hit an enemy. A cooldown meter is also present showing you when you can manually spawn another one in by using Neutral Special if you need to play more defensively too.

Without the ball, LeBron becomes much weaker overall but can still provide support thanks to several strong moves like his Side Special, which turns into a boosted charge that has some strong knockback, and a reliable Neutral Air that changes to him beating his chest.

If you really need to approach to get your ball back, using LeBron’s Side Air is your best bet because it has decent range and will allow you to either retreat quickly after missing or follow up into additional combos when you get the ball upon impact.

When playing against projectile characters, you can also rely on his Down Special, which without the ball turns into him taking a defensive stance. Any projectile that hits him, to an extent, will be blocked and converted into a basketball.

You will need to learn how to play with and without the ball to master the character, but he is by no means defenseless, it is more that his moveset is just altered and less well-rounded.

Like most characters in the game, LeBron currently has three Signature Perks that give him special added abilities to some of his moves, which can then be paired with three general Perks.

All of them provide utility in different ways and will benefit certain playstyles and situations rather than one being entirely better than the others. Here are your options, when you can unlock them, and what they do when equipped.

Perks are useful tools for customizing how your characters play individually and how your team can perform or adapt to certain situations.

You can’t really have one “best” build for a character like LeBron since he will most likely be heavily reliant on what his teammate is choosing to run or trying to support them by selecting complimentary Perks that help the duo synergize. That, however, doesn’t mean you can’t have some backup options if you need to carry or go with a build that is specifically built to help run the court.

For a general use, all-purpose build, you will want to run with For Three! as your Signature Perk since it is the least reliant on your teammate using the ball properly and will benefit you more than Keep Possession. Here are a handful of normal Perks that will go nicely with most LeBron options like this, though you will need to use Perk Training to learn a few of them.

Just be sure not to lock yourself into a build, as you can use your allies’ Perks once you reach Character Level six, opening the door to plenty of stacking options that might give you an edge.