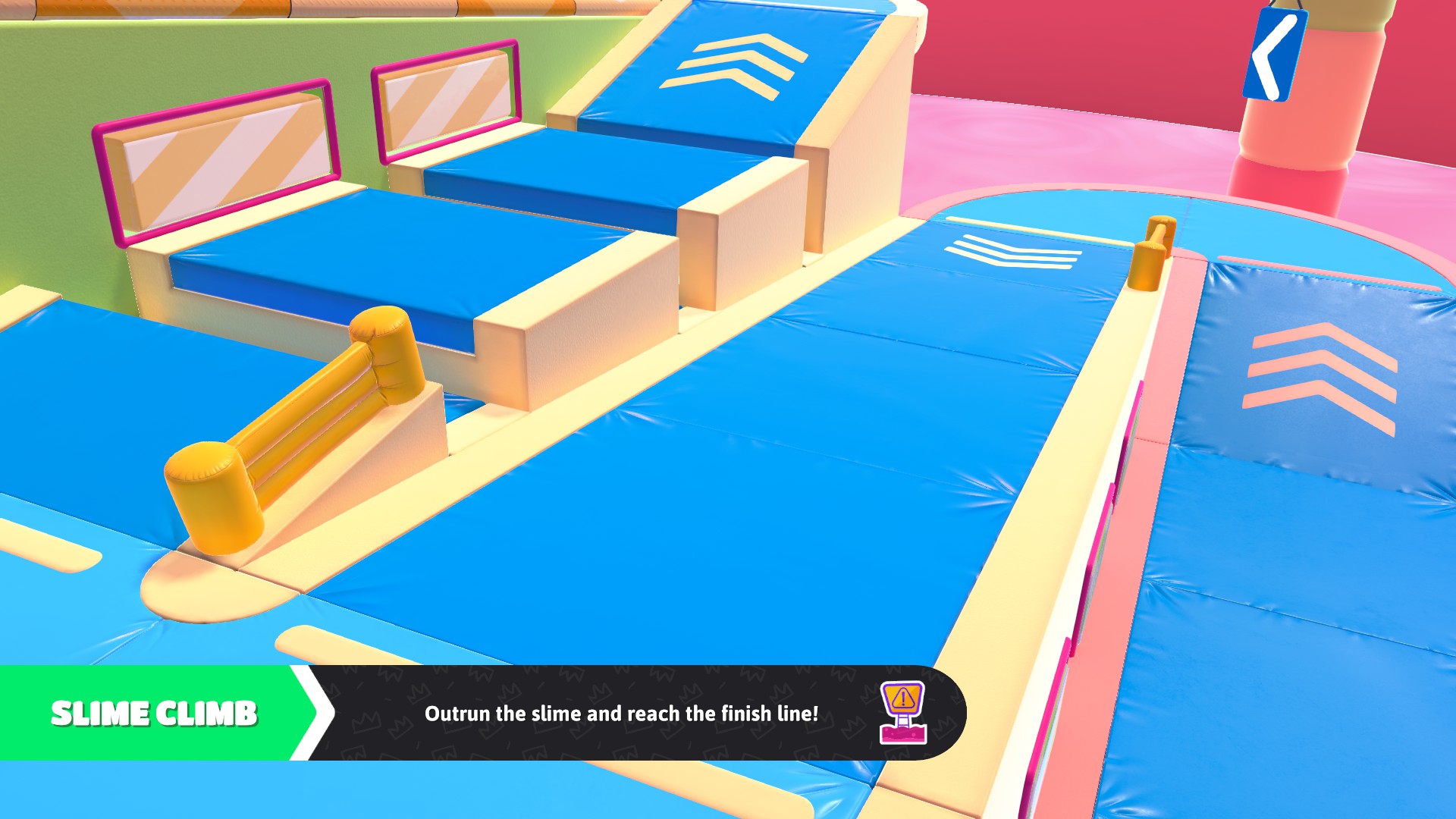 Mediatonic’s Fall Guys continues to be a smash hit over the summer, constantly reaching incredible heights in the amount of players participating. With season two confirmed and on the way, Fall Guys’ popularity doesn’t seem like it’ll be waning anytime soon. One of the game’s obstacle courses, Slime Climb, is one of the most punishing modes, as any wrong or slow step will take out the unprepared.

The objective of the round is to reach the finish line before the ever-climbing slime beneath the map consumes you. Due to this factor and the risk of elimination, there are a couple of aspects of this round to note for optimal play and avoiding mistakes.

Since the slime raises at a consistent rate, the most dangerous times of the round are at the start and the end. During the start, anytime you make a wrong step or trip, the slime is as close to you as it will be naturally. When you reach the end, any misstep is as lethal as messing up the beginning, since dying at the end is no different than dying at the start. This means that knowing when to take risks, and knowing when to play slower to purposely avoid other players will help improve your odds at beating this round.

As with any racing map, there are multiple optimizations that you could make to improve your odds at getting ahead of other contestants. There are four shortcuts to note, most are easier than others, but they all save a ton of time and give you more opportunities to avoid colliding into other players.

The first highlighted shortcut here asserts the idea of early risk vs. reward. Since most players will try going for this early shortcut, it’s easy to collide into other players and have them mess up your jump. If you’re not at the front of the starting pack when the race begins, it’s okay to avoid this optimization and play a standard game. Otherwise you run the risk of falling into the slime incredibly early if you mess it up twice.

This second shortcut is generally safe to go for no matter what state of the race is. When you start at the orange-highlighted area, you can jump from the bottom to the platform above, saving you a bit of time from going around the ramp. The main challenge with this shortcut is to take note of the pushing walls, as any shortcut attempt you make with that jump will be thwarted if you cannot time it properly.

The third shortcut is similar to the second one in that it saves a fair amount of time while being generally low-risk. When you’re jumping from the floor below, you can follow it up with a well-timed dive and reach the top of the ramp above. Besides following the arrow, you can also jump over the yellow barrier to make the ramp, but this jump is more risky.

This final shortcut is the hardest of the four and needs practice to succeed with it consistently. When the hammer by the arrow rotates to the right, you can jump onto the hammer, then jump again off of the hammer, and reach the level above. This requires perfect timing and positioning though, and this is only advisable if you’re absolutely desperate and the slime is close to claiming you.

Aggressive risks and playing to knockout other players

Since Slime Climb has the chance to slay players, if you’re looking to thin the number of opponents for the next round, you can always attempt to bully opponents. The two easiest spots to mess up other players is the thin bridge by the third shortcut and the final stretch before the goal. Often you can ruin their timing by grabbing them after they jump or standing near where they land.

This kind of play is very risky though, as you can always get counter-bullied and fall into the slime yourself. It can also lead to other players holding grudges and trying to get payback in future rounds if you fail to eliminate them.

As with any game, even in a casual low-stakes environment like Fall Guys, more practice will yield greater results.