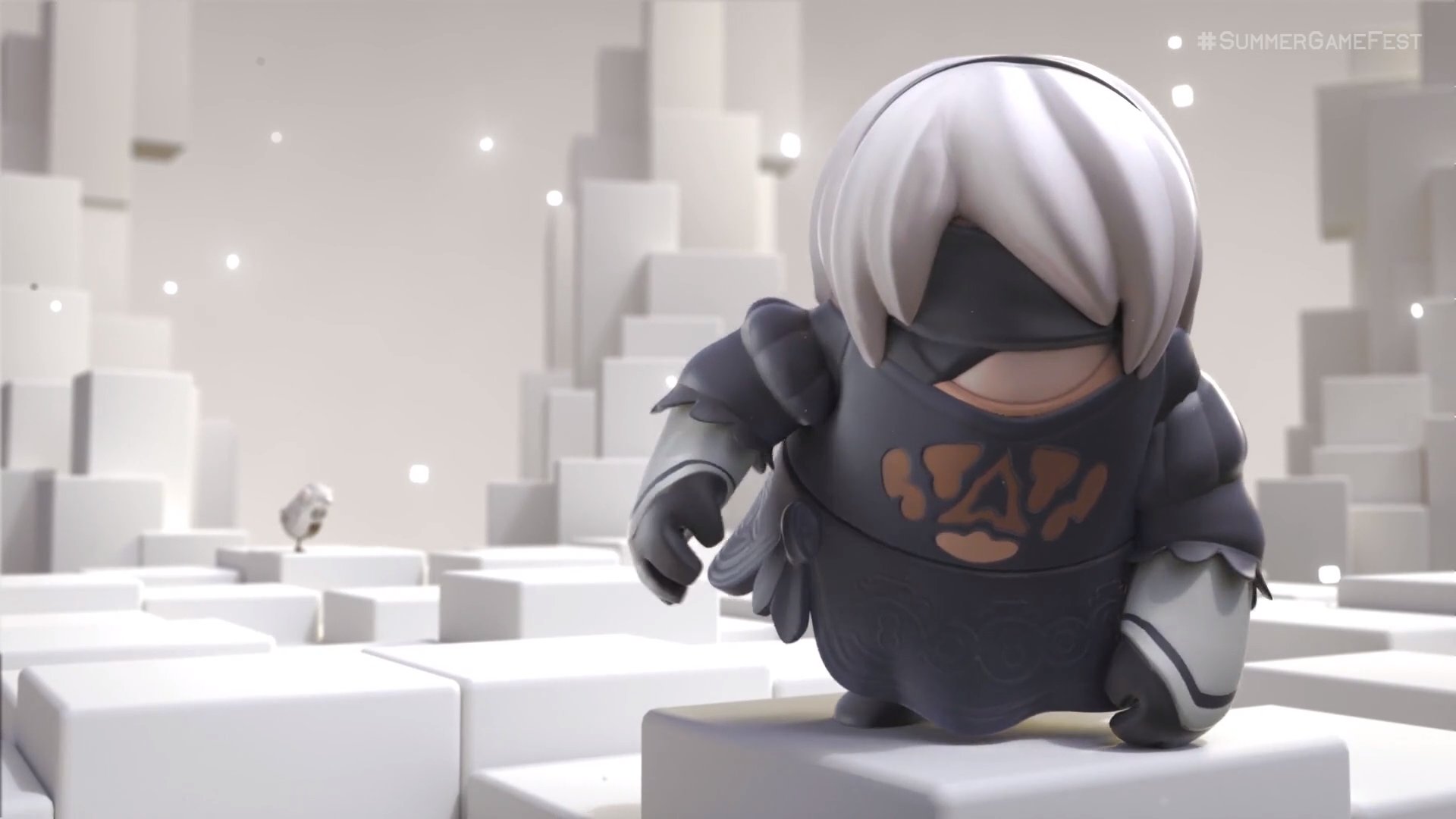 The collaboration we never knew we needed is on the way, bringing a futuristic world of emotional androids into the world of zany jumping beans.

As a part of the Summer Game Fest 2021 presentation, Mediatonic revealed 2B from NieR: Automata would be joining Fall Guys as a new costume. Starting June 18, players will be able to obtain this new skin from the store, likely for five crowns for each piece. The trailer depicts 2B completely out of place from her home world and timeline surrounded by other Fall Guys avatars vying for the crown.

2B jumps into the world of Fall Guys with her trademarked short white hair, eye patch, and mini skirt—all toned down to better suit the battle royale’s rating, and to work with the bean-like structure of the characters. At this point, it’s unknown whether other parts of the NieR series will also be joining Fall Guys, though adopting other aspects of NieR’s story-centered bleak universe may prove difficult in a colorful party game.

2B will be available to purchase from the Fall Guys store for a limited time starting June 18. Other collaborations do rotate within the store from time to time, but it is currently not clear whether the 2B skin will be returning after this limited duration.