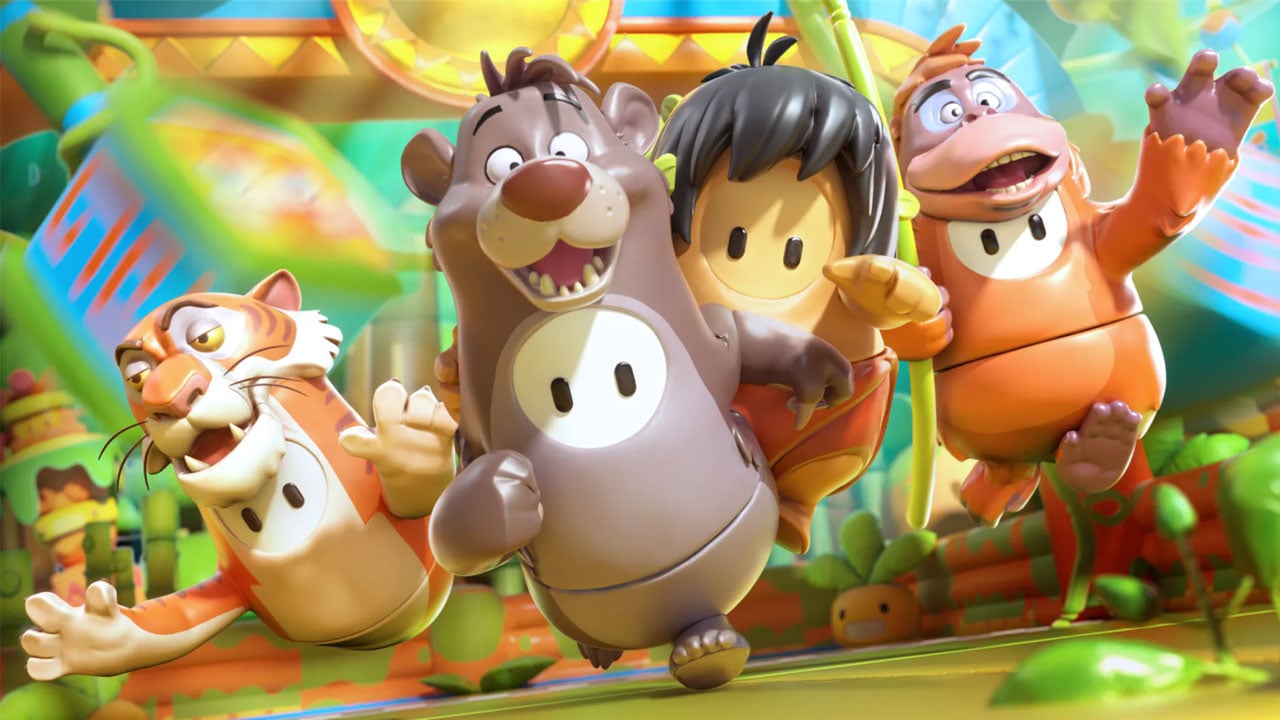 Most free-to-play games use a business model centering around microtransactions. This is how developers sustain their games to fund their titles’ day-to-day operations and their employees, who continue to keep the games alive.

These free-to-play games utilize their microtransactions system in a variety of ways. The skins and costumes that players can use for their characters are one of those ways. These skins usually vary in rarity, with the more expensive ones having the higher tier. Though a skin’s beauty could be subjective, and a rarer skin does not necessarily mean that it is more beautiful, the more expensive variants are, the more detailed the overall aesthetic.

One of the games where skins or cosmetics are being highlighted is Mediatonic’s platformer battle-royale game Fall Guys. And with the game now being free-to-play, we can expect more skins coming to the game from time to time. Yet there are already some skins in the game which can already be seen as favorites.

Here is our list of the 15 best skins and costumes in Fall Guys, ranked based on aesthetic, design, and overall impact on the community.

This is a crossover skin with the main character in the Guy Spelunky franchise. It became popular with fans when it was released as part of the season pass during Season 5 (Legacy) of Fall Guys, especially when its lower part became free even if it was a Legendary skin. Guy Spelunky’s overall aesthetic was greatly seen in the skin’s design, making it a favorite among fans.

King Gidorah is the archenemy of Godzilla, and skin was made in Fall Guys that resemble a cute version of this three-headed monster. It was released alongside the skin of its archrival, but it was the details seen on the King Gidorah skin that stood out, especially with its wings and fins on the arms. The shiny yellow color also made it elegant to look at.

Probably one of the most iconic WWE superstars in history and now a hall of famer, the Undertaker skin became a hit in Fall Guys. The menacing and fierce looks of the “Phenom” or “Dead Man” was greatly depicted as a much cuter, lighter design when it entered the game. The fact that the skin was based on The Undertaker already makes it a valuable one.

Another Legendary skin in Fall Guys, the Deep Diver costume, resembles an underwater astronaut wearing armor that is used to explore the deepest parts of the oceans. Its brownish gold color and the shining purple-like lower part of the skin look prestigious. The upper part also gives a different flavor compared to the usual Fall Guys skins where the character’s eyes are shown.

The Space Cruiser skin in Fall Guys makes the character of the player some sort of a rocket that is ready to be launched into the sky. The color combination of brownish orange for the tip of the rocket and the leg part, the checkered blue, green, and white on the body, and the shining stars that surround the rocket make the Space Cruiser skin a viable collector’s item in the game.

10) Among Us crossover skins

It would probably be a big move for fans if two popular games collaborated. And that happened when Fall Guys featured a skin based on the famous crewmember characters of the hit 2018 online multiplayer social deduction game Among Us. The crewmate skins became so natural in Fall Guys since their bodies are almost similar in shape and size. And, of course, seeing the crewmates engage in obstacle courses can be a treat for fans.

Disney’s The Jungle Book also made its way to Fall Guys last year through the skins featuring some of the show’s characters. It includes the series’ main villain, the gruel, evil tiger Shere Khan. Mediatonic produced a skin resembling the orange fur of the tiger, along with the black and white strips that made its user like a menacing threat from the jungle.

Another Legendary skin in the game, Crown Rank players can purchase the Marblellous costume for 4500 crowns. This skin resembles a golden and white angel decorated with a shiny golden crown and necklace bolsters its elegance. Its belt also shines brightly, possibly bringing prestige to those who can use it in the game.

With the Horizon franchise of games being one of the most successful game series to date, Mediatonic also decided to bring its main character, Aloy, to Fall Guys. The Aloy skin greatly depicts the Horizon protagonist, from head to toe. The details of her hair and body attire were all seen in the skin and the garments placed in her arms, which are part of Aloy’s standard costume in the Horizon games.

Most Golden skins in Fall Guys are classified as Legendary, even if it depicts a hotdog costume. The Golden Hotdog costume is real in the game, though it was only available for a limited time, specifically during the last year’s Glizzy Gang Showdown event. Still, there are a bunch of Hotdog skins players can purchase through the regular way in the game, but a Golden Hotdog is something worth collecting and a possibly irresistible treat.

If we talk about some of the most aesthetically pleasing skins in Fall Guys, the Falltron skin would most probably be included in the list. This skin resembles a robotic-like creature with various techno and sci-fi elements, such as its helmet, body armor, mechanical wings with rocket, and more. The standard Falltron skin is colored white, while a Falltron Destiny costume is covered with red. Both of the Falltron skins have a bit of golden touch seen on their crowns and shoulders, making them some sort of a must-have skin for collectors in Fall Guys.

When we talk about carnivals or festivals, it may entail a colorful celebration in the streets where people enjoy partying. And in the case of Fall Guys, one way the game brought festivity to fans is through the Carnifaller skin, designed with vibrant colors and a different festive aesthetic.

The skin has a headdress, a familiar design piece seen in festivals and carnivals. Its upper body is also filled with beads of red and orange, while the inner design is mostly covered with black and blue shades. And one thing that makes the Carnifaller skin more enjoyable is its availability since players can easily get the skin once they reach Level 6 in the Fame track.

The Djinn skin in Fall Guys established its identity in the game as the first to have invisible feet, since it depicts a djinn, an invisible creature in the early re-Islamic and Arabian culture. Its body is mostly covered in green while wearing a violet vest with a red border and symbols colored in light orange.

The skin’s mustache and goatee, along with the ponytailed hair, provide a genie impression and the rings placed on its arms and hair. The Djinn skin belongs to the Legendary tier, alongside its Lord of the Lamp variation. The only difference between the two is the color of their parts, though the design structure is just the same.

Topping our list of the best skins in Fall Guys is what could be regarded as the most prestigious skin in the game based on looks and design, which is the Golden Knight.

The Golden Knight skin is the token that can be received when players reach the 50th rank of the Crown rank system, the highest rank a player in Fall Guys may reach. To be precise, a player must win 339 crowns to get the Golden Knight skin. And that is something challenging to achieve.

Its variations, known as the Dark Knight and Paladin costumes, could be notched easier, though. Mediatonic gave the former to a handful of players who are members of the game’s Discord server during their anniversary, while the latter can be nabbed when a player buys the Dragon Hunter DLC. But the prestige and honor of the Golden Knight skin makes its significance to the game like no other, and arguably the best skin in Fall Guys.