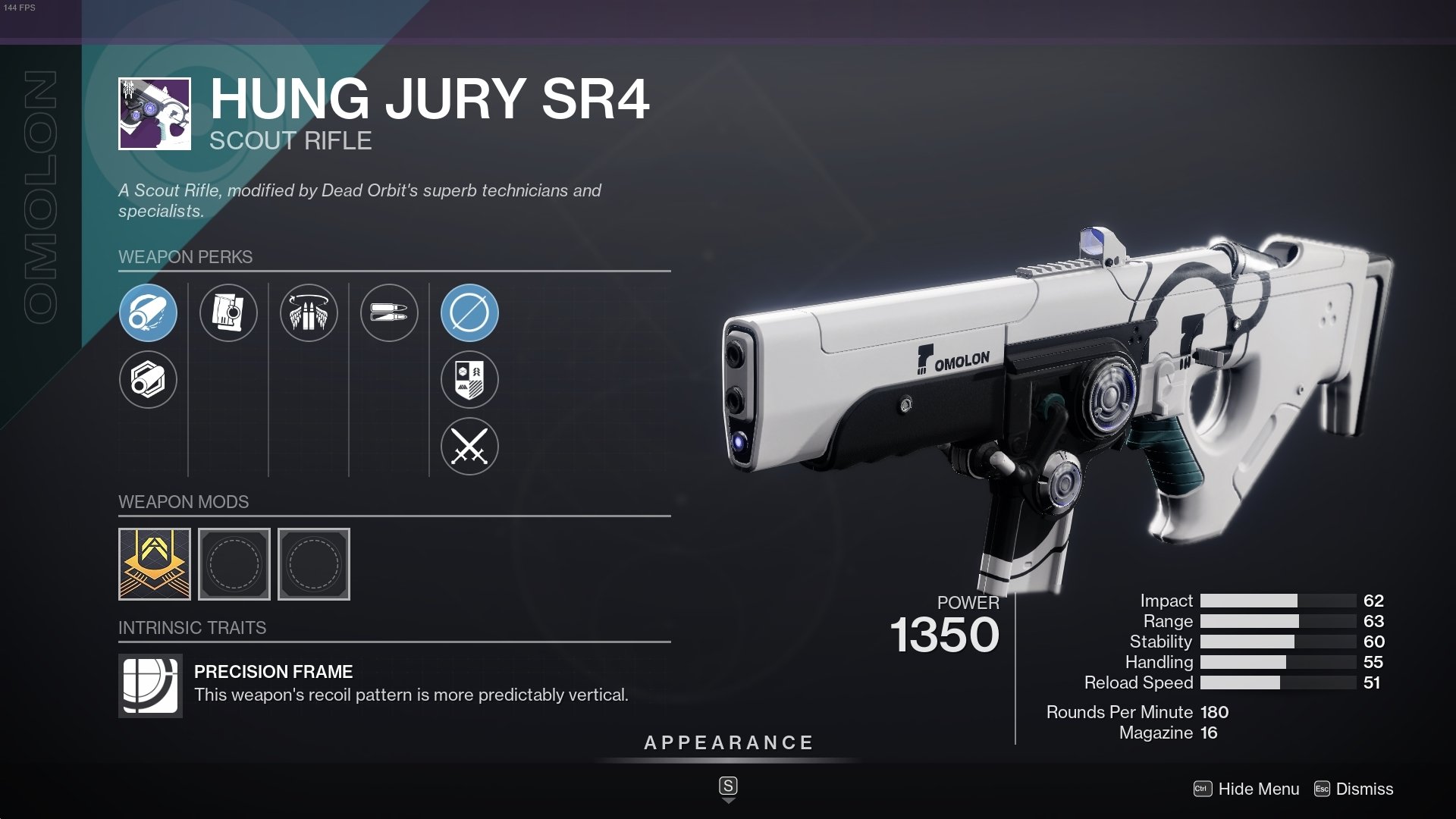 It’s a tough time to be a scout rifle fan in Destiny 2.

Scout rifles have seen better days in the past. Right now, scouts are still weak in the meta of loadouts to use in Destiny 2, easily outclassed by most other weapons and archetypes. But that’s not to say there’s no fun to be had with them.

Players need to employ a different kind of playstyle to get the most out of scout rifles. Whether it’s in PvE or PvP, scouts work best at a distance and with a lot of patience. You need to hit headshots for scouts to maximize their potential and damage.

Some scouts are very fun in PvE, and since you need to use them depending on what the current seasonal mods are, it’s good to know which ones to employ when you need to use it for a certain activity, like Nightfall Strikes or anything where a Champion is present.

Here are the best scout rifles in Destiny 2, for both PvE and PvP activities.

Source: Season of the Haunted

Source: Legendary engram as of Season of the Lost