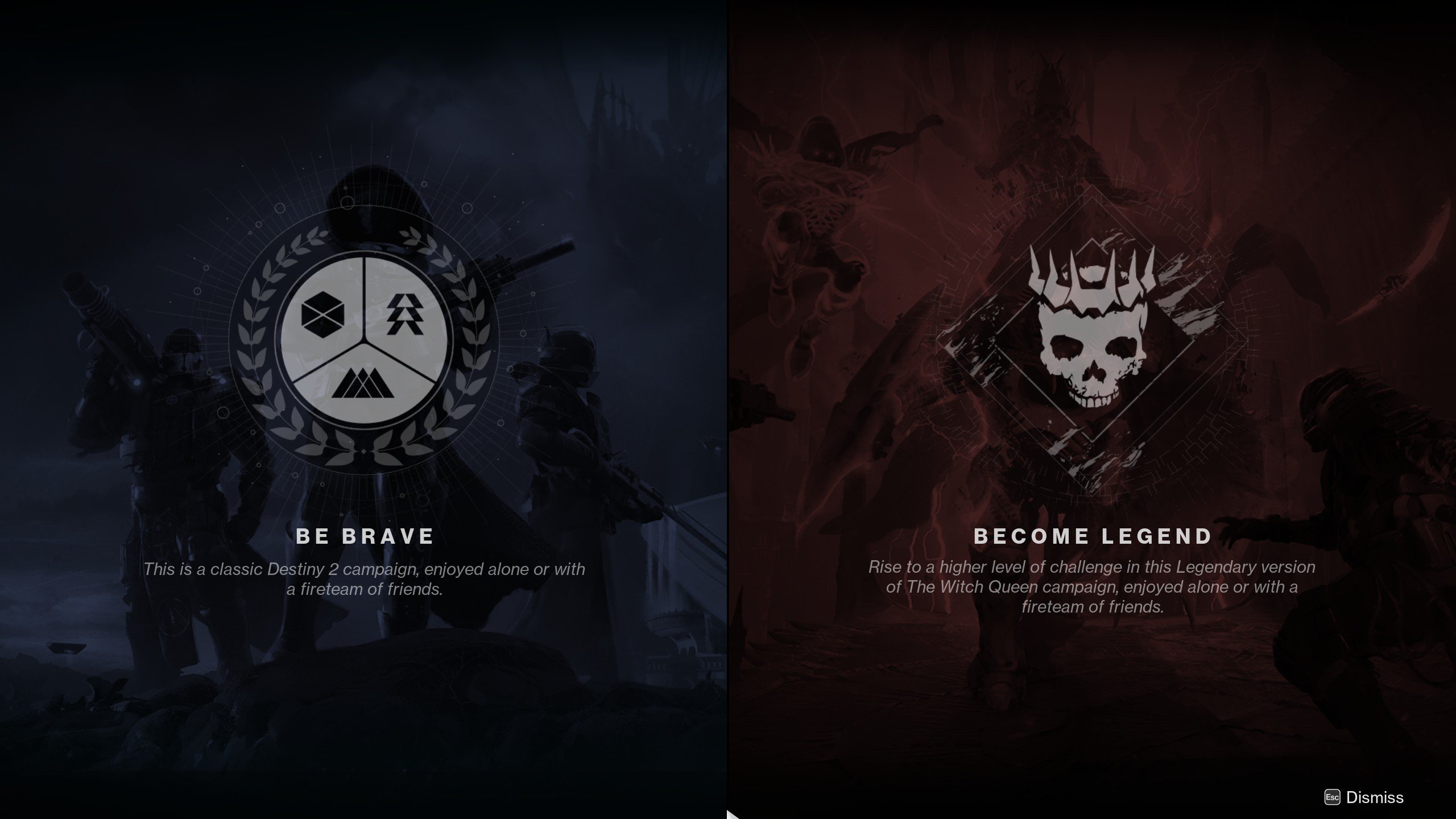 For seemingly the first time, Bungie is offering Destiny 2 players a difficulty choice when it comes to the latest campaign for The Witch Queen expansion, released on Feb. 22.

Players who load up The Witch Queen for the first time will be treated to a short cinematic after they select a character. But before the next part begins, they must make a choice: Be Brave or Become Legend? Normal or Legendary?

Don’t panic, choosing an option doesn’t lock you into that one choice forever, and choosing the Normal option doesn’t prevent you from earning the extra rewards you can get from completing the campaign on the Legendary difficulty mission. Let us explain, guardian.

What’s the difference between Normal or Legendary difficulty?

Normal difficulty, or “Be Brave,” is the “classic” Destiny 2 experience, recommended for all players. The normal difficulty of various PvE activities you’ve played in the past is the closest comparison. There will be challenging bosses and moments, but nothing too extreme.

The Legendary difficulty, or “Become Legend,” is recommended for “experienced” players who want to face “harder missions and stronger combatants.” Generally, enemies will have more health, higher resistances, better aim, and more aggression. There will also be higher level bosses.

In a Feb. 10 blog post, the team at Bungie described the Legendary campaign as “harder than a Legend Nightfall, though it is easier than a solo dungeon or running a Grandmaster Nightfall.” The campaign also scales to fireteam size on Legendary.

What are the Legendary campaign rewards?

Completing a mission on Legendary will earn you double chest rewards, with an extra one to three chests per mission. Completing Legendary missions also earns you Throne World armor at a higher rate.

If you complete the full Witch Queen campaign on Legendary, you will receive:

Players will be able to replay all missions at any difficulty, so you can always go back and play again at a higher difficulty and still earn the rewards. If you start a mission on Legendary and it’s too challenging, you can also restart the mission on Normal.