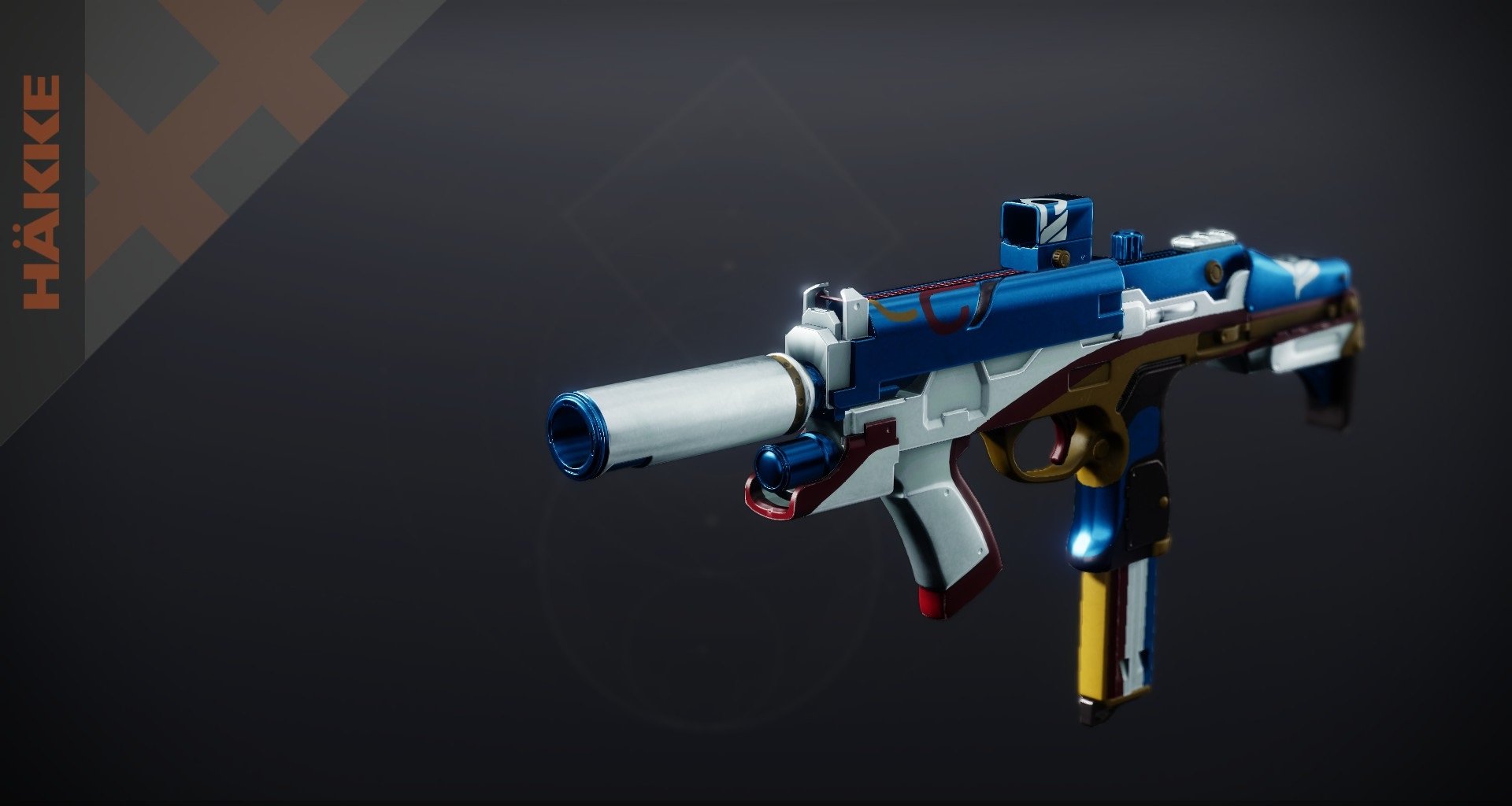 Destiny 2‘s Guardian Games 2022 brought its traditional class-against-class competition, but this time, the event also added a series of new additions to the mix.

Though most of the changes include the actual functioning of Guardian Games, players who brave the competition and earn medals can get the event’s unique SMG, called The Title, which comes with a series of perks and a unique origin trait. It also has the Hakke Breach Armaments origin trait, which deals increased damage to vehicles, turrets, barricades, and Stasis Crystals. Thanks to the Classy Contender origin trait, The Title might even give Shayura’s Wrath and Funnelweb a run for their money, depending on what rolls you have on them.

The Classy Contender origin trait allows The Title to refund some of your class ability energy after getting a kill, similarly to how Demolitionist works with grenades. While Hunters are already salivating at the prospect of even more dodge uptime, that’s not the only value The Title brings to the table. With perks such as Grave Robber, Perpetual Motion, and Stats For All in the third column and One For All, Swashbuckler, and even Vorpal Weapon in column four, there’s plenty of reason to get The Title. Here’s how you can get it.

How to get The Title SMG in Destiny 2

The Title is only available from Guardian Games, meaning players will have to wait until the event is ongoing to grab a copy of their own. Players can obtain various extra copies of The Title by depositing Medallions in the Tower, with higher-tier Medallions granting you more chances of getting The Title (and even multiple versions of it in a single turn-in).

In Guardian Games 2022, players can obtain their first copy of The Title by completing the Best In Class quest, which kickstarts the event. The quest has players earn Laurels and Medallions, which are part of the gameplay loop during Guardian Games. This year, Laurels drop from ability kills or by taking down “especially powerful combatants with your Guardian Games class item equipped,” according to Bungie. Medallions, on the other hand, drop from completing ritual activities or by finishing Contender Cards, available from Eva Levante.

After talking to Eva, she will send you to Zavala, who will ask players to complete an activity in the recreational playlist and gain medals in a Vanguard activity. Much like Crucible and Gambit, players can obtain those in the recreational playlist by achieving a series of feats, such as killing enemies with explosive or close-range weapons or just by maintaining a killstreak.

Finishing the quest will give players their first copy of The Title, and subsequent rolls have a chance of dropping from Eva’s Guardian Games rewards. These are accessible with Eva Levante after clearing Medallion thresholds as listed in the Medallion Case, which counts as a quest.