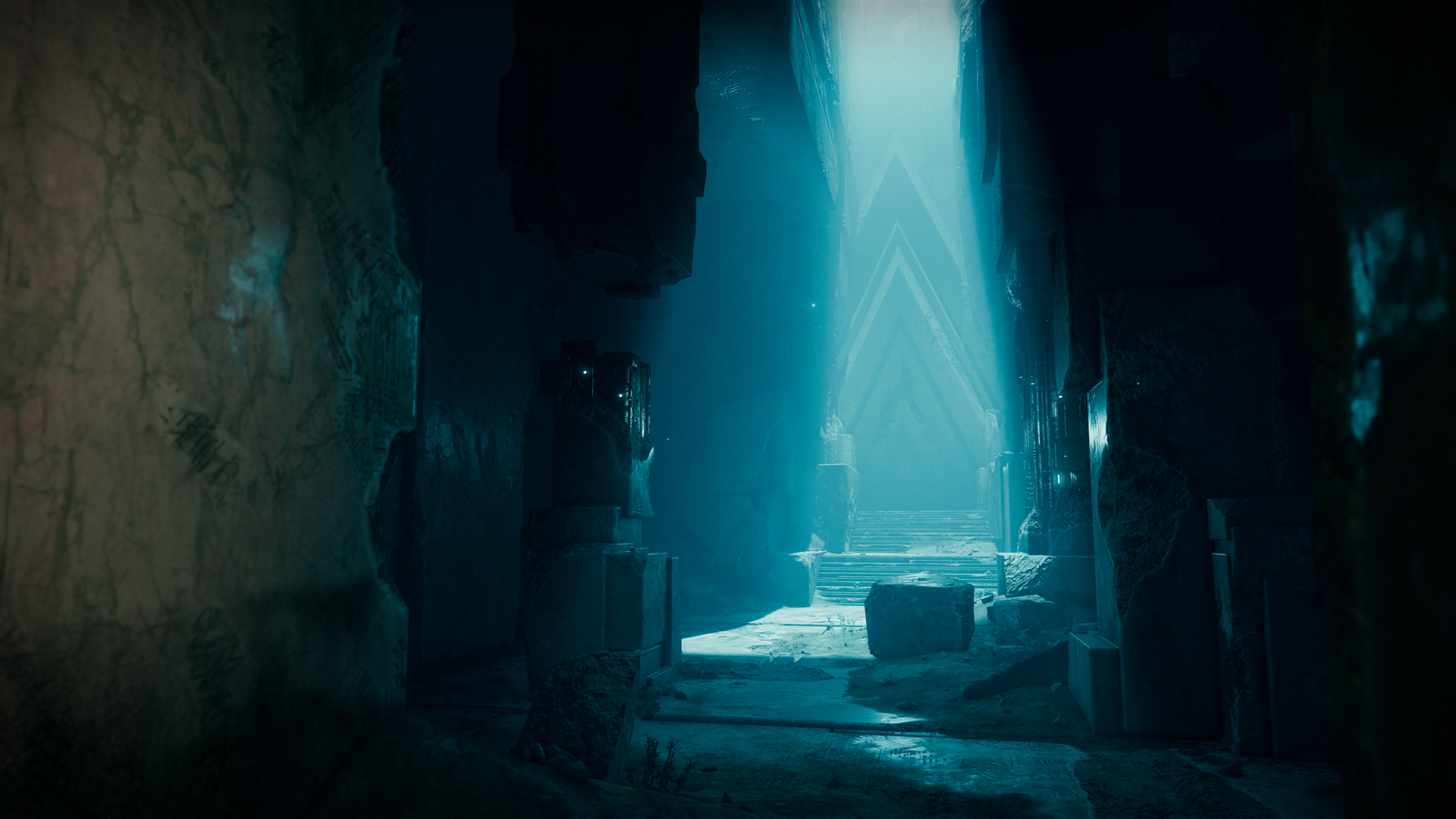 Players who master Destiny 2‘s Vault of Glass raid will receive the coveted Fatebreaker title. Like other raids, Vault of Glass has a time-gated challenge that rotates every week, in addition to other triumphs for all encounters. And that’s not all.

Players looking for Fatebreaker will have to dive into the Master version of the raid, which comes with an extra layer of danger, a horde of Champions (including Barrier), and Match Game. Guardians brave enough to complete the weekly challenge will come out with Timelost versions of the raid weapons, which can equip Adept mods.

Related: All Vault of Glass weapons in Destiny 2

Like other raids, Vault of Glass also offers a handful of fixed challenges available at any time, adding extra steps to some encounters. Here’s how to get Fatebreaker in Destiny 2.

Players can complete these at any time. There’s one for each encounter, plus one for Waking Ruins and another for the Gorgons’ Labyrinth (even though they aren’t full-fledged encounters). Unlike the weekly challenge, failing these won’t show a warning.

Break No Plates: Complete the Waking Ruins encounter while not losing a single plate to the Vex

The tricky part about this triumph is the beginning, and players should get to their positions as quickly as possible. If you’re looking to guard the ledge on the right side, a Stasis Warlock can throw down a Bleak Watcher to buy some time before getting in position. Other than that, it’s a straightforward objective: bring a void weapon for Minotaur shields and something heavy to take out the Cyclops that appear on each side.

Dragon’s Den: Complete the confluxes encounter while defeating Wyverns with only Super damage

This triumph sounds far trickier in theory than in practice. Players should have a high-damaging Super (Nova Bomb or Chaos Reach for Warlocks, Thundercrash for Titans, and Golden Gun or Blade Barrage for Hunters). Bring your Exotic armor piece of choice, masterwork weapons, and preferably high Intellect. Bad Juju or weapons with Thresh can generate extra Super energy, too.

Take Cover: Don’t defeat any Hobgoblins during the Oracles encounter

The pesky Hobgoblins are one of the trickiest parts of the Oracles encounter, and for this one, the fireteam must keep all of them alive. Pack some healing—Wells of Radiance, healing grenades, Wormhusk Crown for Hunters, and Bubble for Titans are all good alternatives. Since the Oracles encounter doesn’t require Supers with high damage, players are free to pick options with more sustain or crowd control if they want to cross this one out of the list for Fatebreaker.

Not blocking the Templar’s teleport means that guardians will have to pace their damage phases and do Oracles in between each one. Tempered Teleport is still one of the easiest challenges on the list, though, and players can finish it in two or three phases without much trouble.

If you’re looking to try this triumph, bring high Intellect and a source of Stasis to delay Praetorians. Salvation’s Grip, Bleak Watcher, and Cryosthesia all work.

To complete Rabid Relic, players can only kill the Praetorians with Relic Super damage. Shield bashing before shooting will fail the triumph. High Intellect makes the Relic Super charge more quickly and minimizes wait time, while Stasis can hold down Praetorians until the Super charges.

For the most part, the encounter will run as usual. Players will have to swap the shield between portals as usual, and Stasis comes in handy for crowd control.

The trickiest part is taking down the three Praetorians at the end of the encounter, after the new conflux appears in the middle. Bring Bubbles and Wells to generate orbs and continue freezing Praetorians while the Relic super charges. To be safe, wait until they’re not frozen to hit them with the Super.

Eyes on Atheon: Defeat Atheon without destroying any Supplicants

To get this triumph, players can’t take down any Supplicants. If the Vex blow themselves up, however, it’s fair game.

The team that has to open the Portals must be cautious. They can send one guardian to trigger the plate and fall back or bait the Supplicants if they’re brave enough.

Too Fast, Two Gorgons: Complete the Gorgons’ Labyrinth encounter while defeating two or more Gorgons within three seconds of each other

Wardcliff Coil finally has a use outside of cheap Gambit invades thanks to its unique interactions with Gorgons. Pair it with high-damage Supers and it’s a fireteam’s best chance to take out two Gorgons in quick succession.

One of the best places to get this triumph is the room with the secret chest and the rally banner. Two Gorgons are usually nearby guarding the exit, so players can jump up and down to lure them and unleash the assault once the Gorgons take the bait. If several members of your team have Wardcliff Coil equipped, then you’re already one step closer to the Fatebreaker title.

Pearl of Glass: Find all of the collectibles hidden within the Vault of Glass

Players can’t get Fatebreaker without the Bitterpearl Shader. Even without the Pearl of Glass triumph, it’s a requirement for the Collections badge. We’ve covered all the 12 locations with more detail on our guide on getting Bitterpearl.

There are four hidden chests in Vault of Glass. The first one is the least hidden of the bunch: it’s right at the entrance to the Vault, after building the Spire and opening the door to the Vault.

The second one is in the secret path before Confluxes (drop down from the entrance to the Trials of Kabr instead of taking the left route, then double-jump to the opposite side). For reference, it’s where the fourth crystal for Bitterpearl stands.

The third is in the Gorgons’ Labyrinth. Players must shoot three boxes to open the door to the chest room, then make their way to a door to the right of the spawn point. Be careful with the Gorgons.

The last one is right before the entrance to the Throne Room. Instead of following the hallway, keep an eye out on the left side and jump on the pillars to make your way to the top of a nearby wall.

The weekly challenge for the Vault of Glass will rotate between five different objectives, one for each encounter. Like other weekly raid challenges, it follows the order of encounters, starting with the Confluxes challenge and rotating through Oracles, Templar, Gatekeepers, and Atheon. Below is a short version of the objective and a link to our detailed guides on how to get them.

The Master Vault of Glass challenges follow the same objectives as the regular version of the raid, but against stronger enemies. The extra difficulty makes Fatebreaker one of the most challenging raid titles so far, but completing each challenge also yields a Timelost weapon from the raid. They drop with two perks in each column, and one of them is guaranteed to be the curated roll.

Players will acquire nearly all the items for the badge as they progress through the raid. Crossing this one off the list involves getting the Bitterpearl shader from Pearl of Glass, all armor for at least one class, the Vaultstrider ship (reward for finishing Master VoG), and all weapons—including Vex Mythoclast.

Getting Vex Mythoclast, the raid exotic, is a matter of luck. It can drop from Atheon, but players only have three shots at it each week, and an unlucky streak RNG can turn Fatebreaker into a roll of the dice, just like Deep Stone Crypt’s Descendant.

Like other raid titles, Fatebreaker requires players to finish Vault of Glass with a fireteam made entirely of the same class and has additional challenges for each subclass type—Solar, Arc, and Void. Players must also finish the raid with a team made entirely of clanmates.