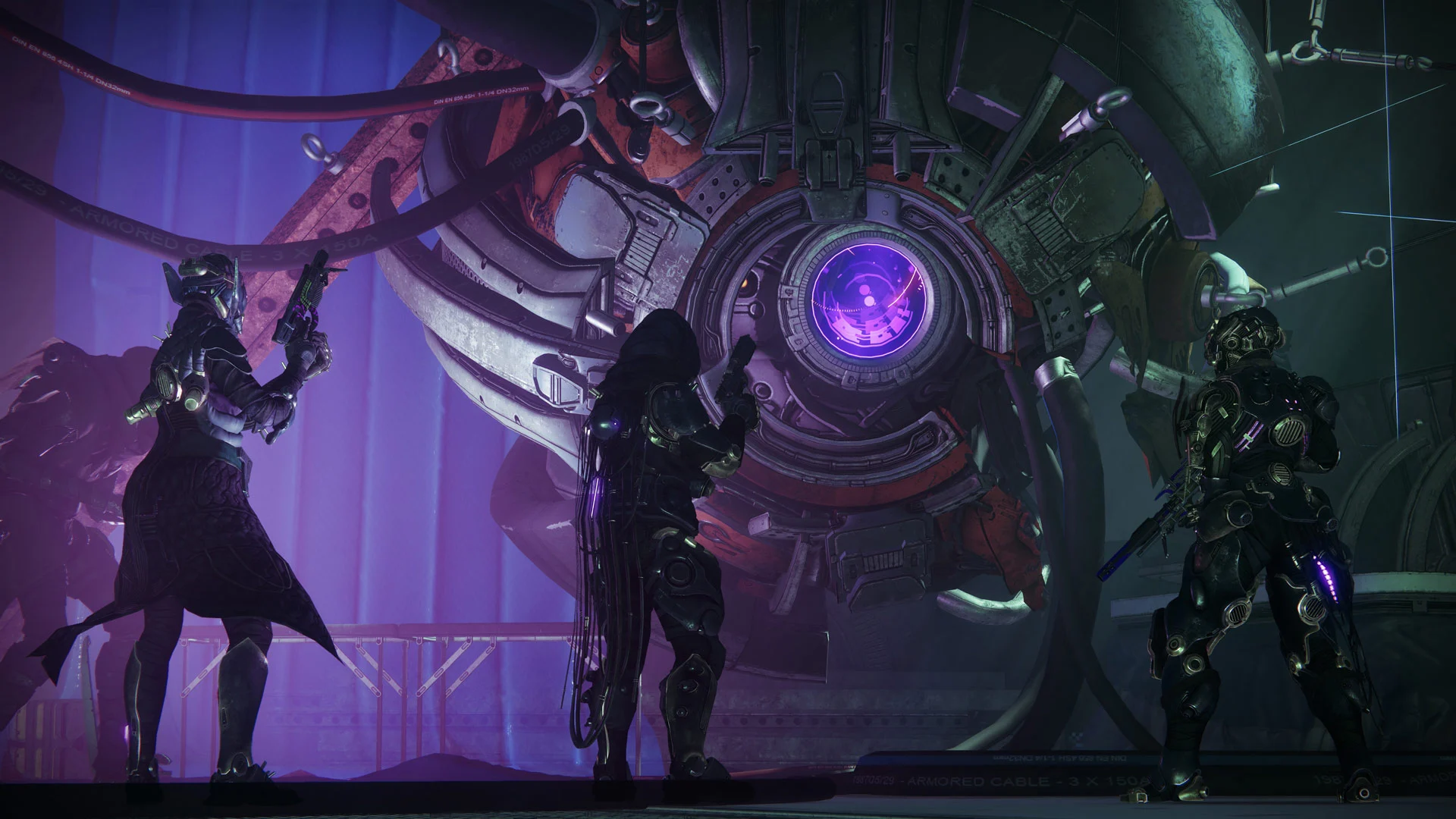 Destiny 2′s new seasonal activity, Override, sends a fireteam of Guardians deep into the Vex Network to disable it. There’s a constellation of variables involved in getting the best loot that Override can offer, including seasonal armor, new weapons from Season of the Splicer, and possibly Umbral Engrams.

The Eliksni gave the Guardians a Splicer Gauntlet to help take down the Vex. It’s located in the Quest tabs and functions like the Hammer of Proving in Season of the Chosen.

Much like in last season’s Battlegrounds activity, Override has a few new resources and each of them plays a role in making the missions more comfortable, thanks to perks such as more loot, less damage from certain sources, and even increased ammo. Here’s what each resource does and how to get it.

This resource is the first step in the new activity. Ether drops from killing enemies, completing playlist activities, or finishing Patrols and Public Events (Heroic ones yield more rewards). Hovering over the Splicer Gauntlet will show an additional source for Ether, which can be a specific activity such as Strikes. Guardians can only carry a maximum amount of the resource, although upgrades can increase its capacity.

Ether is the equivalent to Cabal Gold from Season of the Chosen. It serves to power up the gauntlet and create Key Codes, which give rewards from an additional chest at the end of each Override activity.

If Ether is equivalent to Cabal Gold, then Key Codes play the same role as the charges in the Hammer of Proving. Obtaining them, however, is far simpler. Players need to consume 50 Ether to create a Key Code, which allows them to open a Conflux Chest at the end of any Override activity. They contain seasonal loot, including new armor and weapons.

Like Ether, players can only carry a limited amount of Key Codes, but upgrades to the Splicer Gauntlet increase its maximum capacity.

The last resource drops at the end of every Override match, but players may also encounter an orange bar enemy called Network Anomaly during that activity. Killing it will drop additional Decrypted Data, which looks like Motes on the floor. In addition, seasonal challenges and some story missions in the Path of the Splicer questline will also reward players with Data and each character can do them at least once.

Decrypted Data is used to purchase upgrades to the Splicer Gauntlet. Unlike the upgrades in Season of the Chosen, however, improving the Gauntlet is not time-gated in any way. The resource is also consumed to focus certain Umbral Engrams depending on which Prismatic Lenses are unlocked.

Completing certain Seasonal Challenges will give out big amounts of Decrypted Data, which goes a long way in upgrading the Splicer Gauntlet to make Override more rewarding. That’s far from being the only source of Data, however, and this lets players effectively farm for their upgrades if needed.

Although it may look like a convoluted process at first, turning Ether into Key Codes to obtain Decrypted Data is far simpler than it sounds—and it gives Guardians an extra incentive to farm Override for better gear.