Destiny 2‘s Vault of Glass raid pits players against Atheon, Time’s Conflux. Defeating the final boss can be a tricky task, especially because shooting a single Oracle in the wrong order will wipe the entire team—and that’s not counting the horde of Supplicants that flock toward players between damage phases.

Luckily, defeating Atheon isn’t overly difficult. But it is a lengthy process that hinges on communication and each team doing its part.

Here’s a rundown of what to expect and what you need to know to complete the final encounter in the Vault of Glass raid.

There isn’t much to do in the first part of the fight. Take out the flying Harpies (but keep one alive so they don’t respawn) and clear adds until Atheon makes a move. The boss will lift its arm and send three players at random into one of the portals, temporarily splitting the fireteam into two squads—and both have to work together to make it out of the Vault of Glass.

The team inside the portal will have to shoot Oracles in the correct order. The catch is they can’t see the order and must rely on callouts from the outside team. The team inside the throne room must call out and keep one of two portals open.

Outside team: Callouts and Supplicants

The players who remained in the throne room will have to keep a close eye on Atheon. The boss will spawn three Oracles and the team will have to call them out in order. The squad inside the portal will destroy them and the damage phase will begin after three repetitions. Look for the Time’s Vengeance buff and the “guardians make their own fate” message to know when it starts.

If the team inside the portal shoots the Oracles in the wrong order or fails to destroy the three in time, the squad wipes. Here’s a callout diagram, courtesy of the raidsecrets subreddit:

Players who are confused can also assign numbers to the Oracles. The furthest oracles would be one through three starting from the left side, while the closest would be four through six.

One player must read and call out the order of the Oracles, while the rest must open the corresponding portal. The reader should stand in a safe location with a line of sight to the Oracles. The ledges on the Vex wall near the entrance constitute a perfect location to do so. 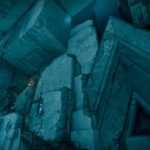 The other team will call out their location. “Venus” (right plate) and “Mars” (left plate) are the most common terms for the forest area and the desert, respectively. Whoever isn’t reading should capture the plates and hang on until the damage phase begins. Atheon will send out waves of Supplicants, which can be deadly, but standing atop the pillar on each plate makes for a reasonably safe hideout.

Inside team: Oracles and Relic

The team that goes inside the portal will have to juggle a few balls in the air. Two guardians must shoot Oracles in the order that they spawned inside the throne room based on callouts from the outside team. The third player must hold the Relic (from the Gatekeepers and Templar encounters) to cleanse allies and take out shields if needed.

The other two sides are copies of the throne room and have the same layout. Players will spawn on the other side and must make their way across the room or run the risk of inverting the callouts from the outside team. Note the position of the entrance and the glass throne to orient yourself when heading inside. 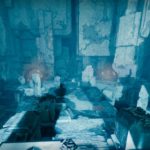 Three spots are most suitable: the last platform across the room, the middle plate, and the part where Atheon spawns. The first one is the safest, but the last choice lets you make a quick getaway.

Regardless of where you set up, the Relic holder has to periodically cleanse allies to rid them of the Marked by the Void debuff, which turns the screen black. This debuff will extend to anyone who went through a portal before or during the damage phase.

After shooting three rounds of Oracles in the correct order, players will have to rush back to the throne room to meet up with the rest of the fireteam and deal damage to Atheon. It’s good practice to cleanse before heading through the portal, shortly after teleporting back, or when everyone is set up to do damage.

Guardians make their own fate

The damage phase will begin as soon as guardians destroy the last Oracle in the third sequence. Guardians will see the Time’s Vengeance buff ticking down, which allows them to deal damage against Atheon for 30 seconds. It also dramatically increases Super and ability regeneration.

Players can set up on the stairs in front of the portals to make the most out of the damage phase or run to the middle plate to shoot (in our experience, the stairs work better). The Marked by the Void debuff won’t disappear, so one player will have to cleanse the team frequently. Any guardian who enters the portal during this phase will also receive the debuff. Bring your guns and high-damaging Supers until around the 20-second mark.

Atheon will lift its arm with approximately 20 seconds remaining in Time’s Vengeance. A randomly selected guardian will receive the Imminent Detain debuff and have five seconds to get away from the team. Atheon will trap them in a bubble when the timer ends and anyone within range will also get stuck. Keep an ear out for the unmistakable sound effects and a close eye on the left side of your screen.

We recommend moving to the middle platform since it’s safer, but players can also run toward the back. Keeping a safe distance, however, is essential. Losing the detainee is better than losing several guardians or even wiping.

After the damage phase ends, players have to wait until Atheon opens the timestreams again and repeat the process until they defeat Atheon, or the boss gets enraged after four failed phases.

Well of Radiance is one of the most valuable abilities in Destiny 2 and having one of them is nearly mandatory if players want to survive Atheon’s attacks during the damage phase. Other Warlocks can also run Chaos Reach with Geomag Stabilizers or Nova Bomb.

Titans should run Thundercrash or Bubble, though middle tree Sunbreaker can work with three stacks of the Roaring Flames debuff thanks to the ability regen from Time’s Vengeance.

Hunters can use the trusty Golden Gun or take advantage of the extra Super regeneration to run Blade Barrage with Shards of Galanor. Keep in mind that Blade Barrage will move you around, though.

As far as armaments go, players should pack a weapon for taking out Oracles in addition to their boss-damaging guns. Snipers or scouts work. Xenophage will destroy them in one shot, but it takes up your heavy slot.

For Atheon damage, Anarchy pairs well with Salvager’s Salvo’s Demolitionist and Vorpal Weapon perks since Time’s Vengeance lets you spam grenades—and it saves you some ammunition. Null Composure also can be an excellent choice. And, of course, snipers are always a solid (albeit less ammo-efficient) choice.

Season of the Splicer lets players apply debuffs to Atheon with Breach and Clear. Without that Artifact mod, though, guardians can use Divinity to debuff the boss and create a generous critical hit spot. Regardless of gear choice, players should throw their grenades whenever they get a chance and all classes have tools to deal colossal damage to Atheon.