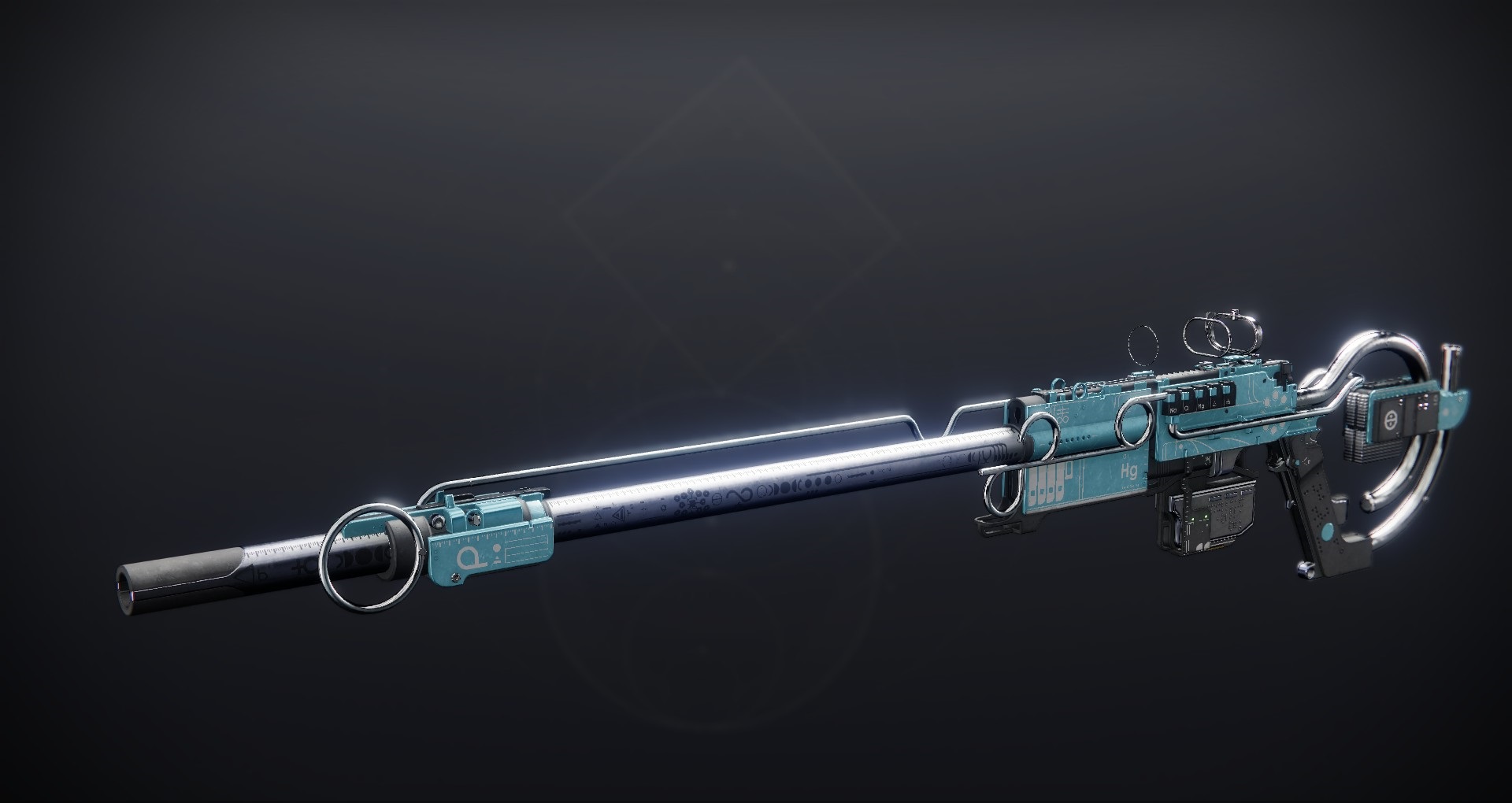 Father’s Sins is arguably one of the most unique snipers to land in Destiny 2 recently, reaching the game as part of the Wellspring activity. This Void 140rpm sniper rifle comes with a series of unique characteristics and a solid set of perks to choose from depending on what you want to achieve with the gun.

As an added bonus, the weapon’s scope is different than most and doesn’t blackout most of the screen. Instead, the came shows everything you need to know, giving you better awareness of your surroundings. Pair that with its unique design and sound effects and you have easily one of the most comfortable and alluring snipers in Destiny 2. And with Wellspring drops tweaked in Hotfix 4.0.0.3, odds are finding a Father’s Sins will just be a matter of time if you’re playing the activity on the correct day.

The main allure of Father’s Sins hardly lies only in its beauty, though. Some of its perks make for deadly or comfortable combinations, with utility and damage perks alike for all activities. Here’s our god roll for Father’s Sins across both PvP and PvE:

This is our god roll for both activity types in Destiny 2. God rolls vary based on players’ preferences and playstyles, but we’ve focused on perks that would prolong damage in PvE for boss damage. In PvP, we went for what helps accuracy instead of necessarily improving damage output. In both cases, we prioritized handling and magazine size since snipers already have a good amount of range. Players can opt into range if they roll Snapshot Sights, though handling will improve swap speed as well. Here’s a breakdown of the perks on Father’s Sins so you know what to keep and what to send to Banshee-44.

One of the monarchs of sniper rifle rolls, Triple Tap is available on Father’s Sins, and it’s easily one of the best PvE perks you can get in this sniper. Snipers excel at doing critical damage, and this perk gives you a little extra in the magazine so you can continue dealing critical damage.

Field Prep or Lead from Gold

If you can’t score a damage perk, then you can get some tremendous utility out of Field Prep and Lead from Gold. If you get some Heavy ammo, Lead from Gold will give you some Special as a bonus. Field Prep, on the other hand, improves your reserves and gives you faster reloads when crouched. They don’t come close to Triple Tap, but they’re far from bad choices.

Shoot to Loot is a circumstantial perk that’s easily up to player preference. It’s hard to justify taking it over Triple Tap, especially if you’re using Father’s Sins for Champion or boss damage, but Shoot to Loot can come in handy in specific situations, especially in higher-level content. It’s not a bad choice, but odds are you’d get more value out of other choices in the column.

No Distractions, Under Pressure (PvP)

No Distractions is particularly useful in PvP since it helps steady your aim against incoming flinch, a fairly common happening in the Crucible. It’s easily the best PvP perk in the first column for Father’s Sins. Under Pressure is a far-off second place, but it can also work because of how the Special ammo economy in PvP—and because you won’t really get much use out of the rest in the Crucible.

Triple Tap and Focused Fury go well with each other, providing more of a buffer so players can activate Focused Fury and can get more use out of the damage buff by delaying reloads. That said, the damage-boosting perk is also an excellent choice, especially for boss damage. The other alternative for boosting damage in Father’s Sins is Rampage, and though it can help with taking out individual enemies, you want to take Focused Fury for dealing with anything sturdier or without any adds.

Snapshot Sights is one of the best utility perks for any sniper, and one you’ll get some benefit out when you aim down sights—evidently, an integral part of sniping. In the Crucible, though, this takes even more value since even a split second can help you land a killshot on an enemy.

Rampage is one of the best damage-boosting perks in Destiny 2, though it’s more commonly seen in god rolls for Primaries or other workhorse guns. Rampage can crank up the damage numbers on Father’s Sins if you kill enough enemies before it, but for boss damage, Focused Fury is really the way to go in this column.

Sometimes, one shot is all you need, and Opening Shot can help you connect that lethal shot by giving your weapon extra accuracy and range in the first bullet. You don’t need it that much in PvE (and it’s hard to justify it over Focused Fury), but it can be a solid second if you can’t find a Father’s Sins with Snapshot Sights.

Turnabout is a fairly situational perk, and though you could make an argument for taking into a higher-level Nightfall or similar, odds are you’ll want Focused Fury to make the most out of the weapon’s damage when bursting down Champions or bosses. Though circumstantial, Turnabout can be handy depending on what you need and what elemental shields you’re up against.

Eye of the Storm (PvP)

Eye of the Storm is one perk that you’d rather not have proc, but it can make a difference when it does activate. It triggers on you’re lower on health, boosting accuracy and handling. That said, it’s hard to justify taking it over Snapshot Sights or even Opening Shot in PvP because of how little use you’ll get out of it comparatively.