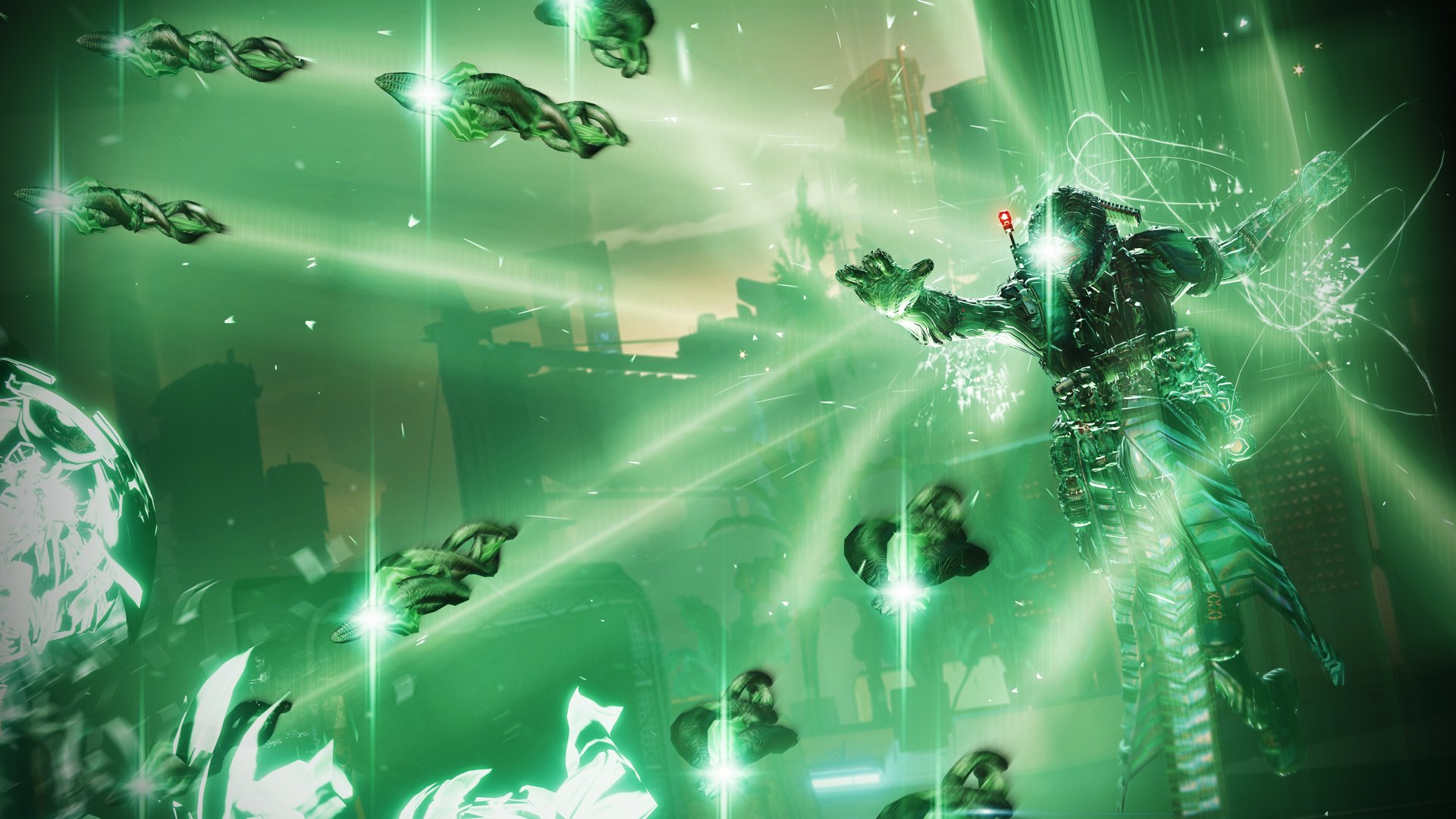 Next year’s Destiny 2 expansion, Lightfall, is handing Guardians a new way to tap into the Darkness and grow their power against the threat of Calus and The Witness through a new subclass, Strand, that draws its strength from a hidden psychic realm.

As with Stasis before it, introduced back in the Beyond Light expansion, Strand is a power that players will have to discover and learn to harness properly. But unlike other subclasses currently in Destiny 2, Strand is an entirely new power to the universe rather than one seen in the hands of other foes and allies. Characterized by a synthetic neon green weave, the subclass focuses on heightened movement abilities and devastating area-of-effect impact.

That heightened movement comes in the form of a grappling hook that all three classes will have access to. Bungie explained during the showcase that the grappling hook was originally reserved for the Hunter, but playtests pushed them in the direction of making it universal utility for swinging around the urban landscape of the new destination on Neptune. This grappling hook doesn’t require surfaces to latch to if none are nearby, instead able to manifest its own latch points so it can be used whenever and wherever.

Supers for the Hunter and Titan lean more toward close-range damage, with the Hunter summoning and wielding a rope dart while the Titan weaves a set of claws onto their fists for devastating spin attacks and follow-ups. Warlocks get a bit more range with their Strand Super, telekinetically pulling power from the psychic realm to release a barrage of missiles that, when they impact something, can re-weave themselves into different forms.

More information about Strand and its potential for builds and end-game combat will no doubt be released in the coming months as Lightfall’s launch edges closer. But for now, the second Darkness subclass in Destiny 2 is looking to reinvent the wheel when it comes to mobility in combat for the franchise.

Strand will be available in Destiny 2 when Lightfall launches in February 2023.