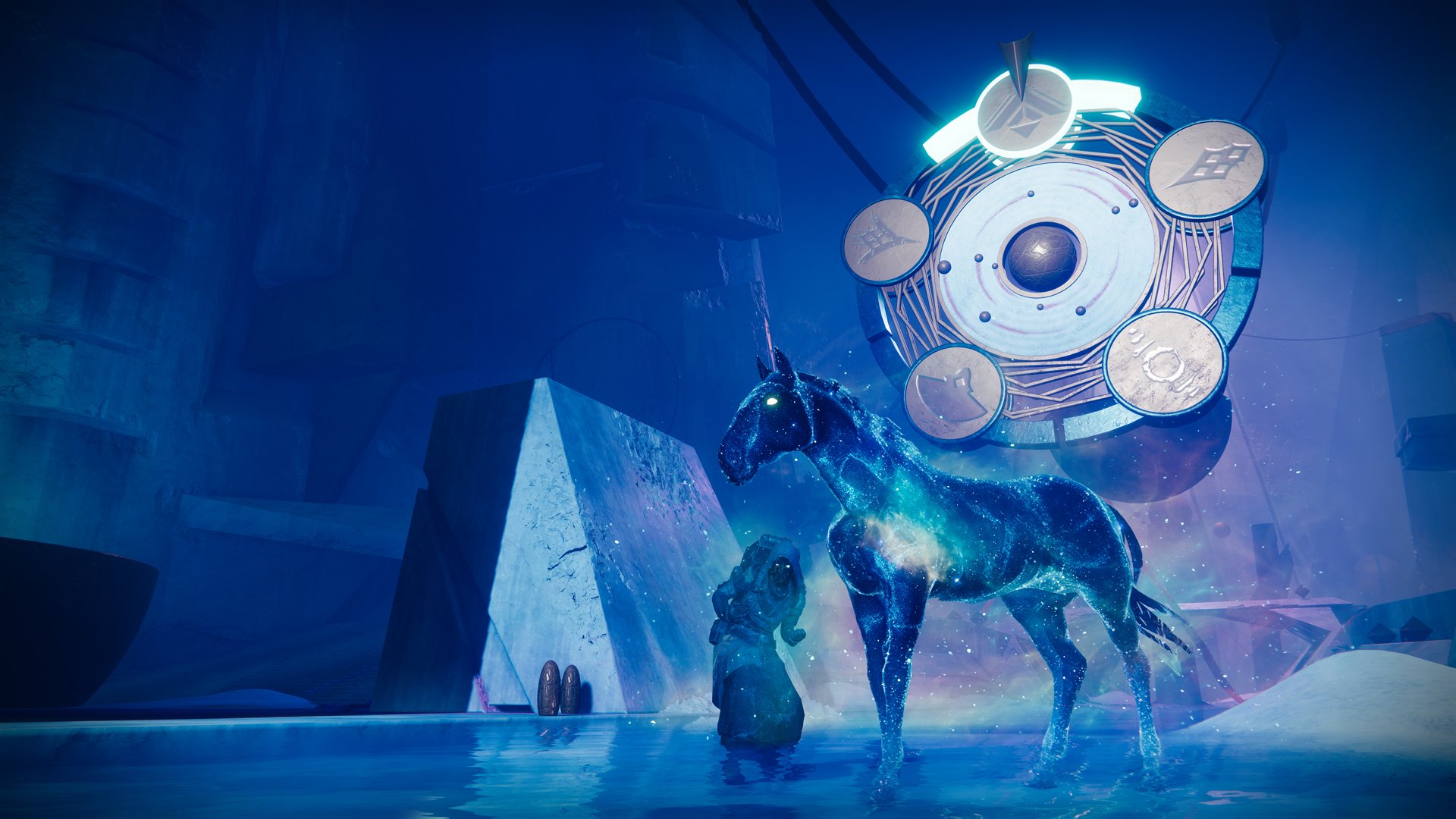 Destiny 2‘s Dares of Eternity exists in its own pocket of reality in Xûr’s realm of Eternity. Launched as part of the 30th Anniversary Pack DLC, Dares brings a series of items that can only be obtained there—though not all of them are new.

With large parts of content being removed from the game with the release of Beyond Light and Bungie updating world drop pools to include new weapons, some items were lost in the galaxy. Luckily for players, though, Xûr doesn’t abide by mortal rules, and his Dares of Eternity allow players to obtain some items that aren’t available anymore.

Each week, the Dares of Eternity pool shifts to include a set of armor from vaulted destinations and weapons that rotated out of the world drop loot pool since Beyond Light, such as Gnawing Hunger or Falling Guillotine. Additionally, Dares of Eternity is the only way to get the 30th Anniversary weapons such as BxR-55 Battler or The Other Half, which may drop at the end of an activity completion or from the chest by Xûr in Eternity.

Dares has three different loot pools for world drop weapons, which rotate weekly (the 30th Anniversary weapons, however, are a constant). This means players have access to one set of weapons and armor each week, so if you’re looking to farm for something specific, make sure to align your farming on the right week (and exchange your Strange Coins for Legendary Engrams at Starhorse for possible drops from that pool). Here are all the reward pools and their scheduled, as compiled in a spreadsheet by user Fillinek.

All Dares of Eternity rotating rewards

In addition to one piece of loot from the Dares of Eternity reward rotation that week, players also have a chance of getting a 30th Anniversary Pack weapon. These include:

As of Season of Plunder, the 30th Anniversary weapons are also craftable. This means Deepsight drops of these weapons will allow players to eventually craft them, choosing perks and parts that fit their playstyle. The same quality pass also gave the Dares of Eternity weapons a new suite of perks (for instance, Incandescent in some Solar weapons like BxR-55) and the Hot Swap origin trait, which increases handling when switching to a weapon with this perk while being damaged. Most weapons will require five Deepsight extractions before you can unlock their pattern, though The Other Half only requires one.