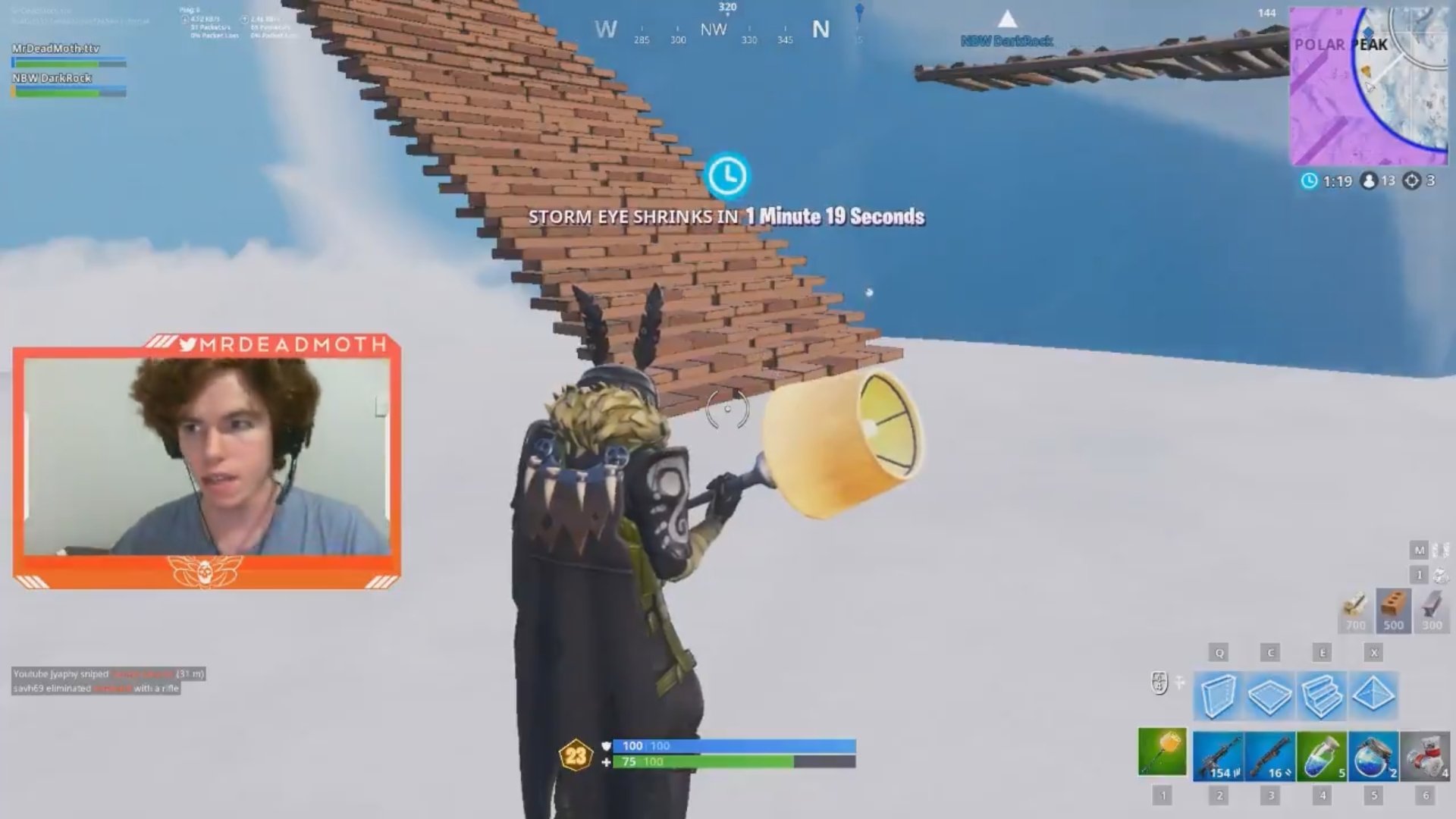 Australian Twitch broadcaster MrDeadMoth has reportedly been arrested following an incident on his livestream in which Moth appeared to assault his wife.

In the stream clips that show the altercation, Moth’s wife, whom he calls “Grace,” wanted him to stop playing Fortnite. Moth responds to her, saying, “Can you not? I said I’ll be out soon.”

The pair continued arguing until a visibly-angry Moth again goes off camera. Seconds later, Grace began to cry again from another apparent strike. Grace, moments later, said that she’s pregnant and she hopes people know he “bashed” a pregnant woman.

Not even a minute afterward, Moth again rushed off camera, and Grace’s cries became much louder. The young child, who Moth calls “Annabelle,” also began to cry around the same time as Grace.

The news broke early in the morning Australia time, and little information has come out of official news channels in that country. Tweets from a Twitter account claiming to have knowledge of the situation have blown up over social media, however. The person behind the account, @Cylints, claims to be a cyber security expert and a cyber crime and forensics specialist.

Cylints claims to have contacted Grace and confirmed that she and the children are all okay. He also claims that Moth has been arrested but that no charges have been filed.