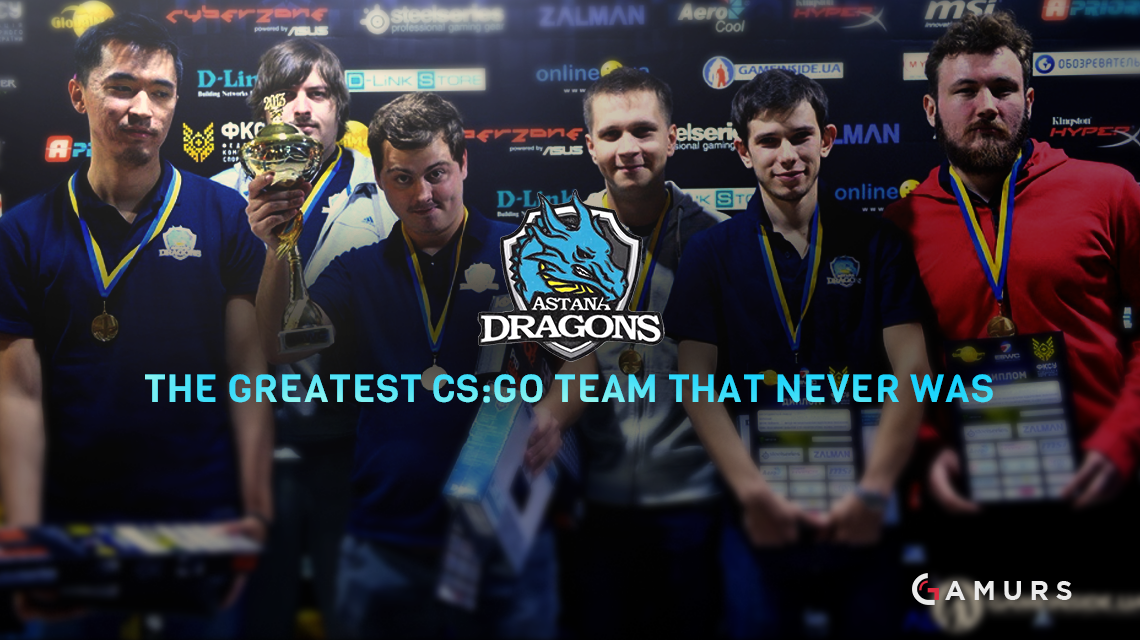 Considering this, how then do you define the success of a single roster that does not have the cold hard statistic and objective claims of success?

You can no longer just look at their tournament results and who they beat, you must dive into the historical circumstances at the time, the context of their wins, their losses, how their map pool matched up against the map pools of other teams, the many small and difficult stories to find asterisks surrounding key games, the narratives of each individual player within the team and how they all intertwine together.

The sheer amount of factors that can go into simply stamping one roster, over one stretch of a time, as “successful” can put the strain on almost anyone’s model of viewing the game. As such, with the benefit of historical hindsight, it is easier to sit back and define teams by their failures and the moves they should’ve made. More often than not, imaginary teams are born out of a maelstrom of plus and minus signs in comment sections, and unstoppable forces of world-beating power are created by fans with the inquisitive undertones of “why not?”

These imaginary teams and their own fandom-filled promises of objective success are always left to hoist their Major trophies within the minds of those that conceived them… Well, almost always. On extremely rare occasion, the overt imagination of “the fan” does not exceed the realistic probability of the actual move.

One of these exceedingly rare occasions was on July 19, 2013, the day Astana Dragons was born.

Assembled from the core of Virtus.pro (AdreN, Dosia, and ANGE1) and Na`Vi’s finest (Edward and Markeloff), the lineup of Astana Dragons represented the absolute apex of CIS talent. The only notable absentee being Guardian, who went on to join Na`Vi.

The CIS Virtus.pro roster had been the infamous slayers of NiP’s undefeated reign of terror, and for short periods of time boasted their place as the second best team in the world. Their rifling superstar Dosia was able to completely shut down teams while on CT side with his unique, position-orientated and, at times, bait-reliant style. He boasted one of the highest individual skill levels in the game and easily stuck amongst the top five players in the world throughout 2013. Most notably, he played the key role in taking down NiP in a best-of-three series and shut down the infamous lurk style of Get_Right.

While Virtus.pro had the hard results and talented roster to back up any claims to fame, Na`Vi relied more on the pedigree of their players and organization, and LAN wins over their domestic rivals VP. Although their clear shining star was Edward, who shared similar rifling tendencies with Dosia, their veteran lineup also included markeloff, who could be found wielding both the AWP and AK with seasoned efficiency. The fluorescent yellow banner, which inspired dominating runs of yesteryear, still carried with it a respect and intimidation factor – especially domestically – even if this fear wasn’t inspired by tangible statistics.

Considering the Astana Dragons roster brought together the best possible parts of both of these rosters, saying this lineup was hyped would be an understatement. The team had the top talents of their region put together in a seemingly balanced and rational manner. Dosia and Edward would be the two clear superstars, with markeloff and AdreN being able to play as ridiculously solid supports and ANGE1 in the background leading with his looser style of calling. If Virtus.pro could be the second best team in the world with a roster that possessed a fraction of this roster’s skill ceiling, then the sky really was the limit for Astana Dragons.

At the time, the Astana Dragons were a CIS super team of epic proportions and looked to be the defining force of the transitionary stage out of the NiP era and into one that could be potentially ruled by an Eastern European hammer. The CS:GO world was a stage and Astana Dragons could easily be its exclusive players.

Their first handful of events were a mixture of online cups/qualifiers and a relatively small LAN that did not have NiP present. These initial “growing pain” tournaments were played out in relatively lackluster fashion. They clearly did not have the short-burst of unexplained form that can come with a new team – colloquially known as the “honeymoon period” – but they were by no means a bad team, just one that had to learn how all the parts of their machine worked.

Making early mistakes to learn is a process that can be easily forgiven, especially for a superteam that needs to create synergy. The hype plateaued, but optimism remained.

The first big international LAN for the Astana Dragons – Dreamhack Bucharest 2013 – brought with it a close best-of-three series loss to NiP and a single win over the greatly weakened Na`Vi roster as the highlights. A farcry from the indomitable, Swede crushing, Virtus.pro roster that Astana Dragons had to pull apart. StarLadder 7 saw Dosia and company actually beat NiP in a close best-of-three, but only between losing to VeryGames in two fairly convincing series.

For almost any other team, beating NiP on LAN and in a best-of-three, and placing top four and second at two of the biggest events of the year, on paper would be the absolute highlight of their careers. However, for a roster that had the “super team” undertones attached to it, and a lineup that had the potential to not only win titles, but create a dynasty, silver medals would simply not cut it.

As the Astanda Dragons made a mild impact in their first two international LANs and lost convincingly to the top teams, the hype began to fluster.

With this in mind, an upcoming event – ESWC 2013 – would prove to be pivotal for setting the momentum and pace for the first CS:GO Major – Dreamhack Winter 2013 – an event that Astana Dragons would desperately want to make a statement at. It would seem, though, that the CS:GO gods could simply not allow this team of legendary, talented players to exist side-by-side. For at ESWC, the CIS superteam happened to be standing in the way of the greatest CS:GO upset tournament run in the history of the game (I wrote a sister piece about this upset a while back here). The almost unknown Clan-Mystik side, the second best French team, managed to burn their way through the playoff bracket, beating Astana Dragons in a best-of-three series and going on to win the event over VeryGames.

Even with historical hindsight and knowing that ESWC was a complete fluke from Clan-Mystik and was something that you probably shouldn’t beat yourself up over, no one knew this at the time. As far as everyone was concerned, in the space of just three months the Astana Dragons had seen their peak and fall.

Even for a roster that still had all the required pieces to become a truly great team, the results were not coming in droves as expected. The community’s appetite for success was seemingly insatiable. Their hype went as quickly as it came; a fickle mistress as always.

This loss marked the third event in a row where the Dragons had been unable to live up to the expectations of the community. What’s more, the problems causing this string of underwhelming performances were fairly obvious. Edward had been nowhere near his usual level of play, with his usual positions and baiting style being filled by the more talented Dosia, leaving him to play in uncomfortable spots and a role that had less support than he was used to. On top of this, Edward didn’t really play with the team as much as he needed to, instead trying to rely on individual aim and talent that wasn’t really there given the Dosia situation. As such, Edward was cut from the roster after EWSC 2013 and the original Astana Dragons superteam roster finished with the fizzled replacement of Kucher.

They never achieved any LAN wins, and barely won any major matches against the best teams, but their biggest accomplishment was simply putting the roster together in the first place. Their objective success wasn’t within the game like most teams, their success lied in traversing player politics, and generating fan hype with an efficacy like no other. Their place within the CS:GO narrative isn’t one that is predicated on pages upon pages of tournament wins or dominating players; but rather, just as a curious, ephemeral, little footnote as the greatest team that never was.

Could the Astana Dragons have reached their potential? What was wrong with this superteam? Let us know your thoughts in the comments below or tweet us @GAMURScom.