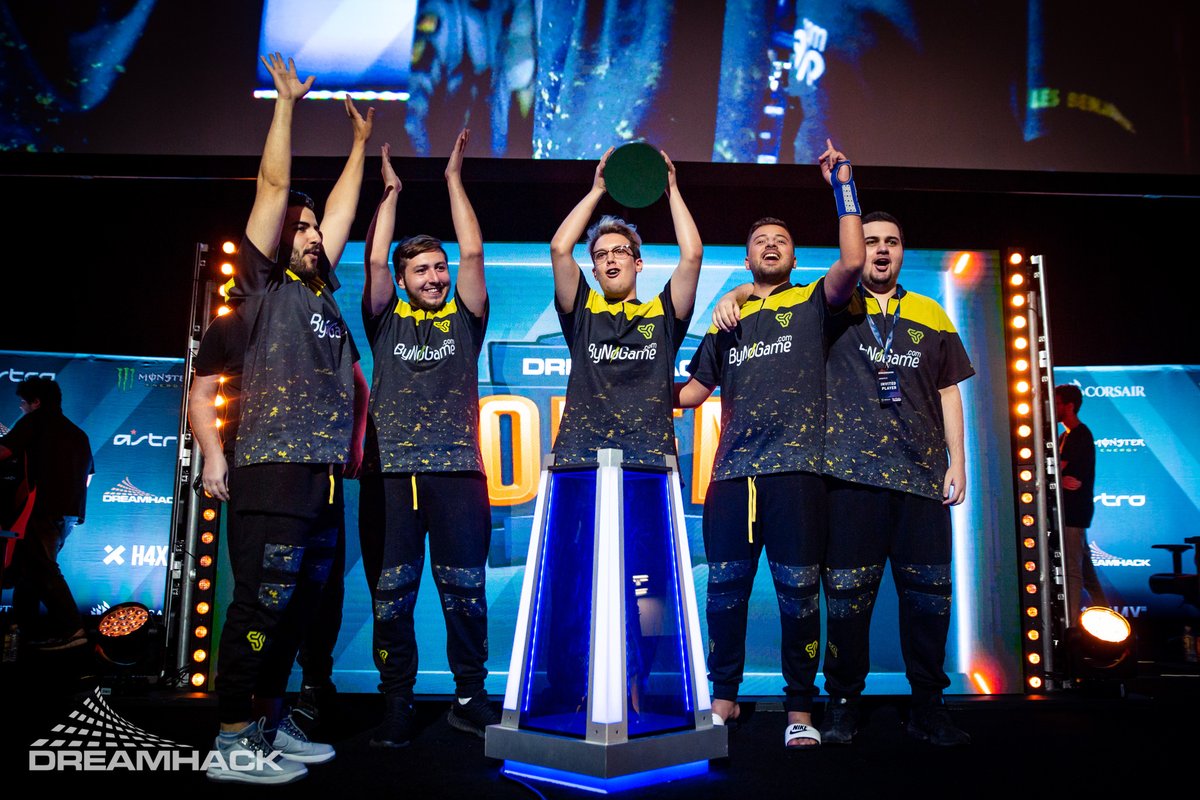 Space Soldiers have emerged victorious in Austin, Texas among the eight teams competing at the $100,000 tournament hosted by DreamHack.

The Turks were poised as a favorite to win the tournament among the many top competitors at the small event, such as OpTic Gaming and Heroic. They seemed to be hungry for redemption following their loss to Fnatic in the WESG Finals in March, which was the closest they’ve been to a title win as of late.

After the CS:GO portion of the event was delayed due to travel issues among many attending teams, SS started their weekend with a win against compLexity Gaming (Dust II 16-10) in their initial match and a loss against Rogue Gaming (Dust II 16-8) in their winners match. These results put them into the Group B decider match, where they later surprised the Danes of OpTic Gaming 2-1 (Mirage 16-7, Inferno 16-9, and Train 16-10). SS finished second in their group behind Rogue, while OpTic and coL were eliminated during the action.

Their most competitive playoff match was played earlier today against Heroic, who cleanly swept Group A with wins over Fragsters and eUnited. The Turks narrowly took down Heroic in close games on Cache (19-16) and Mirage (16-11), and Bugra “Calyx” Arkin led the server in kills at a crazy average of 31 kills per map. He continued his monstrous MVP form into the grand final against Rogue.

SS had a little bit of trouble against the North Americans in the final, but that was because they lost Overpass, which is a map that they usually have perma-banned. Besides their weak showing on Rogue’s pick, the Turks slaughtered Rogue on Mirage 16-8 and in the decider map, Inferno, 16-2. Calyx was the man of the match once again, with lower frag numbers relative to his previous match (18 kills per map). Despite the decrease in stats during the playoffs, he was still named the tournament MVP for his consistency throughout SS’ championship run.

Space Soldier’s next large event will be ESL One Belo Horizonte, where they’ll be taking on much tougher competition in an eight-team pool for $200,000.