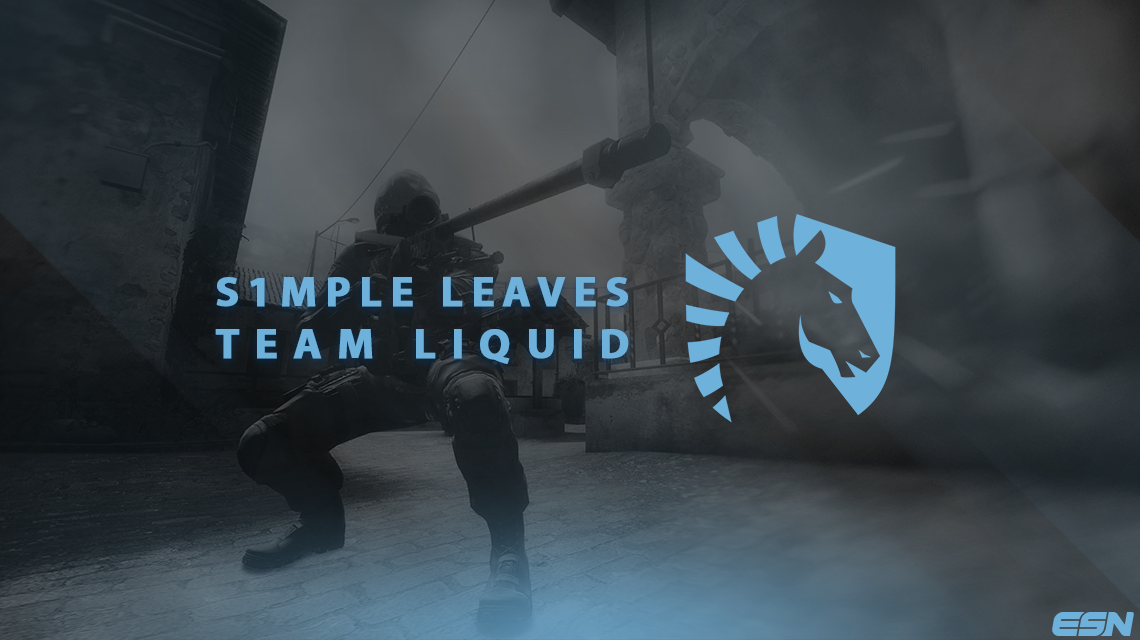 Oleksandr “ s1mple ” Kostyliev has left Team Liquid , stated by Robin Nymann, the director of eSports for the organization, on Wednesday, April 20 over Twitter.

Robin states that once s1mple was home in Ukraine to secure his visa, he had made a decision to stay.

“After having greatly missed his family throughout his stay in the United States, he was looking forward to spending some time in his home country. As s1mple spent more time at home with his family, it became even more apparent that he had missed them so much. This, in combination with concern over his in-game role on the team—and consequently the team atmosphere—led him to reach out to us about his desire to play for a European team and not return to the States.”

Due to this departure after the few months he had with the team, Eric “ adreN ” Hoag, who was on the roster just as a backup, is now currently on the starting roster.

With Liquid’s new roster, do you think they will be able to succeed in upcoming tournaments? Let us know what you think in the comments below or on our Twitter @ eSportsNation , and be sure to follow us to stay updated on all of your eSports needs.