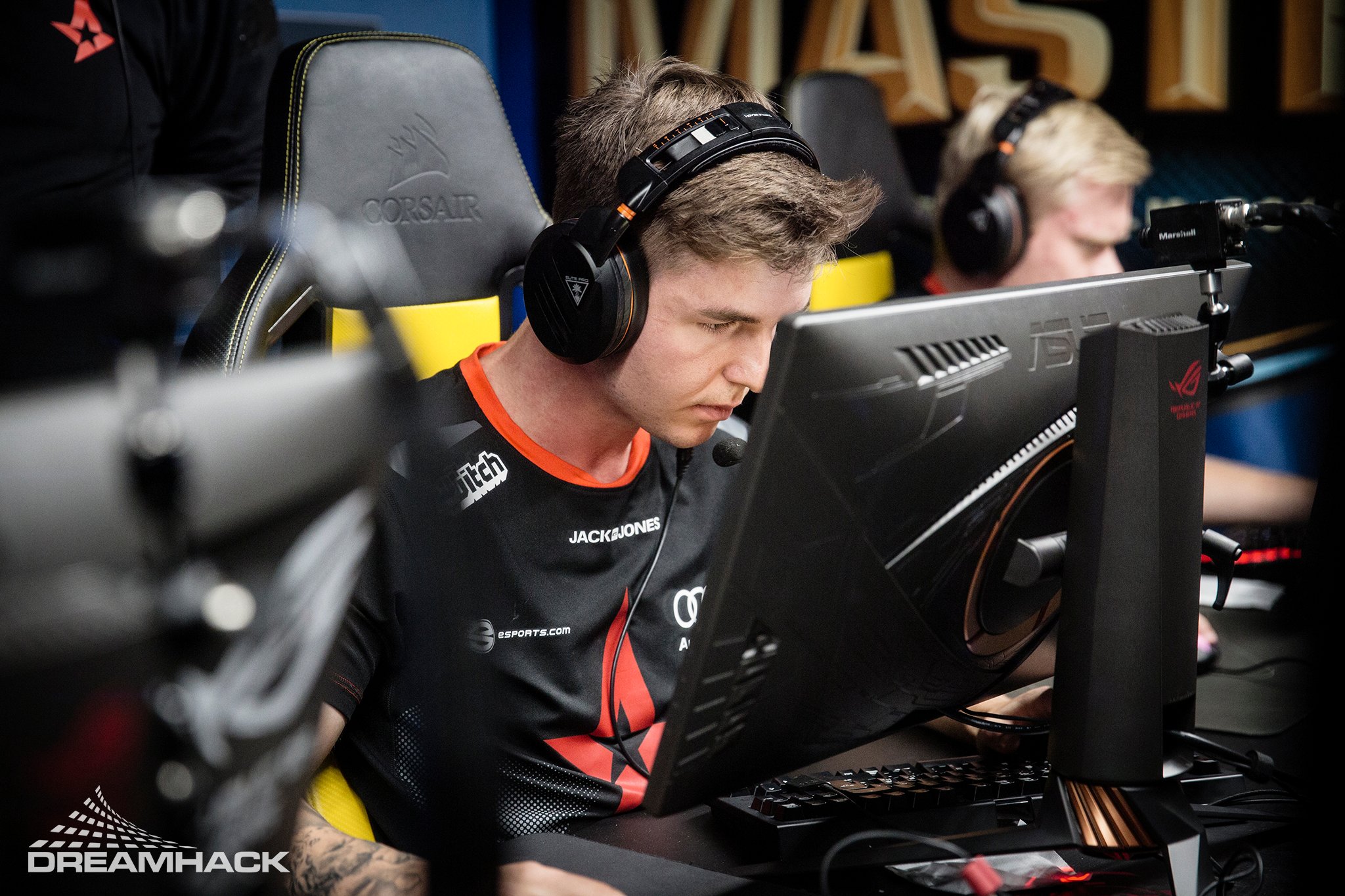 Danish star AWPer Nicolai “dev1ce” Reedtz won’t have his re-debut under the Astralis banner at the $200,000 CS:GO event Elisa Masters Espoo as expected.

Instead, the organization will play with its academy player Kristoffer “kristou” Aamand in place of dev1ce. The star is continuing his preparation for tournament comeback and is not quite ready to play an official game.

“In regards to dev1ce, I am very pleased to see how he has immediately become a central part of the team, contributing with everything we hoped for,” Astralis director of sports Kasper Hvidt said. “His game sense, skills, and pure personality have been very obvious from day one, but even though we’re all eager for him to play his first tournament, we have time to do things right without forcing anything. It is all about creating room for the best version of dev1ce we have seen.”

There has been plenty of expectation in the community for dev1ce’s return to pro play because he has been on the sidelines since December 2021, when he was still a part of Ninjas in Pyjamas, due to health issues. Astralis bought him back in October 2022, announcing the move before IEM Rio Major kicked off.