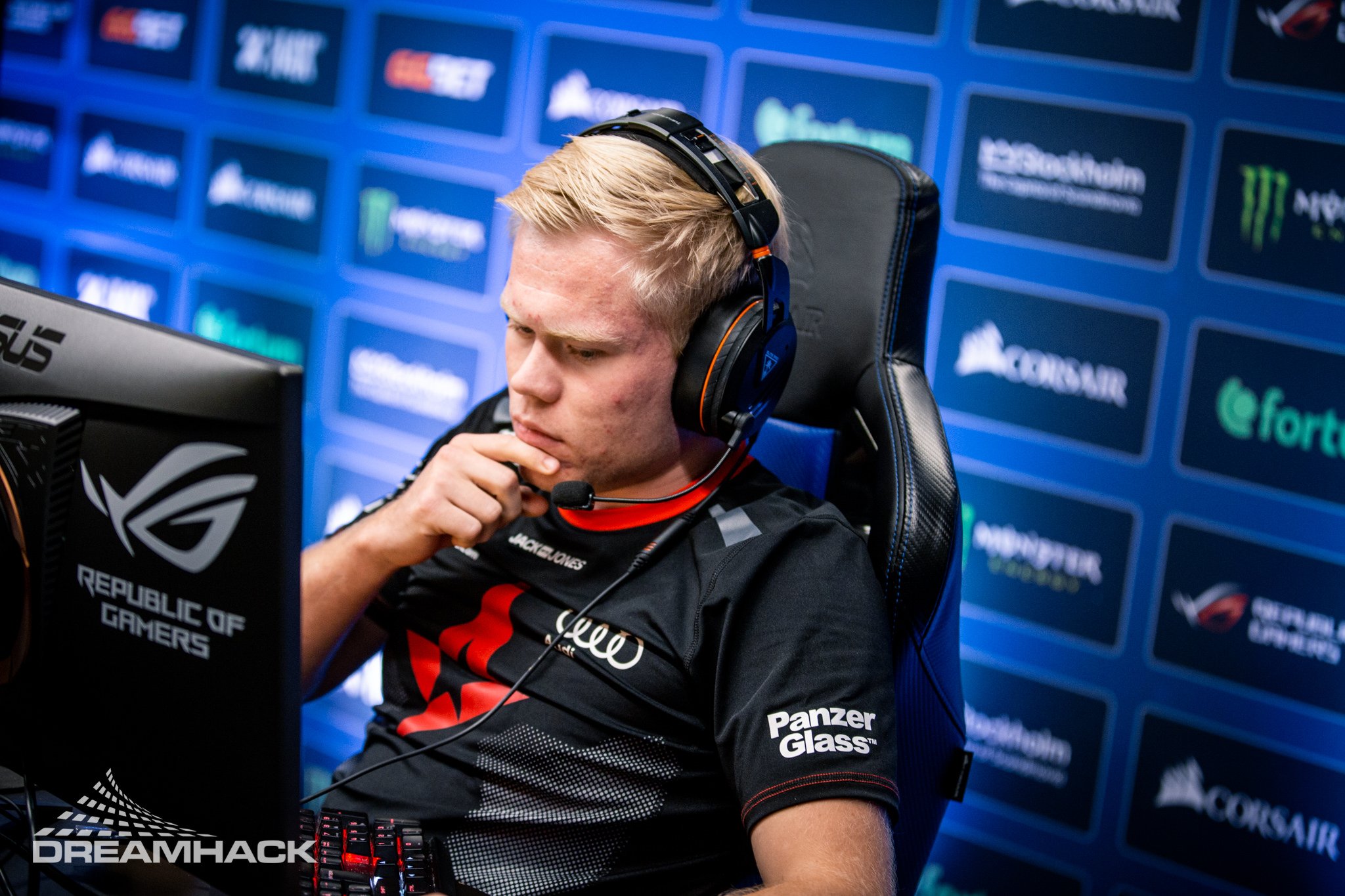 Astralis are one of the favorites going into the second stage of the FACEIT London CS:GO Major, and they’re showing no signs of letting up anytime soon.

After finishing the New Challenger stage with a 3-1 win-loss record, Astralis are still considered a big heavyweight, despite a massive quadruple overtime loss to Ninjas in Pyjamas. It was a definite wake-up call for anyone expecting the Danish powerhouse to breeze through the $1 million event completely uncontested and undefeated—even after taking down compLexity Gaming, Rogue Gaming, and Team Spirit in their road to stage two of the Major.

Dot Esports spoke with Emil “Magisk” Reif prior to day one of the New Legend stage, discussing the recent New Challenger stage, the high expectations set by fans and analysts, and their round one game vs. Natus Vincere, a team spearheaded by Oleksandr “s1mple” Kostyliev.

Last stage, you lost to NiP in four overtimes. How was the team feeling after that? It must’ve been tiring to play that much Counter-Strike.

Magisk: It was a tough game, especially for me. Individually, I had a pretty bad game. It wasn’t the most fun game, especially when you end up losing. That is always very annoying to lose. To be honest, I think it was a good lesson for us. We knew that we had been struggling on Mirage before, and I feel like we have to figure out a lot of stuff we need to change for the next upcoming stage here in London. So I think it was good for us, in a way, to lose that match and realize that we actually need to change some stuff for the upcoming games.

It was a tough game for sure, so what exactly was going wrong for you vs. NiP?

It happens sometimes. I feel like I was getting a bit unlucky in a lot of situations to be honest. Maybe I didn’t just hit my shots that day. That happens sometimes when you don’t have the best game individually, so I just tried focusing on helping my teammates instead and sacrificing [baiting] myself a bit more. I was always trying to go first and let them trade kill me, instead of being the last guy to try and get a better game stats-wise.

Andreas “Xyp9x” Hojsleth mentioned the footsteps bug, (which was recently patched by Valve), on Twitter a few days ago. How much of a role did that play during that game and your other matches last week?

Honestly, we didn’t even know about the bug. We noticed that something was wrong, but we didn’t actually know that it was a confirmed bug. So yeah, we didn’t put too much effort into it. We’re just playing the game like we normally do. And to be honest, it’s the same for everyone on the server, so I don’t think you have to put too much effort into stuff like that. You just have to focus on playing your own game, instead of using your energy on stuff you can’t really control anyway.

Talking more about the Major, were there any teams that really surprised you during the qualifier (New Challenger stage)?

I think everyone knew that BIG had the potential to upset, but I didn’t believe that they’d actually beat North in a best-of-three. So I’m quite surprised, but I’m also pretty happy for them because I know they’ve been trying to move on in Majors and finally get to where the fun is.

And also, I think TyLoo are slowly getting better and better. I’m really happy for them because I feel like they’re representing their whole [country], China. That’s really awesome, especially because they have a really great fanbase. I hope for the future that they can bring more people from China and [that part of] the world to watch more CS. That’s only going to benefit everyone.

TyLoo’s playstyle is really unconventional, with European, North American, and Chinese styles in the mix. Is that something you’ve considering copying?

I don’t think so. We don’t really think that’s the best playstyle for us. TyLoo like to play really fast and in big groups at the same time, trying to trade kill and overwhelm everyone. I feel like that’s not the best way for us to play. We know what kind of CS we want to play and we want to be in control of the game, instead of just, you know, taking big gambles all the time.

How does the noise of being the “best team in the world” affect the team mindset, if at all? It can’t be easy with everyone having extremely high expectations of you.

For me, I think it’s fine. I don’t mind being the best team in the world. I think that’s gonna make teams afraid of us, and I feel like we are pretty confident in how we’re playing. Obviously, we can always get better. There’s never gonna be a match where you played perfectly. You’re always going to make mistakes. I feel like, individually and as a team, you can always improve. So that’s a good thing.

But I also think the fact that people are really afraid of playing against us is gonna benefit us later in this tournament. Also, just in general, our map pool is just amazing compared to many other teams. So yeah we’re feeling pretty good about this tournament. I think everyone in this team isn’t really affected by the pressure of everyone else. We’ve [done] this so many times now and it’s been going on for months now. We’re feeling confident and good about [the event].

What has the prep been like for your game against Na’Vi, especially considering what happened vs. them at ESL One Cologne?

I don’t know. They tend to play really good or really bad CS in my opinion. I feel like it’s 50/50 [with them]. I think it’ll come down to s1mple and controlling him being really, really good. Even when they play good, we still have great chances to win anyway. They play good sometimes, but they are really unpredictable. I think in Cologne they were pretty lucky with what they were doing. Last map [Inferno], they were just stacking bomb sites instead of playing a normal round. They were just gambling because they knew they were struggling to get rounds, so they were just stacking bomb sites instead. But yeah I think they were a bit lucky with those calls.

In general, we have a good playstyle against them. And also, I feel like every time we play against s1mple, he’s not as impactful as he is [against] normal teams.