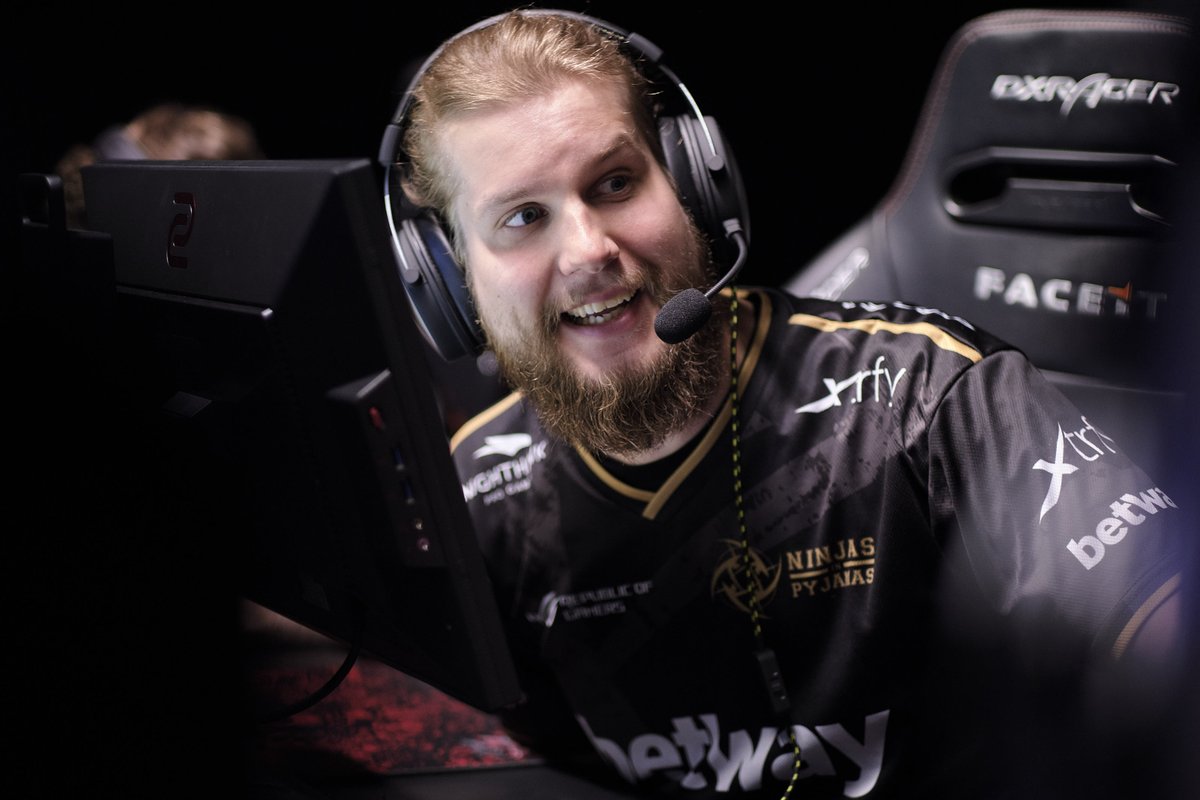 The FACEIT London Major is on the horizon, kicking off on Sept. 5 until the 23rd. Get ready for the second CS:GO season of 2018.

As the 13th Counter-Strike Major, this one will be the biggest tournament in the latter half of 2018. Taking place after the August player break and DreamHack Stockholm in late August, the London event will be the stomping grounds for one of the world’s most exciting first-person shooter tournaments of the year.

When looking at the teams competing, power struggles for international supremacy stand in the foreground of this Major cycle’s timeline. But there are also other notable journeys—consisting of rises and falls—going on in the background. The results of this Major are going to be a clear indication of how the rest of the year will play out for most teams.

From the teams in highest echelons of the pro scene to the hopefuls stuck in the tough New Challenger stage, here are the most pressing narratives going into the upcoming Valve CS:GO Major.

Astralis is without a doubt the strongest contender going into the Major. Their astute tacticality, combined with their psychological discipline in-game, is the hardest to match in the current Counter-Strike meta. So far, Astralis have four championship titles under their belt in 2018. FaZe Clan and Natus Vincere are arguably the only teams that can match them, in terms of firepower and teamwork, and can compete with the Danes in such a high-stakes tournament.

FaZe will be hungrier than ever, considering they choked a Major win vs. Cloud9 in January while up 15-11 in map three of the grand finals. With Olof “olofmeister” Kjabjer back on the lineup after a personal hiatus, FaZe could make a deep run through this Major, and expectations from the European juggernaut are likely to be higher than ever. Finn “karrigan” Andersen and co. are 2-4 in matches vs. Astralis and 2-1 in matches vs. Na’Vi.

Na’Vi, on the other hand, seem to be the oddball of the trio. Everyone wants to see Oleksandr “s1mple” Kostyliev win his first Major, after a phenomenal first half of the year—with a world-best average HLTV 2.0 rating of 1.36—that’s put him on track to be the best player in the world in 2018. Luckily for Na’Vi, Denis “electronic” Sharipov has been matching s1mple’s stats in offline play, and it led the team to victory over Astralis and a title win at ESL One Cologne in July. Na’Vi’s offline win-loss record vs. Astralis (with Emil “Magisk” Reif) is 2-1.

The Astralis-FaZe-Na’Vi trifecta could be disrupted by a few losses to current Legends MIBR, Mousesports, and G2 Esports. Mouz are argubly the best wild card to look out for, considering they normally breeze through group stages and make deep bracket runs. Since they replaced Martin “STYKO” Styk with Janusz “Snax” Pogorzelski (about two months ago), they have a 1-3 record against each team in the trifecta. Towards the end of STYKO’s Mouz tenure (about five months ago), they were 2-7 in offline best-of-threes over the span of 2018. Even though the records are proportionally similar given the sample sizes and time frames of tournaments, the trifecta could be in danger when considering Snax’s contributions to Mouz’s kill columns.

MIBR and G2, on the other hand, are the true wild cards to think about, when looking at their ups and downs in 2018. MIBR came into 2018 boasting their eight trophies from last year, and ironically, they accumulated seven group stage exits with two different rosters. This resulted in the additions—one by one—of Tarik, Stewie2k, and Janko “YNk” Paunovic as coach. As for G2, it’s a little hard to predict how they’ll do since the French roster hasn’t competed in as many events as MIBR and Mouz. Given the fact that in-game leader Kevin “Ex6TenZ” Droolans hasn’t participated in a Major since 2015, it’s very likely that G2 could drop out of the Major early on if key stars Kenny “kennyS” Schrub and Richard “shox” Papillon aren’t top-fragging in the servers.

NA CS: One step back and several steps forward

North American Counter-Strike is in a weird position going into the second season of 2018. The most obvious faltering in recent months is Cloud9, who experienced a massive decline because of Jake “Stewie2k” Yip and Tarik Celik’s departures. Luckily for them, new insights from European in-game leader Maikhil “golden” Selim and support STYKO could help them at least try to defend their Major title, starting in the New Legend stage on Sept. 12.

Right now Team Liquid are looking like the strongest and most consistent squad on the left side of the pond. They’ve toppled a majority of the competition at the top, with the exception of Astralis, while also finishing second in three of their last six offline events. Liquid’s biggest, most obvious obstacle is Astralis, due the Danes’ deep map pool in best-of-three/best-of-five playoff matches. If Liquid can turn up the heat in every stage of the entire Major—especially with Jonathan “EliGE” Jablonowski, Russel “Twistzz” Van Dulken, and Keith “NAF” Markovic fueling the firepower—they could potentially bring home a second straight Major title for NA.

But C9 and Liquid’s presence at the Major shouldn’t overshadow other NA teams in attendance. Rogue Gaming and compLexity Gaming qualified over NRG Esports, another one of NA’s top teams at the moment. Both lineups have accrued a few mediocre placements at DreamHack Open events, but it shouldn’t discount the damage that they could do in the New Challenger stage. Veteran in-game leaders Spencer “Hiko” Martin and Peter “stanislaw” Jarguz, who’ve been absent in recent Majors prior to FACEIT London, will likely use this event to redeem themselves.

Top teams from Denmark and Sweden will be hoping to make their comeback at this Major, especially considering many players on these teams have gone years without a title in Valve’s prestigious event. NiP and Fnatic are the obvious names that come to mind, since their last wins were in 2014 and 2015, respectively. This Major will be more special to NiP because it’s the first time they’ve qualified since the ESL Cologne Major in 2016. For both Swedish teams, however, winning a Major title seems to be a distant dream after all these years—CS:GO has changed so much since their eras.

The rest of Danish Counter-Strike, besides Astralis, is in a really odd position as well, much like NA CS. North won DreamHack Masters Stockholm over Astralis just days before the Major, while OpTic Gaming bombed out in the groups pretty badly. So it seems that North could be on par with Astralis in the near future, mainly because the Stockholm event was a huge indicator of North’s progress. OpTic, on the other hand, are in a rough spot compared to their Danish counterparts. If the Green Wall doesn’t pull it together at the Major, the star-studded lineup could be in peril.

So when you’re watching the FACEIT London Major this month, think about these storylines. It’s almost guaranteed that the broadcast talent will bring these up and that these narratives could play a huge role in the minds of almost every single player attending the Major.