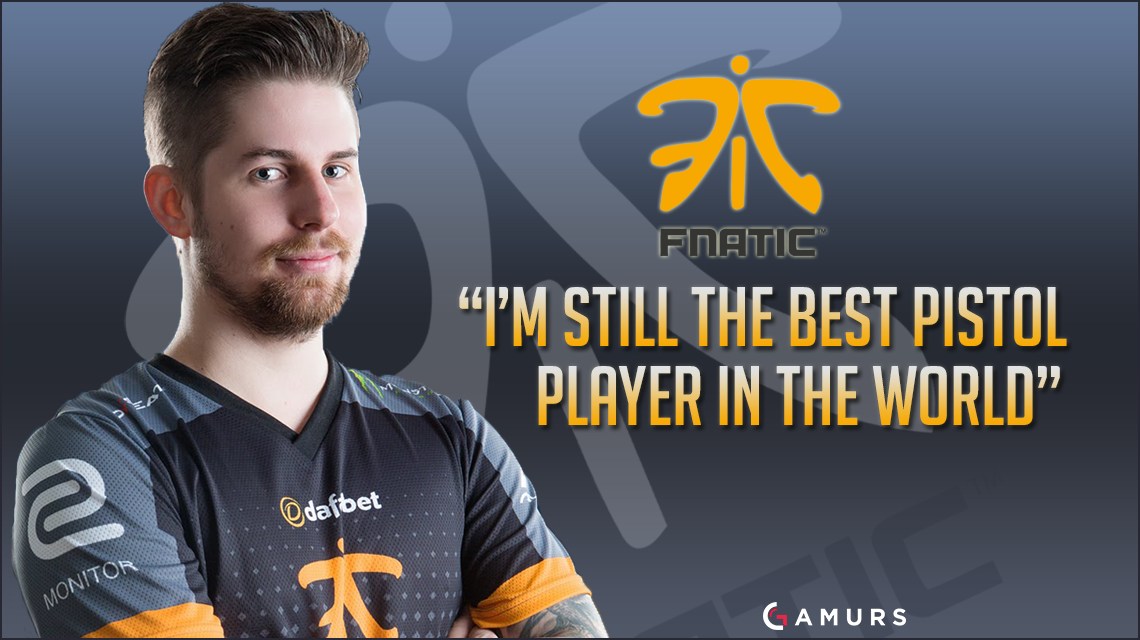 We talked to Fnatic’s Dennis “dennis” Edman after their close win in the quarterfinals.

As the in-game-leader, especially for this lineup, I imagine one of the difficult things is deciding who gets the AWP. Sometimes you’ll mix it up with a 3 AWP setup, sometimes fewer; how do you typically decide who gets the AWP? Is it based on feeling? Is it based on whoever is hot at the time? Or will you tell people to take a peek from round-to-round?

Dennis: “It depends on spawns, it depends on who’s hot, who wants it. If someone says they want the AWP, they get the AWP. Twist is usually confident on Dust II.”

How do you feel about your next matchup against Astralis? Historically Fnatic and Astralis, then TSM, have a long storied rivalry, how does this set up your next match?

Dennis: “We’re confident, but they’re also the strongest team here in my opinion. It’s gonna be a hard game, but I think we can do it anyway.”

One storyline surrounding your team is all of the legendary players like you, olofmeister, and KRiMZ playing well again.  What has the process been like for getting back to the status you once held, even at the beginning of 2016 when you guys were still a dominant threat?

Dennis: “It’s not been hard actually. We know how to play (me, KRiMZ, and olof), and we get the new players and tell them how to play. We tell them what to do and how to improve. And here we are.”

What do you think of dennis’s pistol skills? Let us know your thoughts in the comments below or tweet us @GAMURScom.