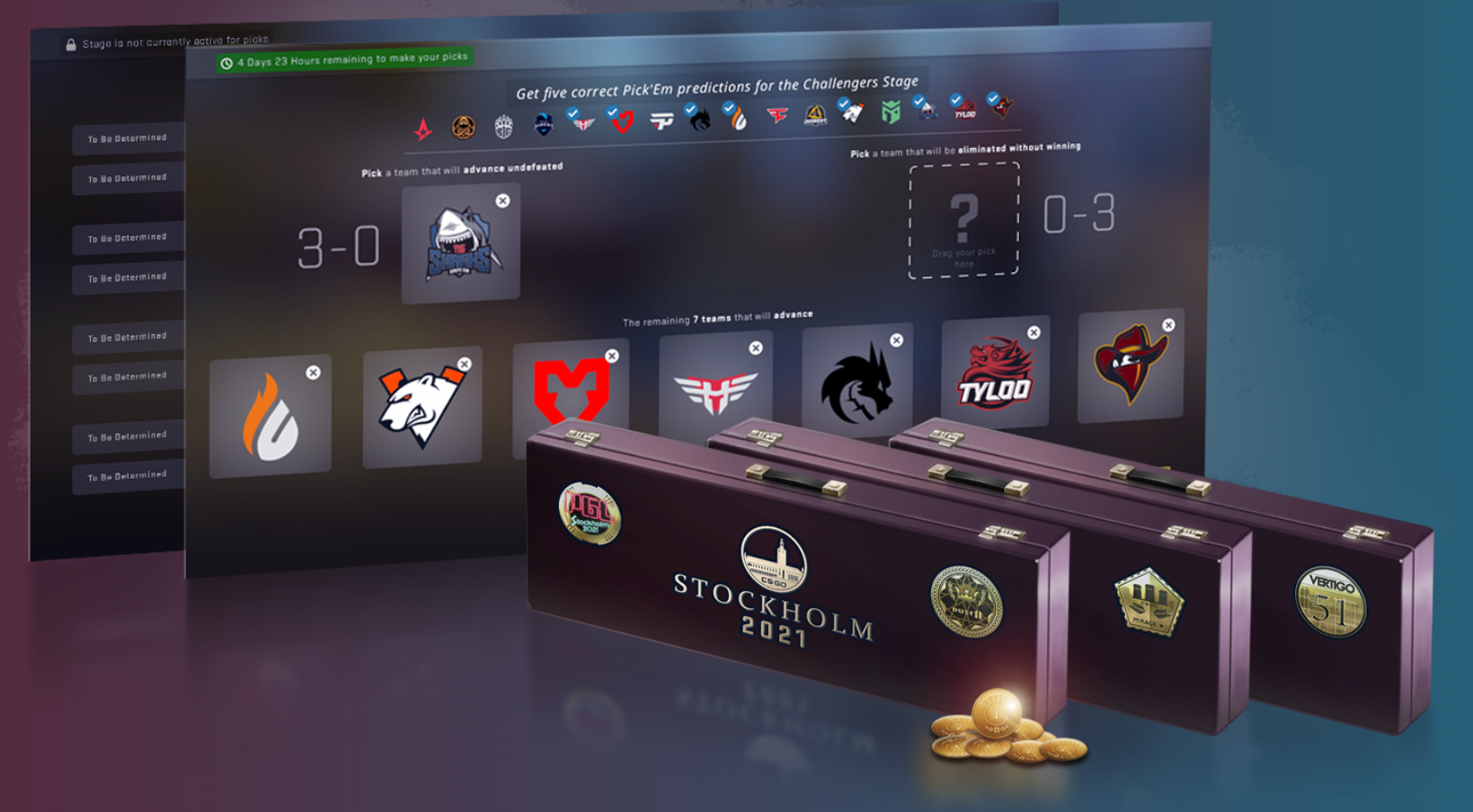 The return of a CS:GO Major after a two-year hiatus gives players more reason to be excited than just the upcoming matches. Along with participating in the pick’em challenge and acquiring team stickers and patches, PGL Stockholm Major viewers have the opportunity to earn Souvenir Packages during the event.

How to claim Souvenir Packages in CS:GO during the PGL Stockholm Major

For example, if you picked a match between Na’Vi and Astralis, and they played on Mirage, Dust II, and Inferno, then the Souvenir would be a weapon skin from one of those three map-based skin collections with a PGL Stockholm sticker, a Na’Vi sticker, and an Astralis sticker.

Souvenir Tokens can be earned by leveling up your event coin or bought for $3 each from directly in-game. If you go to buy the viewer pass for PGL Stockholm, you can also purchase it with three tokens included and save $1.

Typically, past Souvenirs had four stickers: one from each team participating in the map, the event sticker, and the player signature of the round MVP when it was dropped. It’s unclear if all PGL Stockholm Souvenirs will have player signature stickers since only the teams in the playoffs have those.

Souvenir Tokens can be redeemed until Dec. 20.