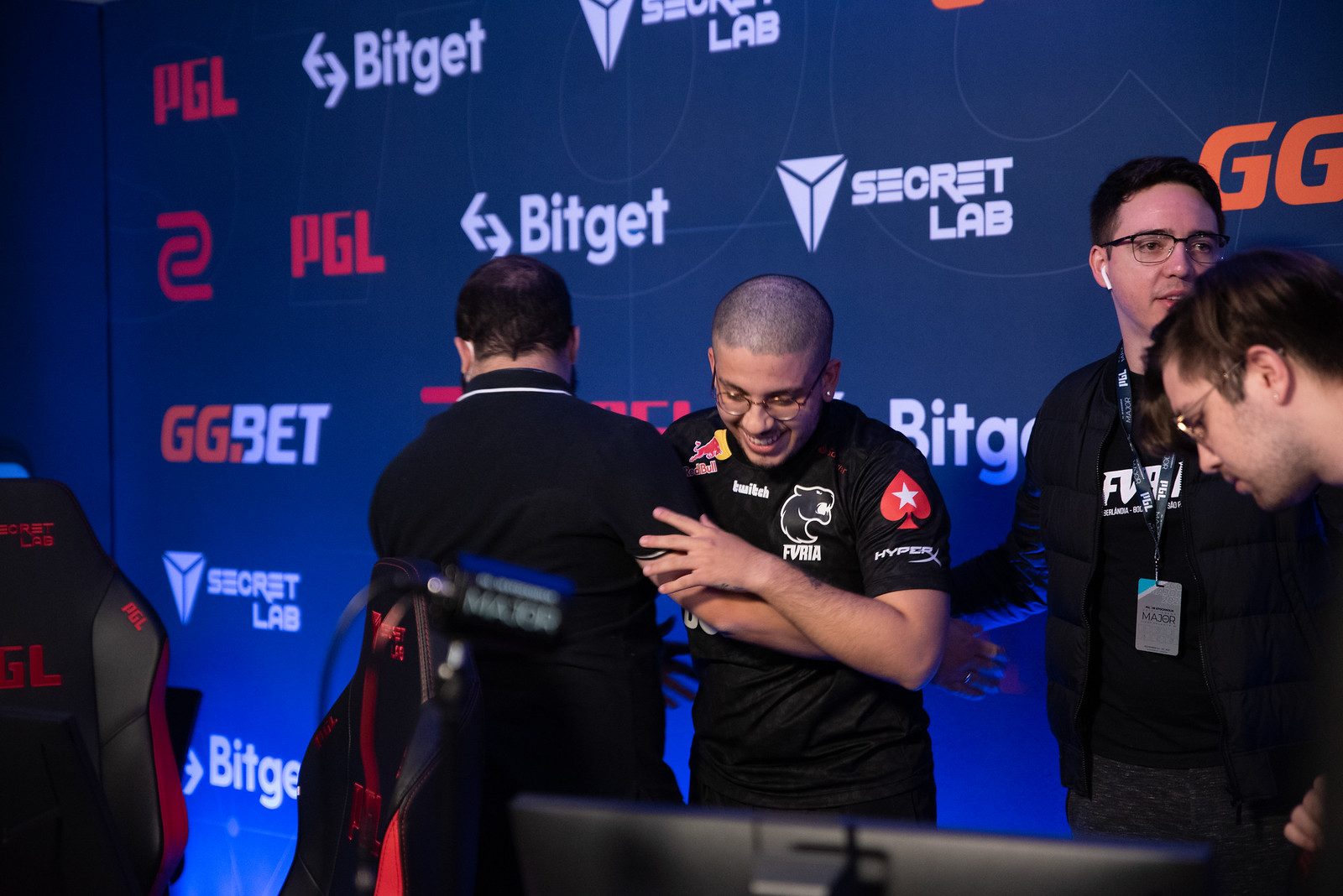 FURIA are the third CS:GO team to qualify for the PGL Stockholm Major playoffs following a 2-1 victory (16-6 on Vertigo, 8-16 on Nuke, and 16-12 on Ancient) over Entropiq today in the first Legends Stage 2-1 pool match of the day.

This is the third Major FURIA have attended and it’s the first time they’ve made it into the top eight. The Brazilians secured Legends status when they won IEM Fall North America earlier this month and aside from Entropiq, they also beat MOUZ and Team Liquid.

Although this victory against Entropiq isn’t exactly an upset, they weren’t considered the favorite prior to the matchup since the Russian team has had stellar performances in the Major so far, beating some of the best teams in the world such as Gambit and Heroic. The first two maps of the best-of-three, Vertigo and Nuke, were kind of one-sided. But the best was reserved for the decider, Ancient. FURIA wouldn’t have won it if it wasn’t for three clutches: a one-vs-four from by Yuri “yuurih” Santos, a one-vs-two by Kaike “KSCERATO” Cerato, and an ice-cold one-vs-three clutch by Vinicius “VINI” Figueiredo to close out the series.

The Brazilians will have three days to rest and prepare for the PGL Stockholm Major playoffs, which will run from Nov. 4 to 7 in the Avicii Arena in front of a live audience. From there, the competition will use a single-elimination bracket and all matches will be played as best-of-threes.

Entropiq, on the other hand, will have one more shot to make it into the playoffs. They’ll play their decisive match tomorrow and it’d be disappointing for fans of the team if they didn’t cross the finish line after kicking off the Legends Stage with two wins on Saturday, Oct. 30, the first day of the stage.