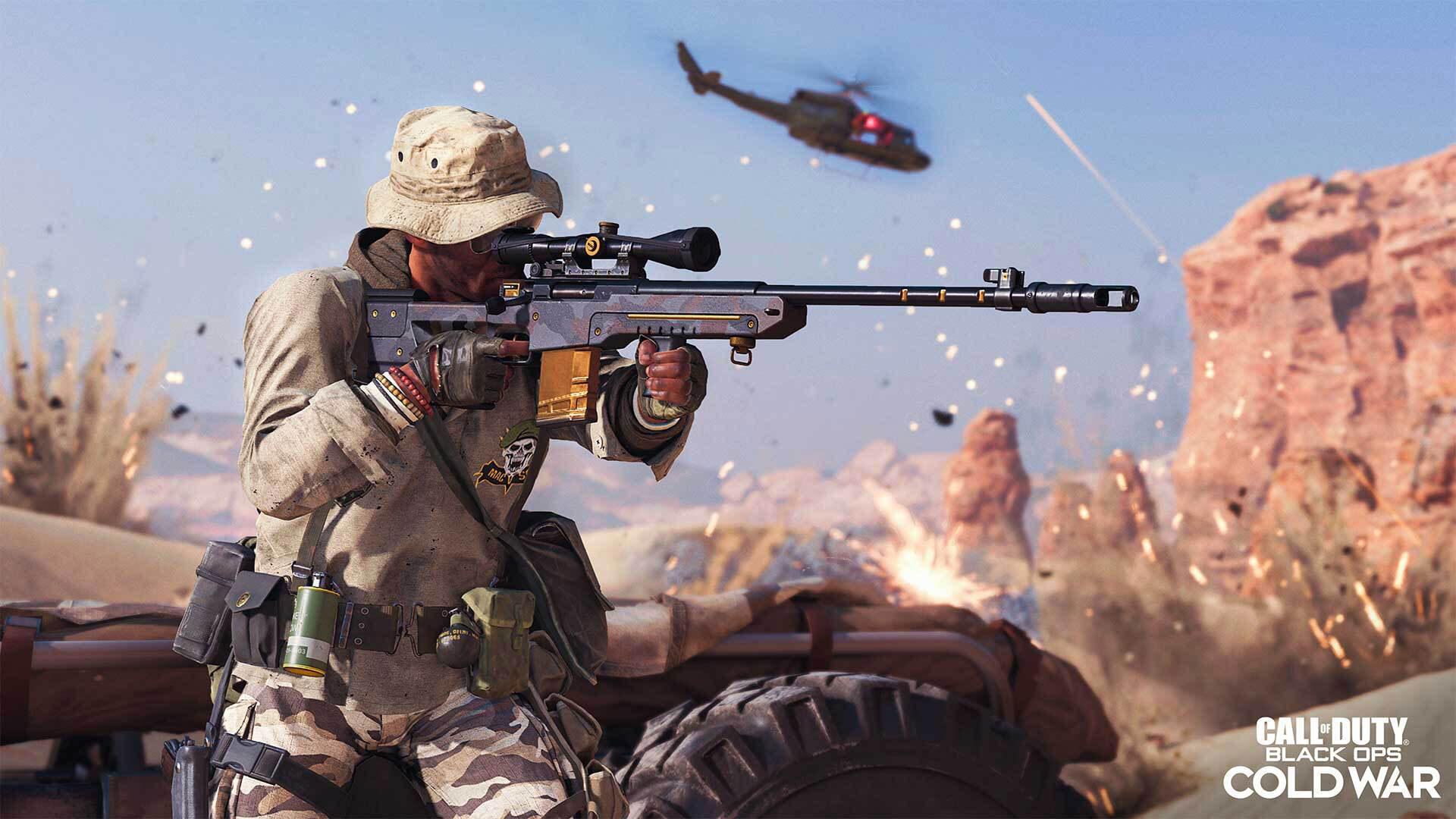 Even though Call of Duty: Black Ops Cold War might be well over a year old at this point, it still has a dedicated player base.

Whether these players simply enjoy Cold War over other titles or they don’t particularly like the current title, Vanguard, there are still several thousand users who hop on the game every day. There are also players just picking up Cold War for the first time. Regardless of how many hours a player has in the game, there’s still a need to know what the current best weapons are. One of the most hotly-contested classes in multiplayer is the sniper rifle category.

Right now, there are five sniper rifles in Black Ops Cold War. Two of these, the Swiss K31 and ZRG 20mm, were added after the launch of the game in 2020. The other three were a part of the base game when it initially was released. As of now, players can unlock the two post-launch snipers by completing specific challenges associated with each. If players are looking to use the best sniper rifle in multiplayer, this is an essential task.

Since Cold War doesn’t receive many updates nowadays, with Vanguard being the premier CoD title, the best-in-class weapons haven’t changed much over the course of the last seven months. That being said, updates likely wouldn’t change the best sniper in multiplayer, which is the Swiss K31.

Ever since it was introduced with the season one content update in Cold War, the Swiss K31 has dominated every facet of the sniper class. It’s the best option in multiplayer and the Swiss was arguably the top sniper in Warzone until Vanguard was integrated.

Strictly in multiplayer, though, the Swiss K31 possesses terrific stats across the board. Most notably, the sniper has fantastic quickscoping capabilities thanks to its mobility and base ADS/sprint-out times. Even without attachments, players can bring the Swiss up fast enough to eliminate opponents at any range left and right. Of course, with the Swiss K31’s best loadout, which is basically the same in both Cold War and Warzone, players can maximize their success with the sniper.

The only other sniper rifles potentially worth using in Cold War are the LW3 Tundra and ZRG 20mm. The Tundra is a great all-around sniper that can be used at close or long-range while the ZRG is a hard-hitting, slow sniper that’s best used at longer ranges. The ZRG is arguably the most enjoyable of the bunch, though, since it’s a semi-automatic sniper that can rattle off shots fairly quickly. Still, for players looking to use the absolute best sniper, the Swiss K31 tops all others in Cold War.