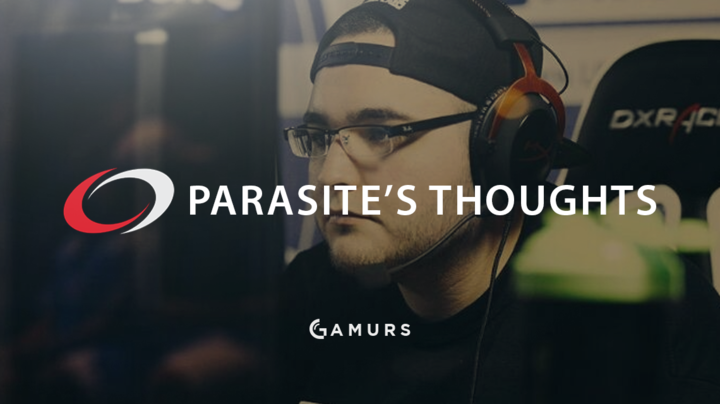 compLexity Gaming’s COD XP run suffered a heartbreaking end. But, Chris “Parasite” Duarte gave us some of his thoughts following his competitive exit from the tournament.

After upsetting OpTic Gaming (a 3-2 victory Game 5 Breach Search and Destroy) on the first day of play, coL moved on to take down Team LDLC (3-2) and Pnda Gaming (3-1) to round out their Group Play stretch. After securing a first seed in Group H, the coL moved on to play Cloud9.

In the series, which went to Game 5 Evac Search and Destroy, coL fell in a nailbiter. In their Loser’s Round 1 match, coL found themselves going against Team Kaliber (who had been reverse swept by Team eLevate in their initial Bracket Play match).

compLexity, following their tournament pattern, went to Game 5 Hunted Search and Destroy. Unlike their other Game 5’s, it was not close – coL was swept 0-6.

“Of course it as an upsetting loss to tK,” said Parasite. “We could’ve done some things better, but it is what it is.”

Three years ago, Parasite won COD Champs on Fariko Impact with Damon “Karma” Barlow (OpTic Gaming), Marcus “MiRx” Carter (Millenium) and Adam “KiLLA” Sloss (Renegades). Since then, the four of them have seen various amounts of success were all in unique situations coming into COD Champs.

“Karma definitely has the best chance to win a ring,” said Parasite prior to MiRx and Millenium being eliminated by FaZe Clan in Loser’s Bracket. “He’s been with the same team all year and he’s also got a really good squad around him.”

When it comes to Impact’s breakup and how they ended up in vastly different situations, Parasite was quick to answer.

“All of us had our own problems, we all dug ourselves into our own holes,” said Parasite. “Karma’s hole was as big, but we all did it to ourselves and we’re all trying to figure out how to fix it.”

Post-elimination, Parasite wasn’t angry or obnoxious; he was calm, mature and reflective of the event.

Compared to how he was many years ago, Parasite has noticeably grown mentally. However, many other players and people in the community are still adamant that Parasite is immature. Even through multiple players defending Parasite’s growth (most namely, Karma), many are quick to judge Parasite as the “reason his team lost.”

“I don’t really care what people think about me, it doesn’t matter as much to me anymore because I know I have matured and I have tried extremely hard to learn from my mistakes,” said Parasite. “Your reputation is based off of what other people say about you, so if one person says something bad, then it spreads like wildfire.” He continued on to say that, “through all walks of life, you can’t please everyone, so I’m just focused on improving myself, not as much on what others think.”

When asked about his thoughts on KiLLA, who infamously did not show up for his final Group Play matchup after his elimination from Bracket Play contention, Parasite was again quick to answer.

“KiLLA has always speculated retirement,” said Parasite. “But he loves competing, he never wants to stop so I think he’ll still be involved within the scene soon.”

What are your thoughts on what Parasite said? Let us know by commenting below or tweeting us@GAMURScom.