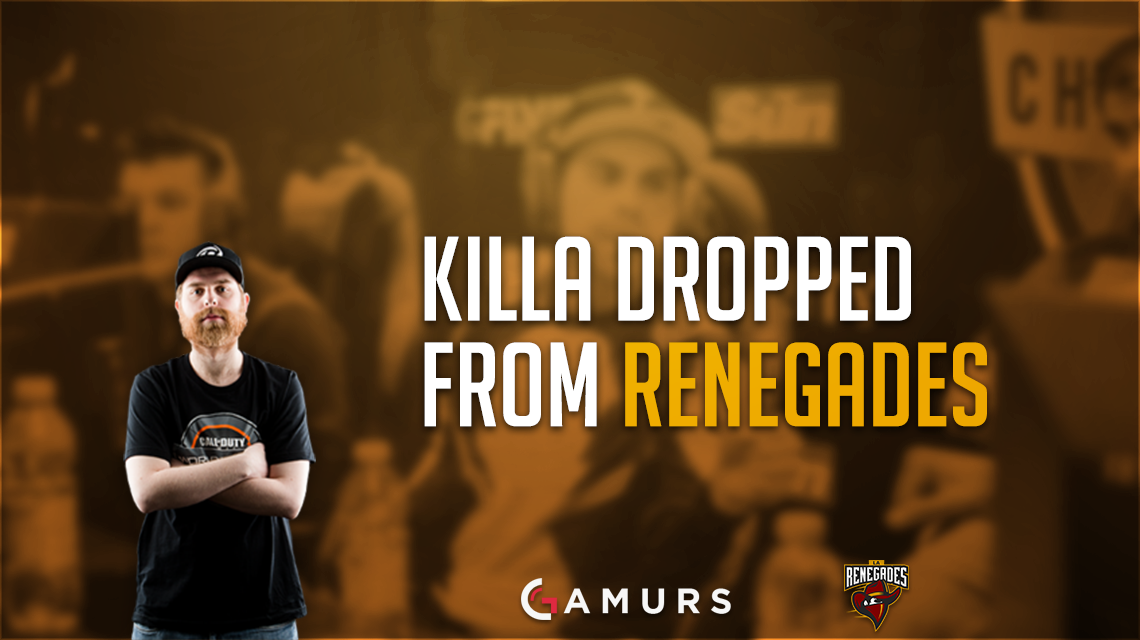 Adam “KiLLA” Sloss has reportedly been dropped from the Renegades Call of Duty team.

The Renegades squad, formerly known as Dream Team and then Ground Zero, has had its fair share of ups and downs this year. Since KiLLa joined, the team survived relegation after Stage One of the Call of Duty World League, placed top-twelve at MLG Anaheim, top-two at the CWL Stage Two Playoffs, top-twelve at MLG Orlando, and crashed out of the CWL Championship in the group stages.

The team was already guaranteed not to advance out of the group stage by the time their final match arrived, but they officially left the major tournament without winning a single series after KiLLa failed to show up for the final match.

There is no official word from the Renegades organization at this time about the roster change, and no reasoning has been given by KiLLa or any of the players still on the team. This leaves Renegades looking for a fourth member going into UMG Orlando in just under a month.

Their current roster is as follows:

Did the team make the right decision by cutting KiLLa? Let us know by commenting below or tweeting us @GAMURScom.

Spencer Hester is an editor for GAMURS and can be contacted by email at [email protected]l.com or on Twitter – @SpenceGAMURS.