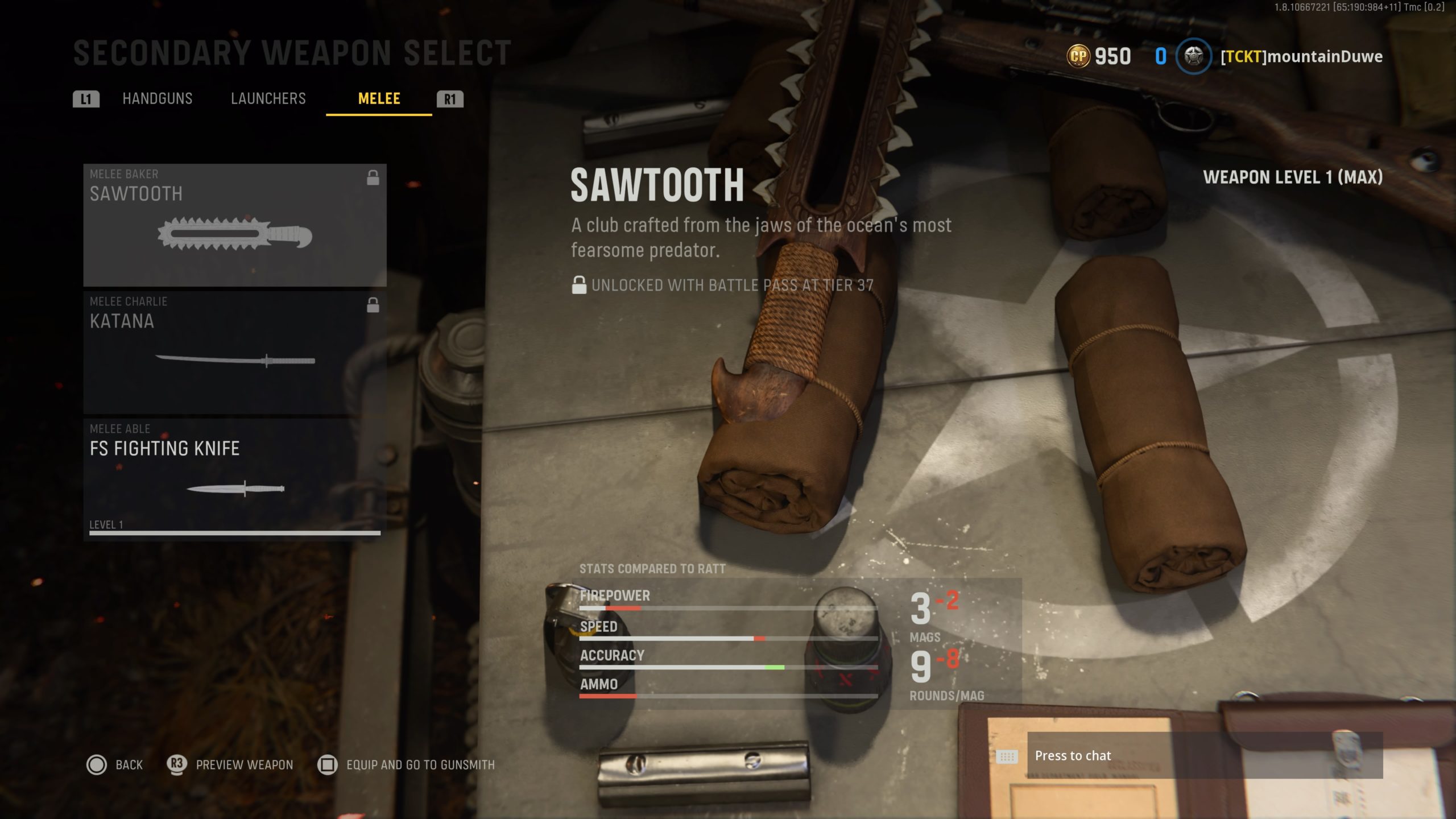 Call of Duty’s over-arching Pacific update is here, adding new content to both Warzone and Vanguard with a decidedly oceanic and island flare.

One of the new items added to the game is the Sawtooth. Its in-game description calls it “a club crafted from the jaws of the ocean’s most fearsome predator,” which makes it a fitting addition to the CoD universe in season one’s Pacific update.

That’s right, the Sawtooth is a club adorned with shark teeth. You, too, can tear through human flesh like the ocean’s greatest hunter with the Sawtooth in Vanguard multiplayer or Warzone alike.

The Sawtooth is unlocked simply enough by just reaching tier 37 of the season one battle pass. Players need only to grind and level up a few times before the new melee weapon is theirs or by purchasing tiers in the pass.

The Sawtooth joins the Katana as the second and third melee weapons in Vanguard, along with the default combat knife. These weapons are all one-hit kills, meaning you can take down an opponent quickly, but you need to be up close to do so.

Once the season ends, the pass will be gone, but the Sawtooth will then be unlockable by finishing an in-game challenge. Come back here when the season is over to learn more about how to unlock it then.