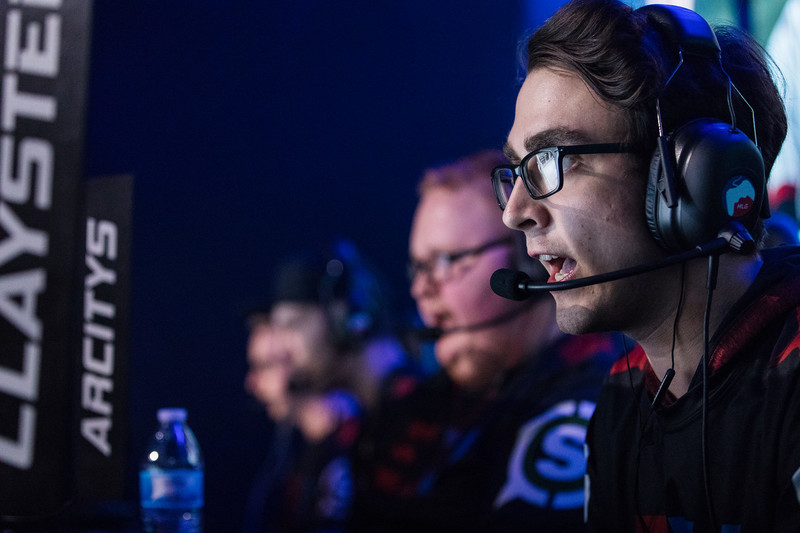 When the 2017 Call of Duty World League Championship kicked off on Wednesday, Aug. 9, 32 teams were fighting for 16 spots in the double-elimination bracket. With pool play wrapping on Thursday, we now know which teams have qualified for this championship bracket.

Several teams went a perfect 3-0 in pool play to secure the top spot in their group. OpTic Gaming, Team EnVyUs, eUnited, Rise Nation, Fnatic, Ghost Gaming, and Enigma6 all went undefeated to exit the group stage as a first seed.

The only pool that didn’t have an undefeated team was Group E, where FaZe Clan, Allegiance, and Red Reserve all tied at 2-1. Early on Thursday, ALG took down Red Reserve, but Red responded by upsetting FaZe 3-2. This was a bittersweet victory for Red, however, as they came in third place in Group E—ALG and Red were both 2-1 with a 7-5 map count, but ALG won the head-to-head matchup to secure the second seed in this pool.

Epsilon Esports earned the second seed in Group A with a sweep of 3sUP, while Mindfreak Black stunned the Call of Duty community by advancing out of pool play with a 3-1 victory over Elevate.

After being upset on Wednesday, Luminosity struggled slightly against Vitality, but still walked away with the 3-1 series win to advance out of Group D. And after going 6-0 in their first two matches of the tournament, Str8 Rippin lost 3-1 against Fnatic—but still secured the second seed in Group F.

That left the second seed in Group C as the only remaining spot in the championship bracket—and this was determined in an extremely unique fashion.

Lethal Gaming, Mindfreak, and Team Infused all had a 1-2 record, and also were tied with a 4-7 map count. These three teams then had to play in a round-robin best-of-one Search and Destroy competition—with one team advancing to the championship bracket, while the other two were eliminated from CoD Champs 2017.

Infused took down both Lethal and Mindfreak on Retaliation Search and Destroy to secure the last championship bracket spot and finalize the 16 teams moving on in this $1.5 million tournament.

Heading into the double-elimination bracket action on Friday, eUnited vs. Luminosity is set to be the most highly-anticipated match in the first round. Fans will also be keeping their eyes on Enigma6 vs. Splyce, FaZe vs. Str8 Rippin, Ghost Gaming vs. Cloud9, and Team EnVyUs vs. Epsilon.

And all the action resumes tomorrow (Friday, Aug. 11) when Str8 faces off against FaZe at 10am ET.