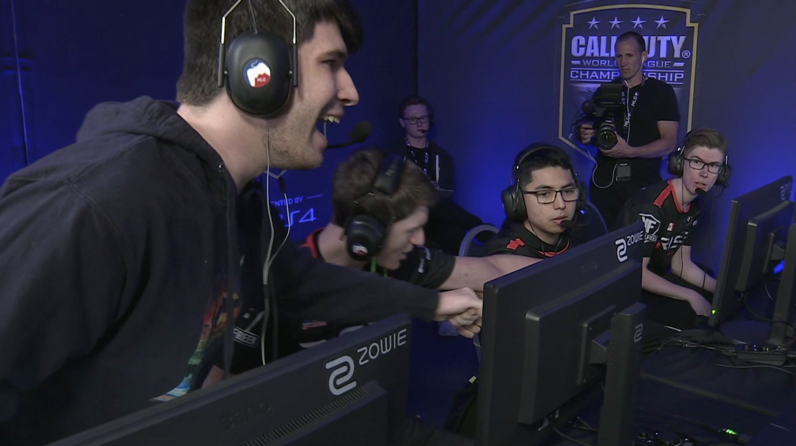 Luminosity Gaming were a top contender entering this week’s Call of Duty World League Championship—and after a strong sweep of Supremacy to start the day, it looked like they were in peak form.

But then they faced off against Rise Nation.

There’s a lot of history between these two teams. Last year, Josiah “Slacked” Berry, Sam “Octane” Larew, and Nicholas “Classic” DiCostanzo played with Daniel “Loony” Loza on Rise Nation before they joined Luminosity at the start of Infinite Warfare. Now Loony looks for revenge every time his new Rise squad faces off against that trio.

Well, Loony and crew definitely made a statement today, as they shockingly swept Luminosity.

Luminosity is one of the strongest respawn teams in Call of Duty, but Rise—Loony, Brice Faccento, Ulysses “Aqua” Silva, and Tyler “FeLo” Johnson—made an impressive comeback on Breakout Hardpoint to win the opening map of the series 250-241.

This win means that Rise is now 2-0 in Group D, while Luminosity shockingly drop to 1-1. Luminosity will need to win their last group stage match tomorrow to give them the best chance to make it out of pool play.

Rise look to end the group stage 3-0 when they face off against Supremacy at 2:30pm ET tomorrow (Aug. 10), while Luminosity will take on Vitality at the same time. You can watch all the action on a variety of different platforms—and you definitely won’t want to miss Thursday’s crucial matches.