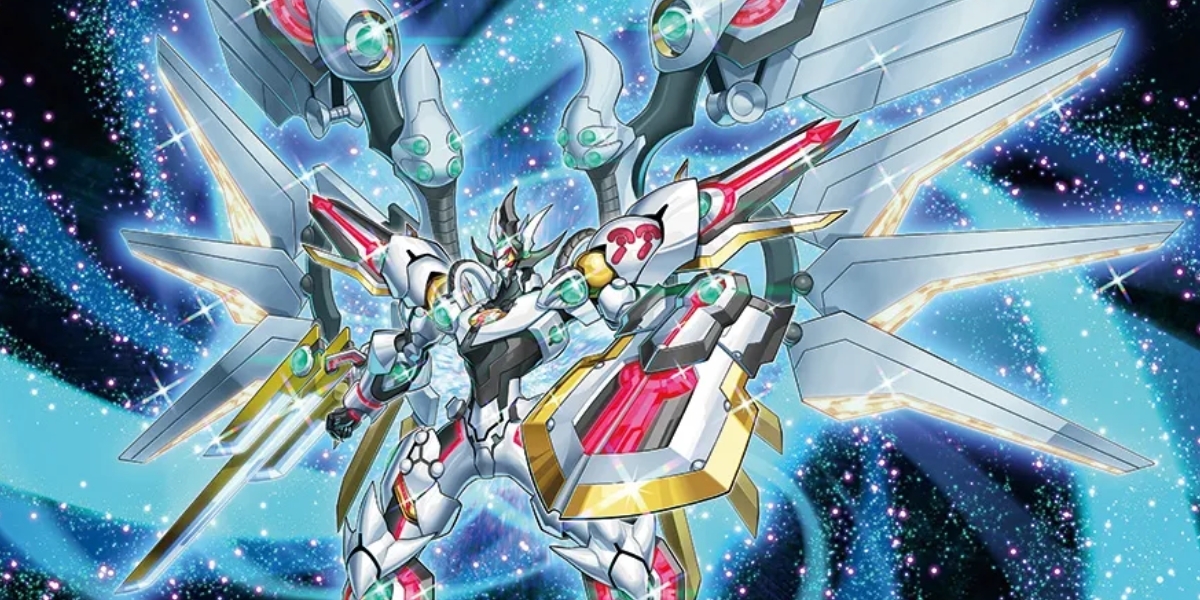 Konami has officially revealed details about the next Yu-Gi-Oh! OCG Structure Deck, Overlay Universe, which will focus on Xyz Monsters.

It looks like players will be getting even more Xyz support in the near future, especially with the first card of the new deck being Number 99: Utopia Dragner.

The new deck will be released in Japan on June 26 with a 43-card Main Deck, the standard playmat and rulebook, and a bonus Emperor’s Door pack that contains an additional five cards inside. Four cards in the deck are Normal Parallel foils and there are three special Ultra Rare cards, too.

Number 99: Utopia Dragner looks like it will be a play on the pre-exsisting Number 99: Utopic Dragon, using the Utopia-style evolution to make it even more powerful. With that in mind, the deck will likely include several Rank-Up-Magic Spells and other Utopia monsters as well.

Now that we have most of the details about the upcoming Cyber Style Structure Deck, Konami should continue sharing new information about Overlay Universe every week leading up to its release. Just don’t be surprised when it gets torn apart and shoved into an actual booster box when the cards finally get printed for the TCG, since that’s typically what happens.