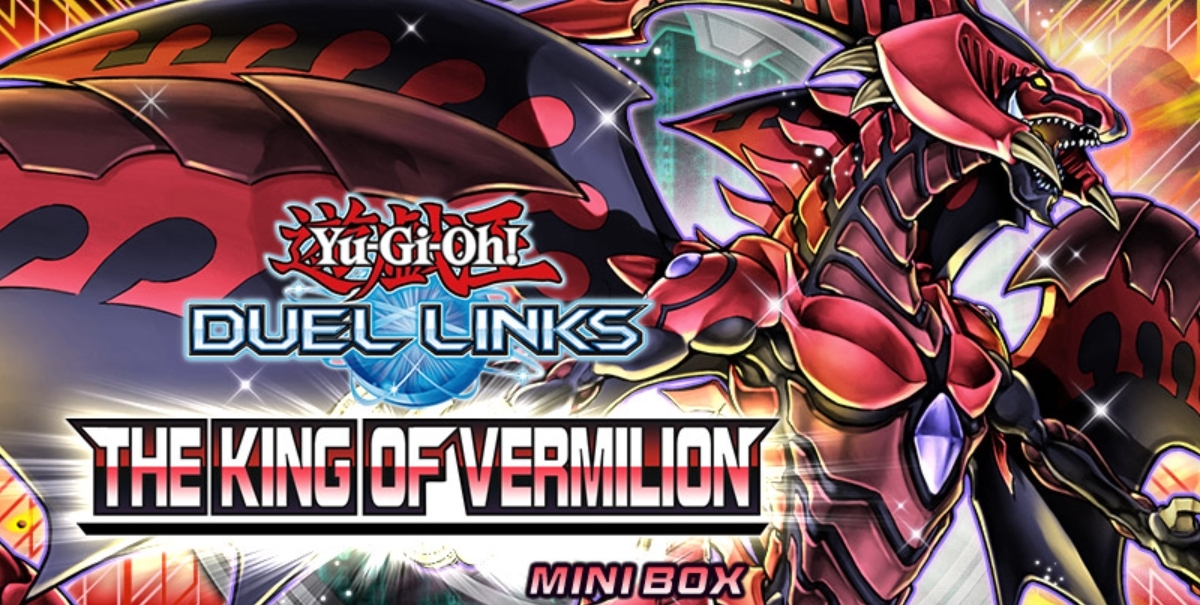 Yu-Gi-Oh! Duel Links is kicking into a new gear with the release the game’s 34th mini box, The King of Vermillion.

This release is supplementing the 34th main box, Eternal Stream, which was released at the end of April, and the recently released Stardust Nexus Structure deck.

Not only will The King of Vermillion introduce several powerful monsters, but one of the key chase cards will be Tuning, a Spell Card that allows the player to search for a Synchron Tuner monster from the deck and add it to their hand. It can only be used by Yusei in Duel Links, but it will instantly become a staple of the growing Synchron meta decks.

Ally of Justice Catastor is also making its Duel Links debut, which means players will now have to worry about seeing the Synchro staple throughout multiple decks that can access it.