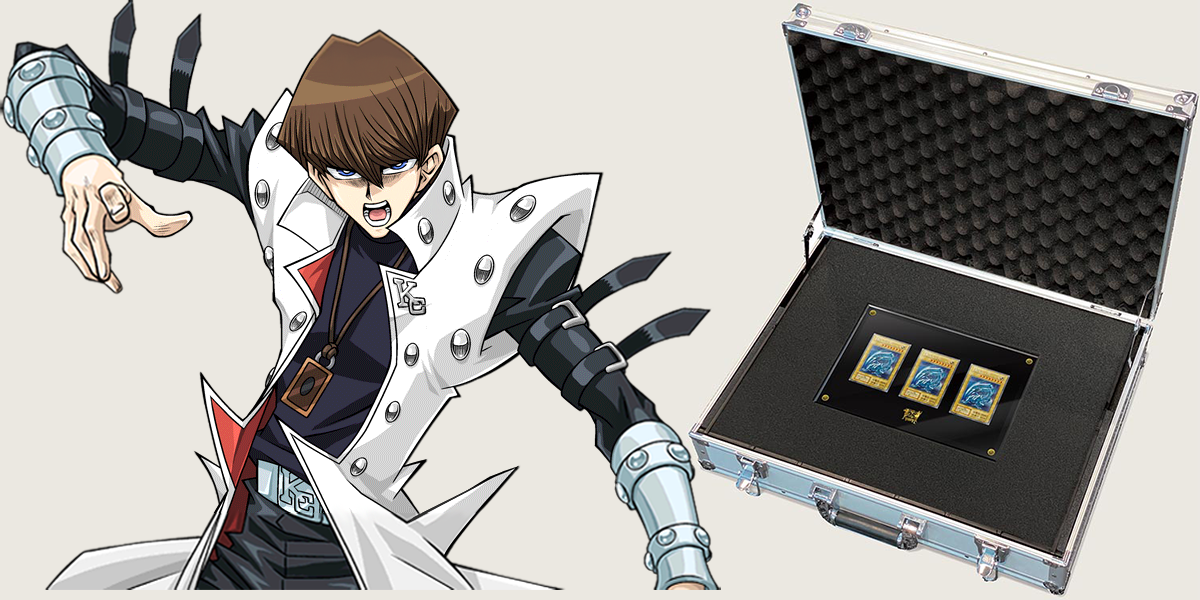 Konami has revealed a new 25th Anniversary Product for the Yu-Gi-Oh! OCG. This time, it is a special edition display case themed on Seto Kaiba’s card toting briefcase from the Yu-Gi-Oh! anime.

Not only will the case be fully usable and designed to store upwards of 7,000 Yu-Gi-Oh! cards, it will also include multiple collectible and limited-edition cards.

It wouldn’t be the “Ultimate Kaiba Set” without something to do with Blue-Eyes White Dragon being featured heavily. And right as you open the case, an Original Manga 25th Anniversary Logo engraved display case holding three, Secret Rare Blue-Eyes will be sitting inside. 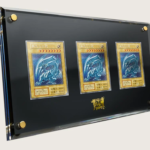 Along with that, a set of cards used by Kaiba in the anime will be included in the collection too. It will feature 58 reprints and three brand-new cards that will be printed for the first time, all of which will be Ultra Rare. Here are the three new cards, and the pre-release artwork.

The briefcase itself is listed as capable of carrying “around 7,000 cards comfortably” and will include separators, allowing players to arrange their cards into 14 different groups. A belt in the side of the lid will allow for easy playmat storage too.

For anyone interested, preorders will be live from Sept. 21 to Oct. 31, with deliveries expected to start in April 2022. No news on a TCG release is currently available.