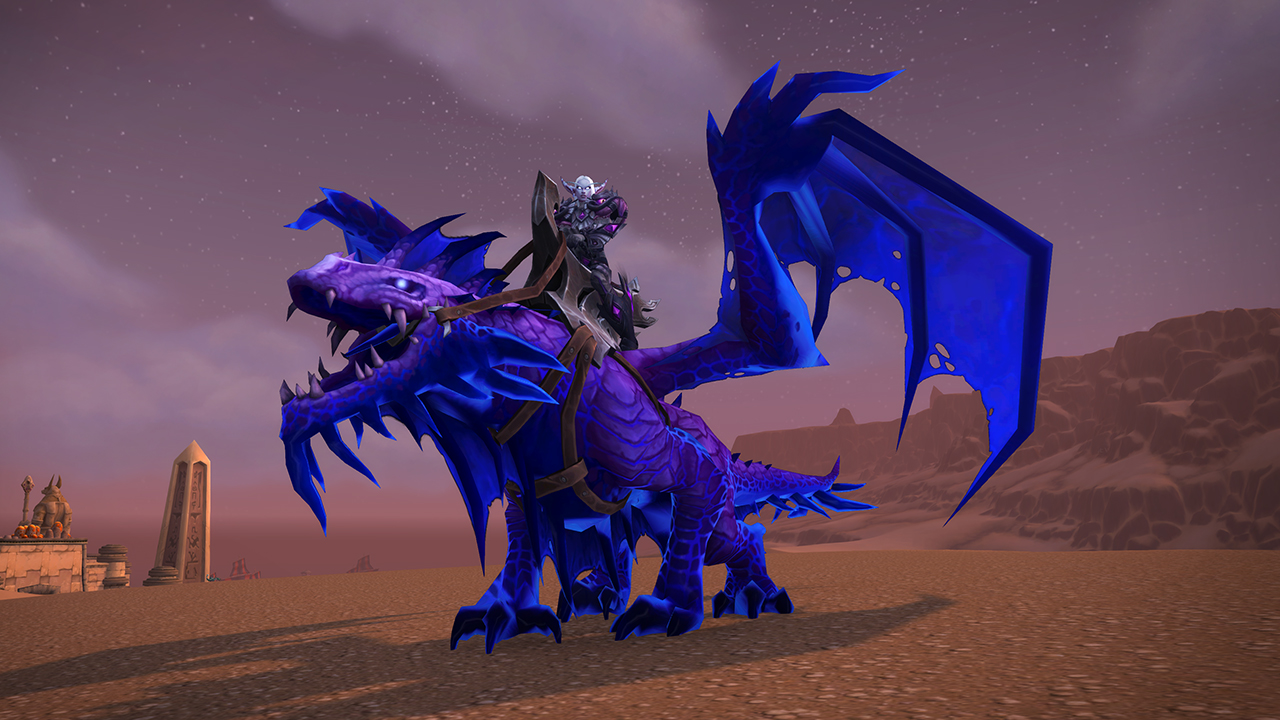 World of Warcraft has a massive catalog of mounts, and with each newly released expansion, that catalog grows even wider. But even though there are over 400 mounts that can be collected by any player, there are still a few that will remain unavailable forever.

Throughout WoW’s 18-year history, dozens of mounts have been retired by Blizzard Entertainment for a variety of reasons. Whether it’s because of a prestige factor or because they were part of a limited-time event, there is most definitely an element of exclusivity that comes with some of WoW’s mounts.

From high-profile PvP mounts to legacy raiding rewards, here are some of the rarest World of Warcraft mounts that are no longer available in the game.

Perhaps WoW’s most prestigious mount, the Black Qiraji Battle Tank is the only legendary mount in the game and was awarded to players who participated in the Ahn’Qiraj War Effort back in 2006. After the gates of Ahn’Qiraj opened on players’ servers, they only had 10 hours to ring the gong at the gates and obtain the mount for themselves. Once those 10 hours were up, the mount became unavailable forever.

Before Mythic+ was added to the game, Challenge Mode dungeons were the go-to for PvE players looking to run time trials. Introduced in Mists of Pandaria, players were awarded with either bronze, silver, or gold medals based on their performances in dungeons.

Each season, the top Arena players in the world are rewarded with a prestigious mount for their efforts. These mounts will always relate to the current expansion. Cloud Serpents were awarded to top PvP players during Mists of Pandaria and Gronnlings were given out during Warlords of Draenor, for example. These rare mounts are only available for one season before they’re put on the shelf forever.

WoW’s famous flying moose mount was the reward for defeating Archimonde, the final boss of the Hellfire Citadel raid, on Heroic difficulty prior to the release of the pre-patch for the Legion expansion. This mount was only available between June 2015 and July 2016. Although there are color variants for this mount, including the red-and-black Grove Defiler, the original standard version is no longer obtainable.

Related: Easiest mounts to farm in World of Warcraft

The Spectral Gryphon and Spectral Wind Rider were given to Alliance and Horde players, respectively, for using a Scroll of Resurrection on a friend’s account. If you brought a player back to WoW via the scroll, you were given a spectral flying mount as a reward. But the Scroll of Resurrection system was removed from WoW in 2014, and so were the faction-based spectral mounts.

The Uncorrupted Voidwing was the reward for players who took down N’Zoth in the Ny’alotha raid on Heroic difficulty while the fight was still current content. It was made unavailable to earn when the Shadowlands expansion launched in 2020.

This mount was a reward for players who took part in 15 Heroes of the Storm games as a character from the Warcraft franchise during February and March 2017. The mount became unobtainable once the two-game promotion came to a close.

This mount was available as a reward for freeing all of the scouts in the original version of Zul’Aman within a tight timer. Once Wrath of the Lich King launched, the mount was removed since the challenge was made significantly easier due to the increase in the game’s maximum level.