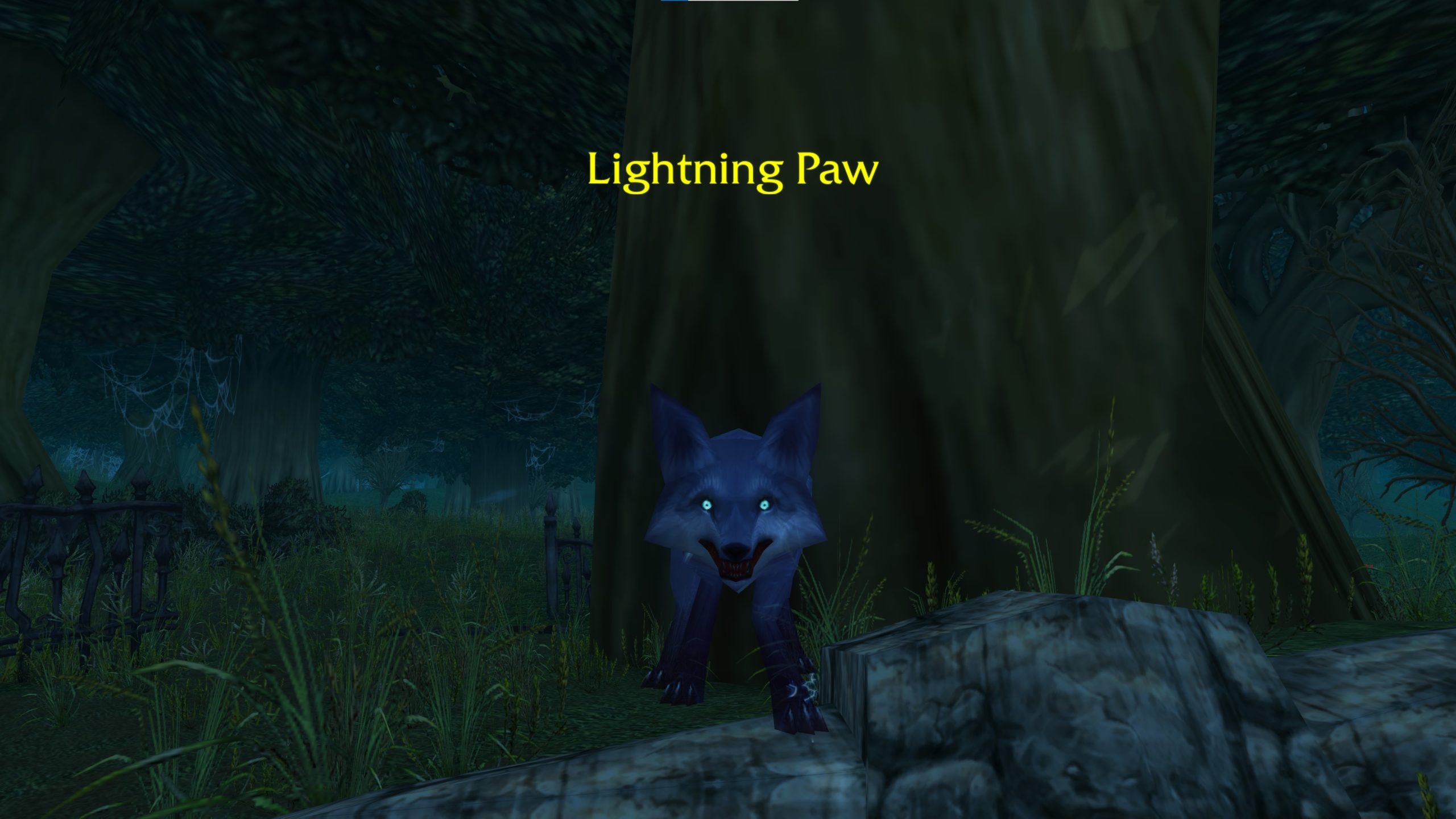 Lightning Paw is one of the most coveted Hunter pets in World of Warcraft. A blue, spectral fox surrounded by small bolts of lightning that bounce off its fur, the pet is a cosmetic marvel and easily stands out for its rarity and striking visuals.

Although Lightning Paw is one of the most prestigious pets Hunter players can add to their stables, the tracking and taming process that goes into acquiring the pet can be tedious. It could take several hours to find Lightning Paw and tame him for yourself, but the payoff will surely be worth it once you’re able to track him down.

Here’s how to find and tame Lightning Paw in World of Warcraft.

How to find Lightning Paw

To find Lightning Paw, head to the Raven Hill Cemetery in Duskwood and begin to search through the bushes in the area. Keep an eye out for bushes that have a set of blinking eyes in them, as Lightning Paw can appear in any of those bushes. We found Lightning Paw in the bush at coordinates 24, 39. Lightning Paw can be relatively painstaking to find, as the combination of a lengthy respawn timer, stealth effect on the pet itself, and countless bushes to check in the area makes for a time-consuming process.

Make sure to inspect each blinking-eye bush in the area closely, as Lightning Paw will be hidden within the bush. Since Lightning Paw takes advantage of stealth, you’ll need to head directly into each possible bush for a moment and force him to reveal himself. Make sure to listen for the game’s signature stealth sound effect when entering a bush, as it will accompany Lightning Paw’s revealing of himself.

We recommend creating a target macro for the NPC—/target Lightning Paw—and binding it to one of your keys so that you may easily keep yourself locked onto Lightning Paw once he’s revealed.

After finding Lightning Paw, you can make him your pet with the Tame Beast ability as long as you don’t currently have a pet active and there is an available slot in your lineup of pets.