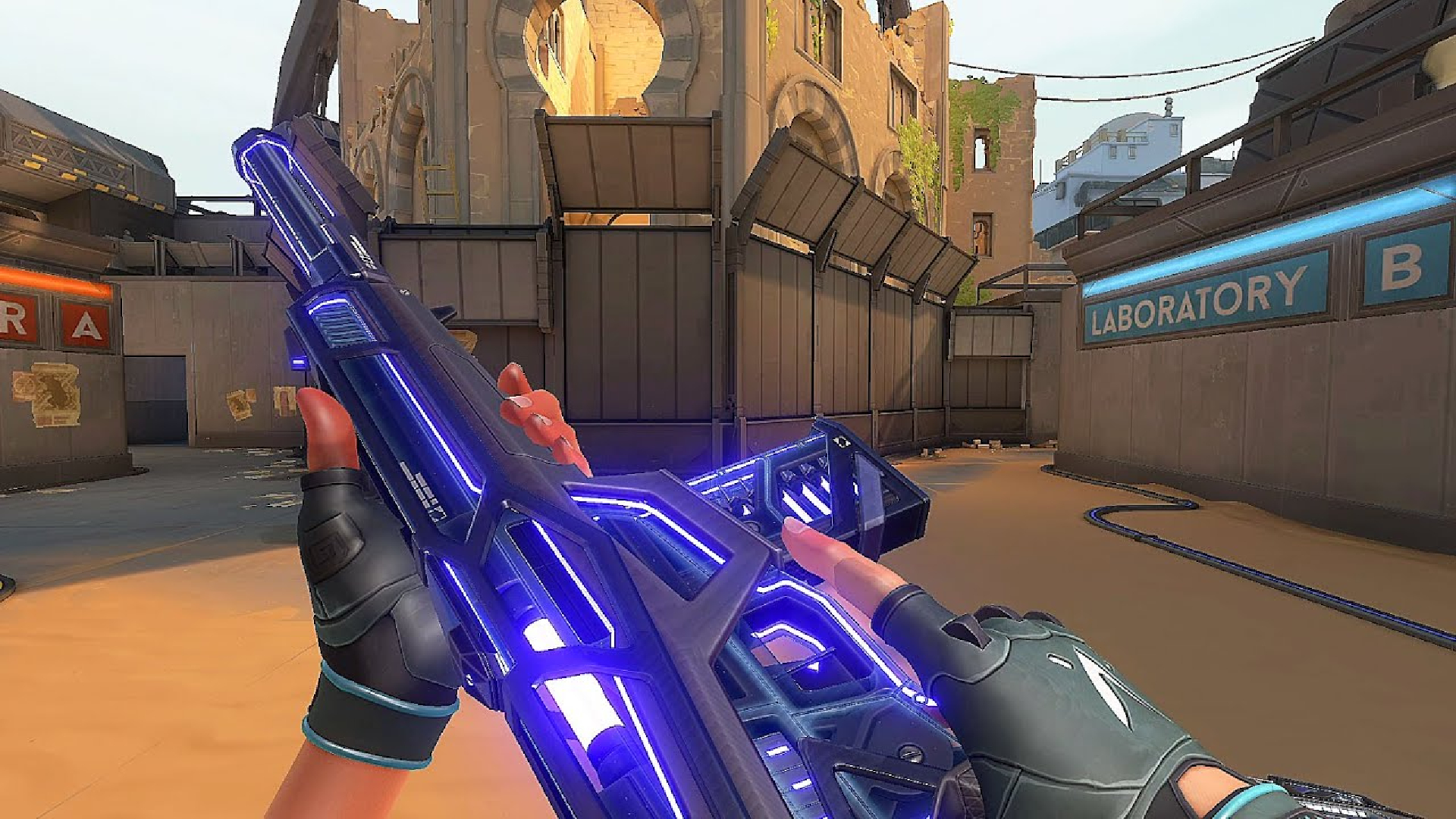 VALORANT Episode Four, Act Three introduces not only a new Agent but an addition to the beloved RGX 11Z Pro weapon skins. Players will be able to grab the entire bundle when the new Act is released.

The RGX weapon skins were first introduced to VALORANT last October and have been a hit for players both professional and casual ever since. With different vibrant color variations, a kill counter and an inside look at the mechanics of the weapon, the RGX skins are on another level. The second version of the RGX skins will come in a Phantom, Classic, Operator, Spectre, and Butterfly knife.

These skins will be worth 2,175 VALORANT Points each, with the player cards being 375 VP, the spray at 325 VP, and the RGX gun buddy at 475 VP individually. For players who would like to save some cash, the bundle can be purchased for 8,700 VP on April 27 when the shop refreshes.

Any time a new VALORANT weapon skin bundle releases it is helpful to look at how much time the current bundle has left in the shop. Before the RGX bundle, there was the Doodle Buds pack, which was an illustrative style skin.

Shortly after leaks came around that the RGX skin line would be receiving more additions. Sure enough, when the Doodle Buds weapon bundle leaves the store, it will be replaced by the new RGX bundle. On April 27, the shop will refresh at varying times throughout the globe. Check what time of day the shop refreshes every day to see when it will refresh when the new skins are released.