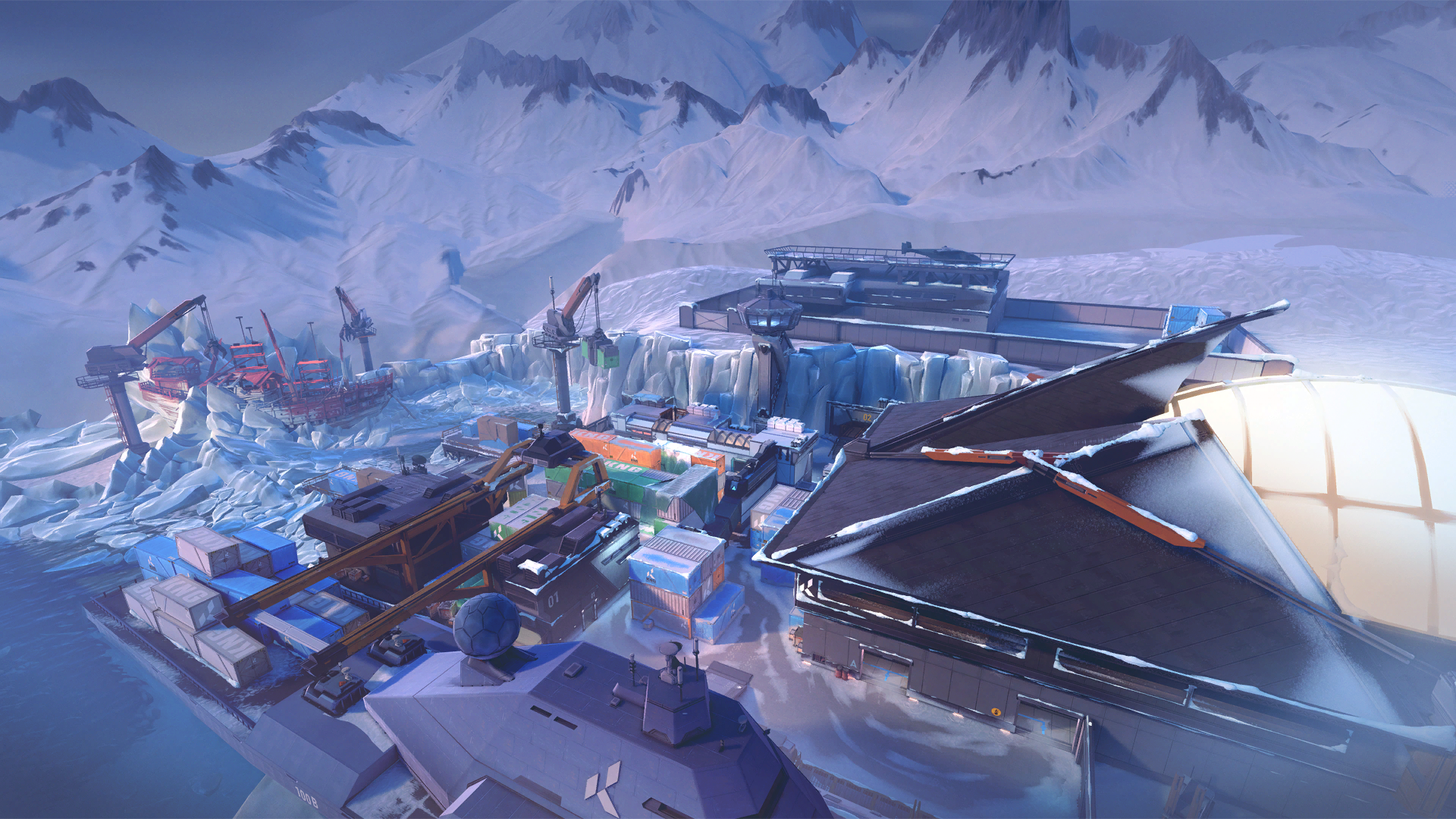 Icebox offers a couple of unique twists in VALORANT, namely in the verticality of each spike site and the horizontal ziplines that players can use to travel quick distances at a cost of aim ability. Both the A and B sites offer close, narrow corridors underneath high vantage points.

In terms of balance, the sites are easier to defend than they are to attack. But that kind of layout also makes it harder for the defensive side in retake scenarios. For either side, knowing the specific callouts is vital to high-rank success on Icebox.

Here’s a comprehensive guide to Icebox, including callouts and basic attack and defense strategies.

Here is the in-game map for Icebox, with most of the basic callouts listed. Now we’ll move on to some of the specific site callouts not shown above.

The only other callout you need to know on Icebox is Generator, which would be the on-site corner that’s behind the player in the first image.

When attacking the A site, watch out for defenders setting up a crossfire at Generator and Maze. Use flashes or recon abilities to clear a potential defender out of one of those spots, then push together facing the second. Your best plant spot is one where you can peek and hit defusers from the Nest area that leads into A.

On defense, make use of agents like Omen and Jett that can get up to spots like Pipes and on top of Screens. They can call out more attackers, smoke off chokepoints, and smoke themselves out of tricky situations as well. Sage walls are great for slowing down pushes and giving your team some cover to attempt a defuse.

Here are the basic callout locations you should know about on the B site of Icebox.

The best method of attacking B is to split the team up between B Main (Green and Yellow) and via mid. The mid players can either go under Tube for a fast pinch but are susceptible to more opposing angles and a fast lurk from the defenders from mid. Going through Tube and Kitchen takes longer but can give the attackers deep lurks themselves to play with.

The key to defending B is keeping an eye on mid, to make sure attackers don’t go in or under Tube without the defenders on B noticing. A long-range angle from Snowman is great for catching players trying to cross from Green to Yellow. Retaking B is hard, so play up to deny plants as much as possible.