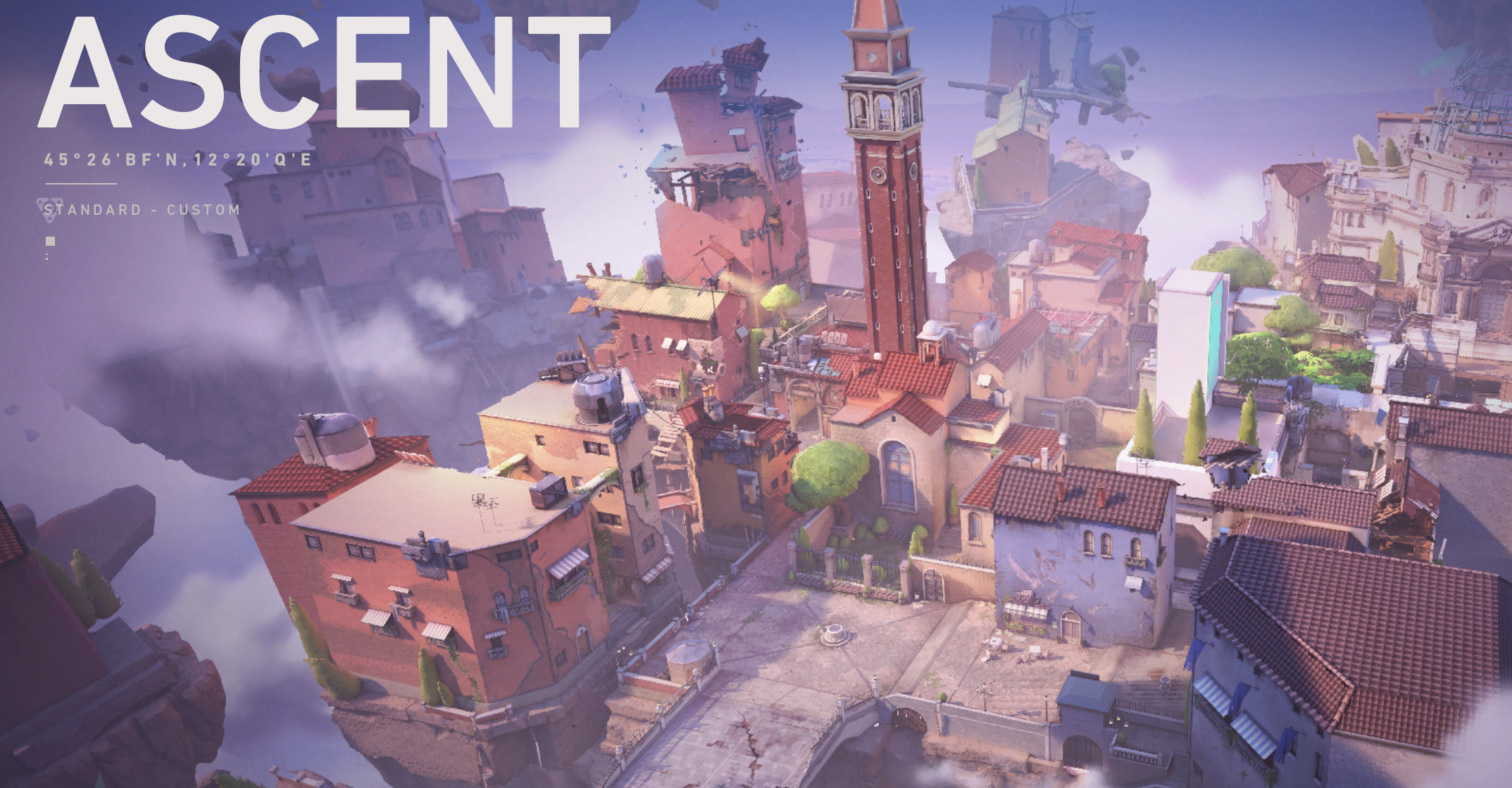 On a map with long sightlines and last-minute rotations, you’ll need the perfect comp. We’ve got you covered.

Ascent is extremely favorable to defenders, allowing teams to dominate early before switching to attack. Having a good agent lineup can help you assert dominance while defending, while potentially countering teams running protective comps.

To create the ideal comp, we’ll look at the best agent picks in solo queue while also considering pro team lineups from last month’s VCT NA Masters One. Since Astra is still relatively new and just entered the pro scene, we’ll leave her out for now.

There’s not much left to say about Omen that hasn’t already been said. He’s the top controller for a reason.

Ascent is a huge map with various elements of verticality. Being able to precisely smoke spots from anywhere on the map is a luxury that not many agents have. With the introduction of Astra, this may change. And her presence in pro play has already dropped Omen’s pick rate by a bit. But he’s much easier to pick up and offers tons of mobility, too.

When attacking B site, Omen can send a Paranoia through main and help his duelists entry. Add a smoke on Market and CT and it’s pretty hard for the opposing team to defend. Similarly, throwing a smoke on A site’s Heaven and by the door entrance can force defenders to play on site or retreat.

When defending, Omen can Shrouded Step onto various cheeky locations to throw opponents off. And getting a smoke back after 35 seconds is great for a map known for late-round rotations.

With vast sightlines and long corridors, Sova is a must-have agent on Ascent.

The agent’s intel can easily inform defenders where the opposing team is at the start of a round, especially if players learn various Recon Bolt lineups. And if the dart gets shot out, throw out your Owl Drone for good measure. Learning Shock Dart angles is also a good way to tag enemies planting in default Spike spots.

Sova’s ultimate is what really pushes him over the edge, however. Due to Ascent’s long corridors, like B and A main, opponents often group together. Sova players can just aim and fire right through them, potentially tagging multiple enemies. This is also helpful for delaying the plant or defuse, allowing you to hide relatively far back when ulting to save a round.

There’s no better agent at locking down a site than Killjoy—and Ascent is perfect for her.

While Mid Courtyard might be vast, Ascent’s sites tend to be more cramped. This helps Killjoy fans set up devastating traps to prevent a push and catch opposing teams sleeping. And if your set up gets figured out, Killjoy can easily switch it up or even swap sites with an ally.

Her Turret easily catches enemies that peek their head into a site, alerting defenders of an opposing push. This will often cause attacking teams to rethink their tactic, potentially rotating to another site.

For A site, Killjoy can place her Alarmbot and a Nanoswarm by the door. This will catch an enemy off guard when they go to close it. Planting a couple of well-placed Nanoswarm’s on B site can pick off enemies trying to rush onto the site. And her Lockdown ultimate is great for getting onto a site or pushing enemies off, giving you plenty of room to work with.

Raze’s explosive ability kit can open up space and take it away.

With Sova providing intel for the team on one site, Raze’s Boombot can let you know of nearby enemies on the other. Her Blast Packs let her take advantage of Ascent’s verticality, allowing you to flee from a tricky situation or take uncommon vantage points. Players commonly use them to reposition, too, especially for experienced Razes who can double Blast Pack long distances. This can help create an opening for your team that’s struggling to break into a site.

And there’s no better agent at wiping out grouped-up enemies than Raze. Players can hold down B main with a grenade, Boombot, or Showstopper, making it risky for opposing teams to push through. The same is true for enemies planting or defusing the Spike, who would have to dodge a cluster of fatal Paint Shells in the process.

For your team’s second duelist on Ascent, it definitely comes down to preference.

It’s hard to argue that flashes and blinds aren’t extremely important on Ascent. With such tight entry points into both sites, you’ll need whatever help you can get to break in. A Phoenix or Reyna flash is perfect for that. And both duelists can string together multiple kills with their ultimate, easily turning the tides of a fight.

While Jett doesn’t have a flash, her dashes and Op potential provide plenty for her team. When attacking a site, defenders might place traps or smokes at an entry point. Jett can easily bypass that by dashing in and throwing a couple of smokes for herself. Teammates can then follow her in and help pick off players she spots.

And since Ascent has those long sightlines, especially in the middle of the map, an Operator is a great way to snag an early pick. Jett is a great agent for the job because she can peek, take a shot, and dash out of harm’s way. Plus her Updraft is a great repositioning tool that can be used similarly to Raze’s Blast Pack.