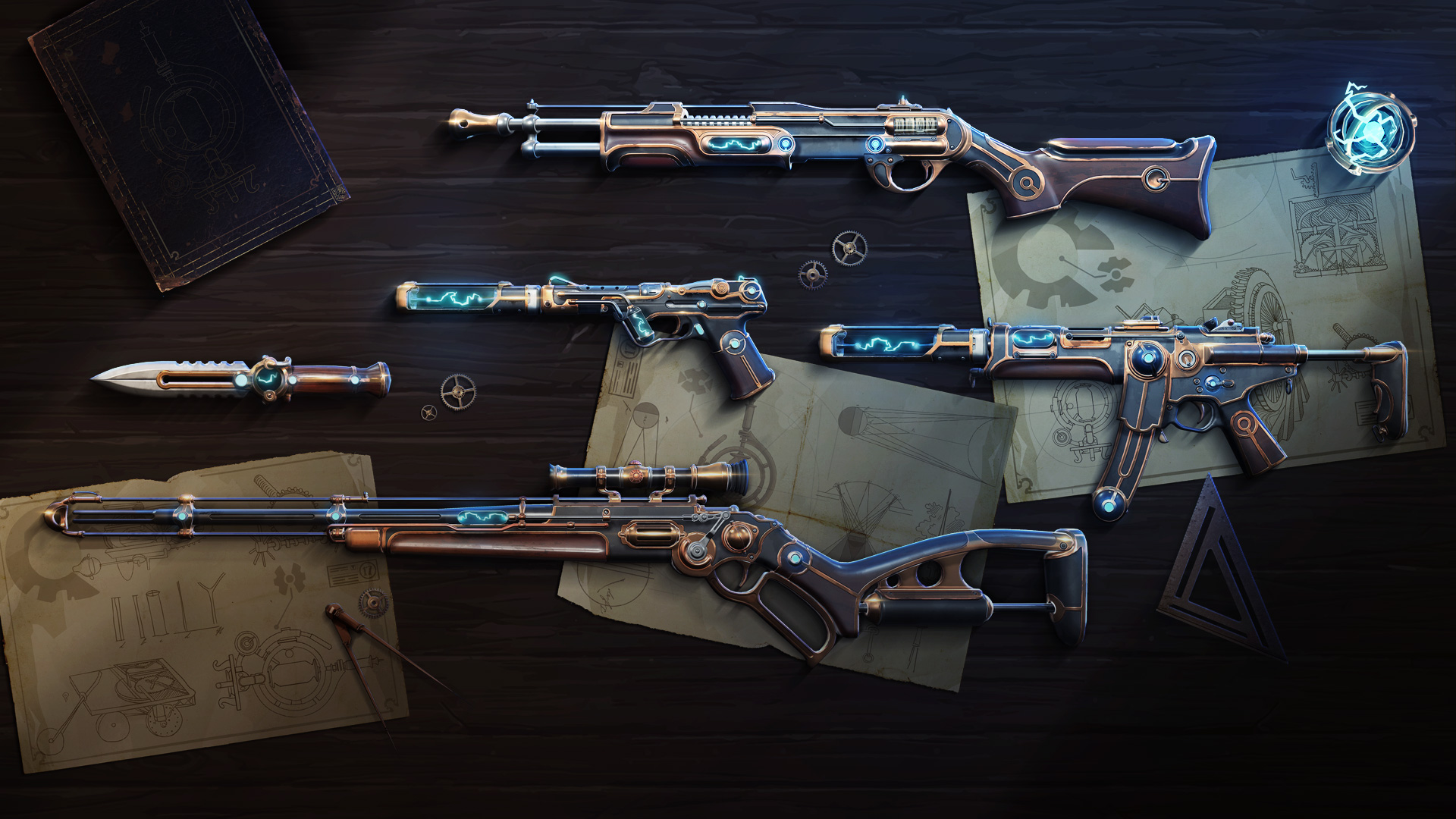 The skins, which are expected to go live in the store on Thursday, April 1, cost a combined 6,734 VP (over $70) for the entire bundle, which includes cosmetics for the Ghost, Spectre, Bucky, Marshal, Electroblade melee, and a card, spray, and buddy.

The skins also include a series of upgrades. The Electroblade melee can be upgraded with Radianite Points to have a unique model, custom equip animation and electric swipes, and green, purple, or orange visual effects. And upgrading the guns gives them a custom muzzle flash and firing sound, a special animation, and a finisher and kill banner.

The goal of designing Magepunk, according to Riot, was to make the skins feel like they came from a different world “than you typically see with steampunk.” The collection comes with a backstory and a technology source, where instead of electricity being discovered at the turn of the century, “it was magic.”