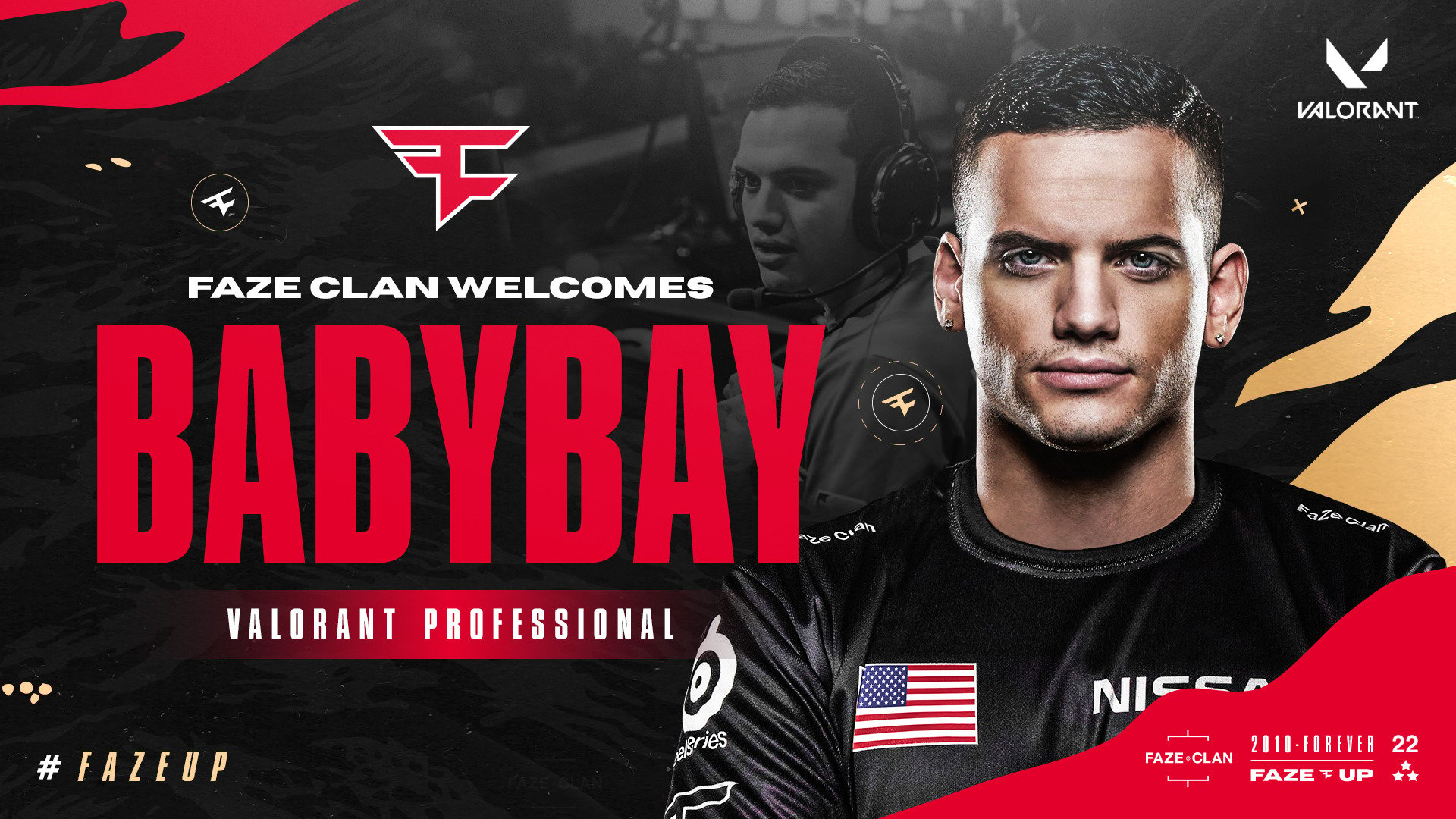 Babybay called it quits in Overwatch in July, though at the time, he never said what his future would look like. Rumors seemed to consistently indicate that he would join FaZe, though.

The DPS player spent time with the San Fransisco Shock and Atlanta Reign during his time in the Overwatch League. He now joins two other former Overwatch League players, Corey “corey” Nigra and Zachary “ZachaREEE” Lombardo, along with retired CS:GO pro Jimmy “Marved” Nguyen on the team’s roster.

The final spot on FaZe’s VALORANT roster may go to another former OWL player, too. According to ESPN, former Houston Outlaws DPS player Shane “Rawkus” Flaherty has joined the team. Rawkus retired from the OWL to pursue a VALORANT career on Aug. 1.

The new roster will make its debut Aug. 6 in the FaZe Clan Invitational.