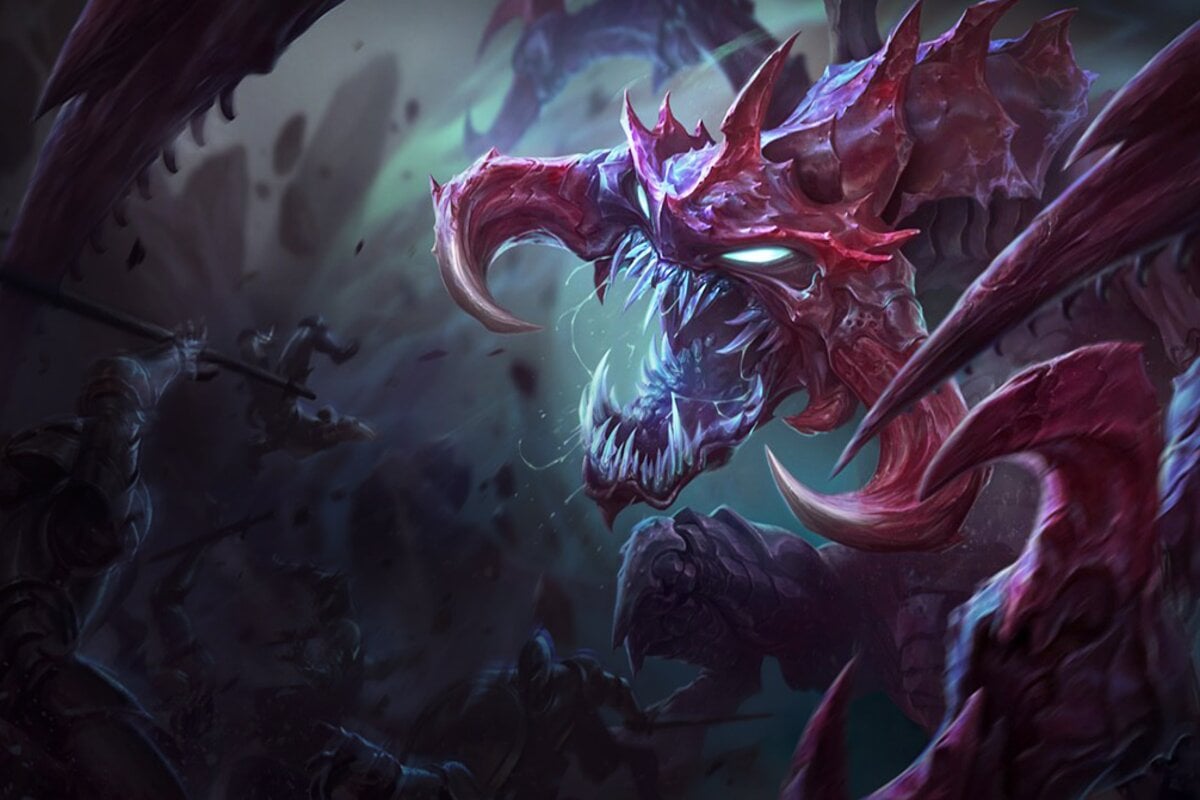 A recent slight buff to Cho’Gath’s armor and magic resistance ended up with the TFT Set Six champion having its buff reverted in the 12.2 B-patch. The balance change in Patch 12.2 increased the three-cost champion’s armor and magic resistance by five, while also slightly buffing his spell damage across the board. During the Post-Mortem rundown with game designer Kent “Riot Kent” Wu, Mortdog revealed the Cho’Gath problem was more of an issue with the Colossus trait.

“I think the reality is that we are never going to be able to balance the Colossus unless we do something to the trait—hint, hint—Set 6.5,” said Mortdog. The Colossus trait in TFT Set Six has breakpoints at one and two, providing crowd control immunity at one, along with 25 percent reduced damage at two.

Players will have to continue “to live with where Cho’Gath is,” said Mortdog, calling the three-cost unit “the hardest champion to balance in the entire Set.” The buff to Cho’Gath’s spell damage will likely remain, with Riot Kent calling it a “good” change, since it made the Set Six champion “more reliable” as a carry.

A PBE launch for TFT Set 6.5 is scheduled to drop early next week, introducing Silco to TFT as the first non-League champion and possibly including another non-League champion by the name of Renata. An official launch of Set 6.5 will take place with Patch 12.4 on Feb. 16.