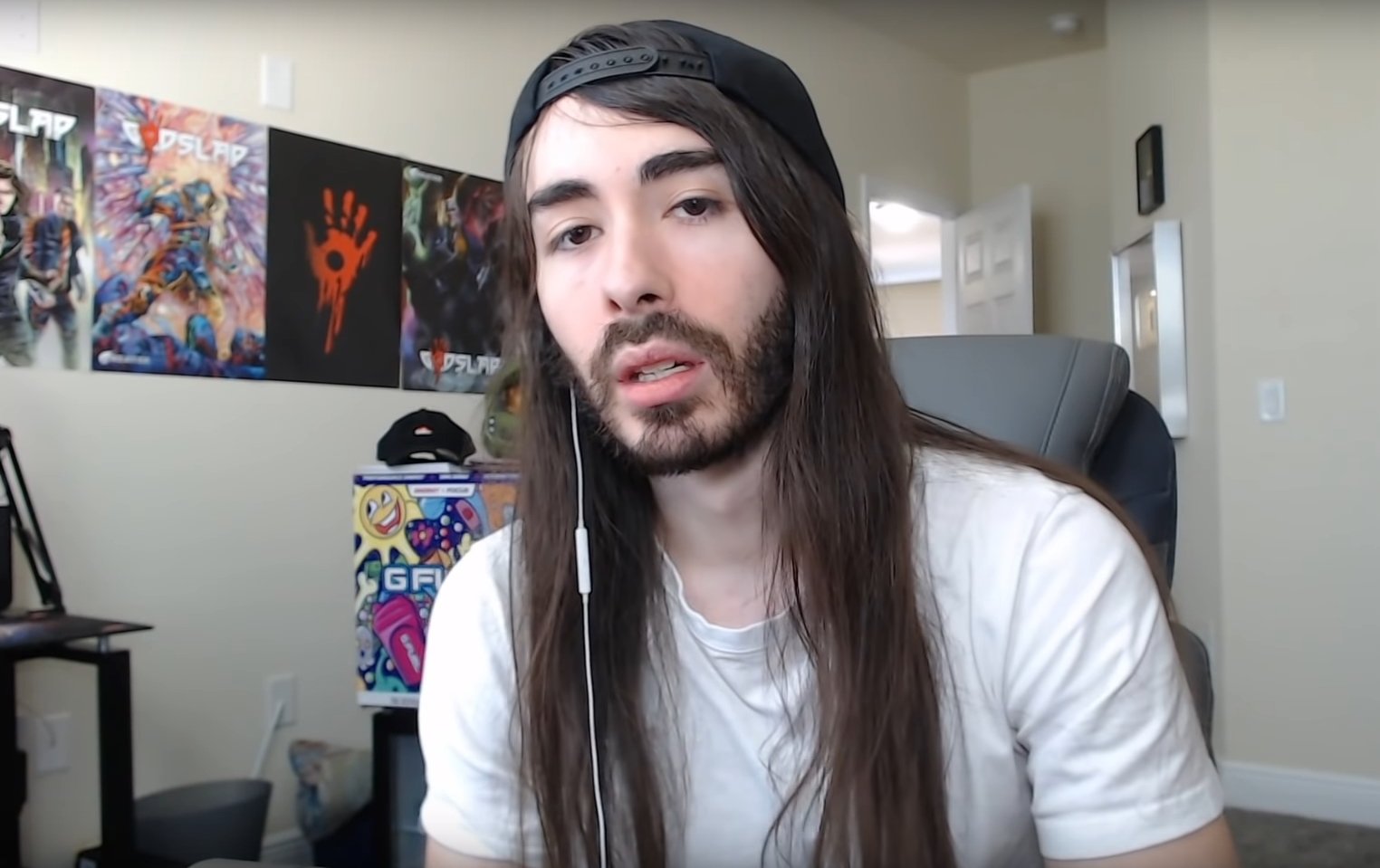 Charlie “MoistCr1tikal” White is an American multi-media phenomenon. He is a YouTuber, Twitch streamer, heavy-metal singer, esports org owner, and is developing his own graphic novel series.

Charlie actively created online content for over fifteen years under various internet monikers, forming his Penguinz0 YouTube channel in 2006. Focusing on Gears of War gameplay videos, Charlie began streaming on Justin.tv, the predecessor to Twitch, as early as 2009.

The YouTuber’s first major viewership spike came after his video on the browser game QWOP was featured in Ray William Johnson’s series Equals Three. By 2014, Charlie had reached over one million subscribers and announced that he sent all YouTube earnings directly to various charities. After years of anonymity, Charlie revealed his face in 2015 and later began creating full-cam commentary, which has since become a staple on his channel.

Charlie experienced another period of immense growth in 2020 during the onset of the global pandemic. Charlie was co-hosting his own Super Smash Bros. Ultimate tournament and streaming Chess and Among Us content with fellow streamers. He surpassed four million followers on Twitch and ten million subscribers on YouTube.

In 2021, Charlie took on several ventures outside his normal content creation. Alongside Troy McKubre of the band Solstate, Charlie formed the metal duo, The Gentle Men. On July 5, 2021, Charlie announced the launch of the graphic novel series GODSLAP, credited as a writer alongside Stephanie Phillips and Ricardo Jaime. Later that year, Moist Esports was also founded, signing players in Super Smash Bros. Ultimate and Rocket League.

MoistCr1tikal, at a glance

What games does MoistCr1tikal play?

MoistCr1tikal streams a wide variety of games and reaction content. The game MoistCr1tikal has played the most is Super Smash Bros. Ultimate, given that his fame originally came from the niche community’s esports scene. During the respect games’ height of viewership, MoistCr1tikal also logged countless hours into Fortnite and Among Us. The streamer often plays trending games and titles such as Elden Ring, Death Stranding, and Cyberpunk 2077 upon release.

MoistCr1tikal is known to play some of the most obscure or lowest-rated games across Steam. While viewers can expect MoistCr1tikal to play any popular, recently released game, they can also expect the streamer to jump on any number of indie games.

How much does MoistCr1tikal make on Twitch?

During the massive Twitch leak that showed the top 100 streamers’ payouts from Aug. 2019 to Oct. 2021, a document revealed that MoistCr1tikal was in the top earners of all content creators on the platform. Ranked number 22 of the highest-earning creators, MoistCr1tikal brought in $2,098,742 during the timeframe listed in the document. This number only accounts for the money made from subscriptions, advertisements on Twitch, and bit donations, but did not include sponsorships or direct donations made to the streamer.

MoistCr1tikal has many other different streams of revenue, which greatly influence how much the streamer makes. Investing into merchandise, an esports organization, a talent agency, and several other artist projects, it is unclear exactly how much MoistCr1tikal brings home outside his streaming earnings.

Where is MoistCr1tikal from?

MoistCr1tikal is originally from Tampa, Florida. The streamer still currently resides in Tampa, though he is known to occasionally make trips to collaborate with other creators at large events.

What is MoistCr1tikal’s most viewed Twitch clip?

MoistCt1tikal’s most viewed Twitch clip comes from 2020, where he set a new world record for the obscure indie game Mr.Krabs Overdoses On Ketamine. We’ve put the whole video above for those of you who want to see it in its entirety. The streamer has a deep history with the speedrunning community and often attempts to find the fastest way to complete even the smallest community-made games. In this clip, MoistCr1tikal beat the game in a staggering 18 seconds.

Why is MoistCr1tikal so popular?

MoistCr1tikal has been heavily praised for sardonic commentary and the colorful use of similes. The content creator has always managed to stay on top of trends, providing commentary on relevant or timely controversies, playing trending video games, and collaborating with up-and-coming creators.

So what’s next for MoistCr1tikal?

In recent years, MoistCr1tikal has greatly diversified his content endeavors. His esports team, Moist Esports, is growing fast and he is talking about his team in many of his videos as the organization’s respective teams have seen increasing success. MoistCr1tikal has significantly increased his creative projects, but he still regularly produces his normal commentary and gameplay style content.