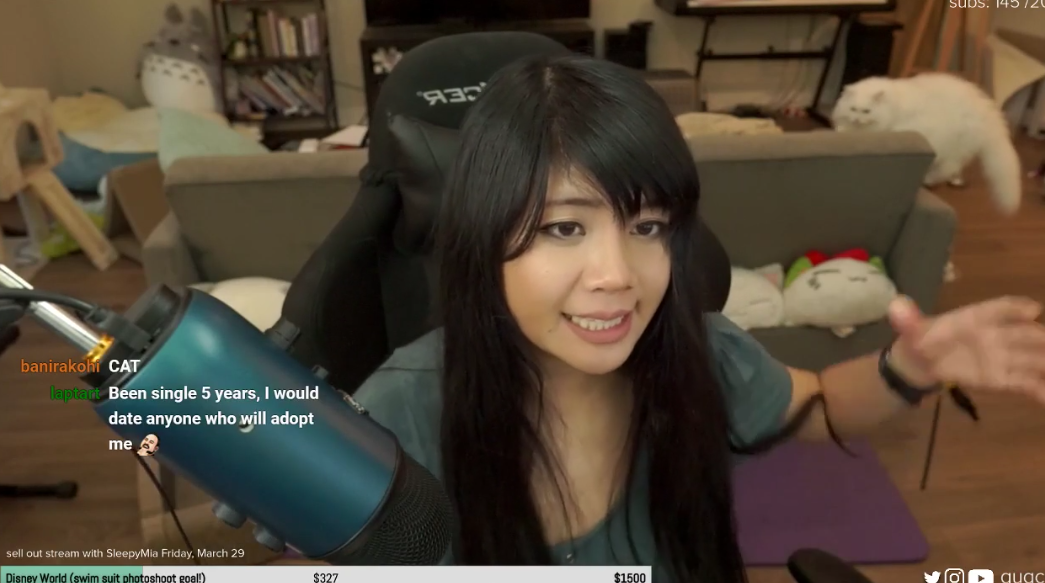 Over the last few months, Twitch has been slamming down the ban hammer for sexually-suggestive content and nudity. Although the bans are sometimes warranted, in other cases, there may be a little too much of a gray area.

Art and cosplay streamer quqco told fans that she received a three-day Twitch suspension in a tweet yesterday, claiming that her Chun Li cosplay was the reason.

The streamer doesn’t agree with the ban for sexually-suggestive content, appealing to Twitch’s support staff for an explanation.

“I am fully covered,” quqco said. “I don’t understand… how is this sexually suggestive content?”

The streamer even took preemptive measures to avoid being suspended.

“I actually bought one size up to ensure that the slit wasn’t too high,” the streamer told Kotaku in an email. “The slit of this dress is cut lower than some runner shorts I own.”

Twitch’s Community Guidelines prohibit sexually-suggestive content, but consider a number of factors before issuing a ban, such as “behavior and commentary…, attire and environment…, camera framing, angle, and focus.”

Quqco addressed the current state of Twitch in a Twitter thread in which she attributes women being suspended from the platform “because a bunch of trolls want to mass report.” The streamer is frustrated at the injustice and claims that viewers can harass women in comments and report their channel to get them banned, but the streamers can’t do anything but “take the beating.”

This isn’t the first time quqco has been banned for sexually-suggestive content, however. The streamer was previously suspended for revealing her underwear when cosplaying Mai Shiranui from The King of Fighters series.

Fans who are eager to return to quqca’s channel can tune in at the end of her three-day ban.