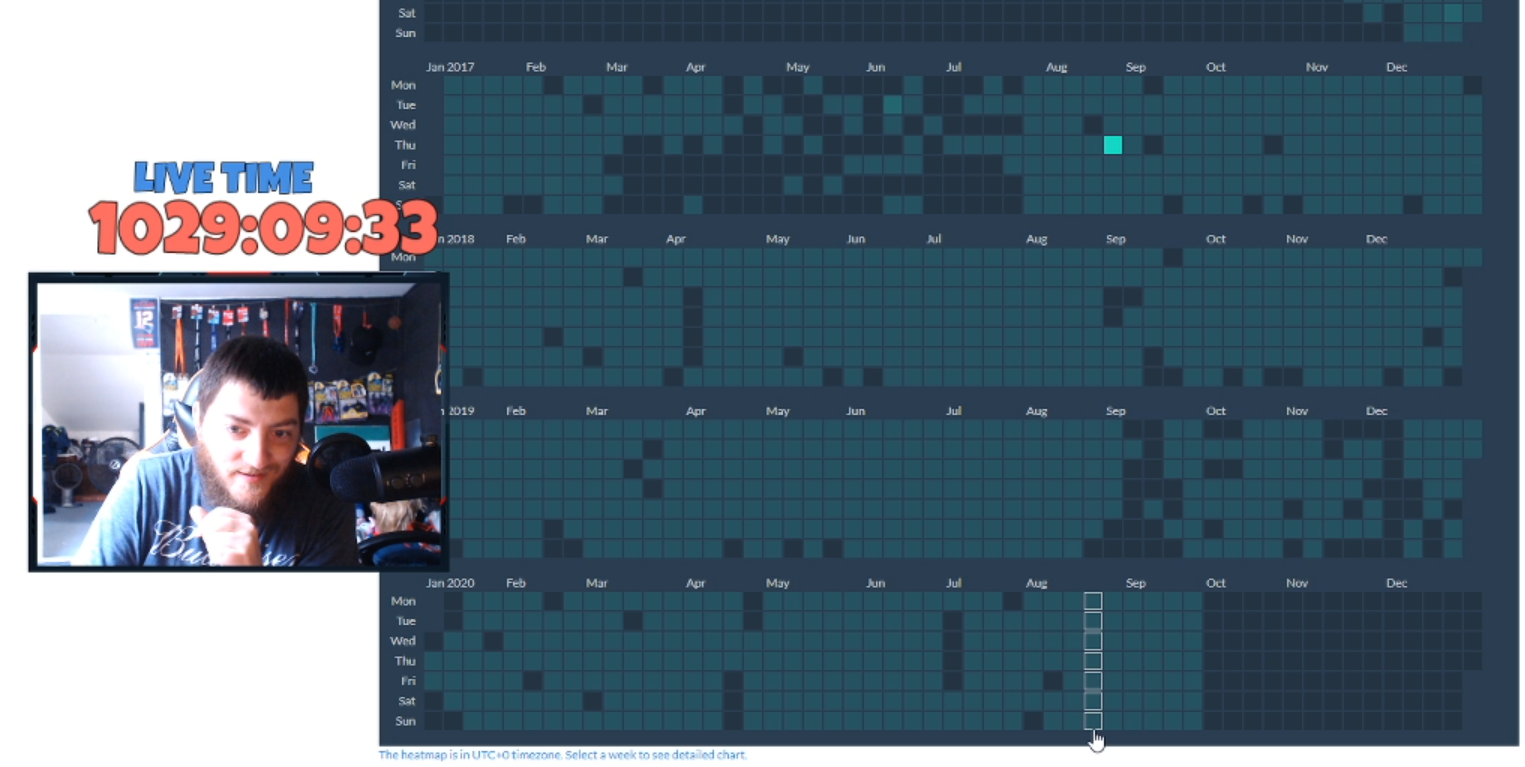 Twitch streamer GPHustla has been live for a record-breaking time of over 1,000 hours. As the streamer’s total time live approached 1,039 hours, GPHustla elaborated on why he’s continued streaming for this long.

“That’s one of the reasons I don’t want to stop the stream right now. I’m nervous to be alone again,” GPHustla said. “It’s almost like there in the back of my mind like as soon as I go offline I’m now alone again.”

“I think that’s why I connected with streaming so much,” GPHustla said. “I’ve kind of felt that way for a long time now in the later years of my life.” The streamer also said he has no plans of stopping anytime soon.

The stream has been live now for over 40 days beginning on Aug. 15. Within that time, GPHustla has played a variety of different games and shared other content with his audience, including sporting results, TV watch parties, and much more. He’s even left his stream active while he sleeps.

At times, the streamer has had to end the stream to change to a mobile device so he’s able to leave his computer. The stream has also been ended at times after 48 hours since, according to GPHustla, after that duration, Open Broadcasting Software will restart itself automatically, making it impossible to maintain a constant stream longer than that time.

GPHustla has seen an increase in channel views over the last 30 days of 47.3 percent, according to Twitch statistic tracking website Social Blade.