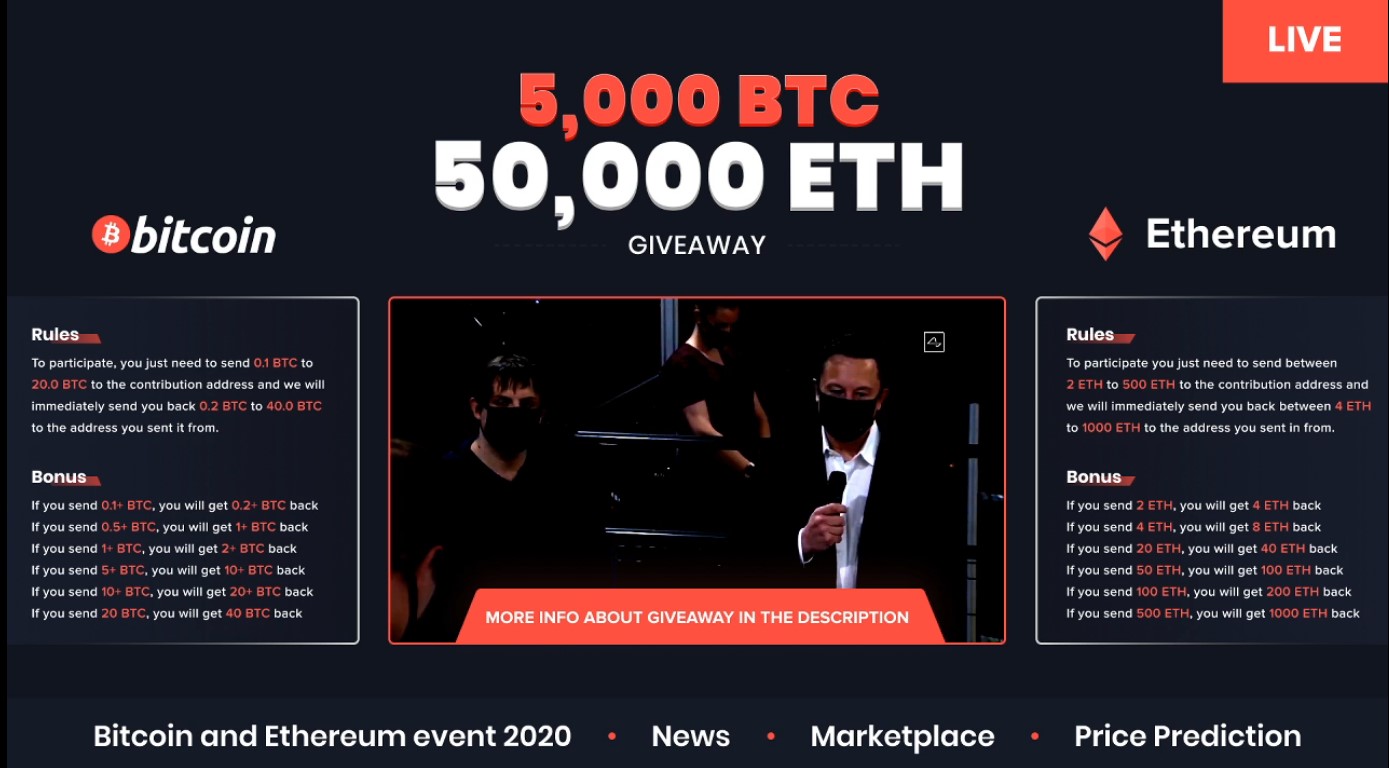 Twitch has a problem. Plenty of Just Chatting streams continue to exist unchecked, and they’re scamming viewers for thousands of dollars.

Earlier today a Reddit user noted that one channel in particular, dubbed “Elonmusk859” (one variation of the name), was one of the most popular channels in the Just Chatting section of Twitch last night. The channel amassed over 40,000 viewers at one point, a large portion likely botted, according to one user.

The bitcoin scam that the channel employs is nothing new. The scammer claims to provide free cryptocurrency for those that donate a certain amount into a designated address. Supposedly if you provided this channel with 0.1 BTC, roughly equivalent to $1,381, you would be given 0.2 BTC back. Spoiler alert, the scammer keeps the bitcoin and you’ve wasted a thousand dollars.

The scammer hopes that by using tech billionaire Elon Musk as the face of the scam, people will fall for it—and it seems to have worked. One of the many bitcoin addresses used by the scammers made almost $6,000, while another has made just shy of $4,000 so far.

“Elon Musk with SpaceX & NASA believe that blockchain and bitcoin will make the world more fair. To speed up the process of cryptocurrency mass adoption, We decided to run 5000 BTC giveaway,” the scammers said.

If the poor grammar didn’t already spell it out, this is the typical bitcoin scam. Unfortunately Twitch cannot act fast enough to remove all of these channels, alongside their copycats, to ensure viewers aren’t potentially scammed.

One of the copycat channels live at the time of publication has an average viewership of 41,770, according to TwitchTracker. Although likely most of these are botted viewers, it still leaves room for real viewers to assume it could be a real giveaway.