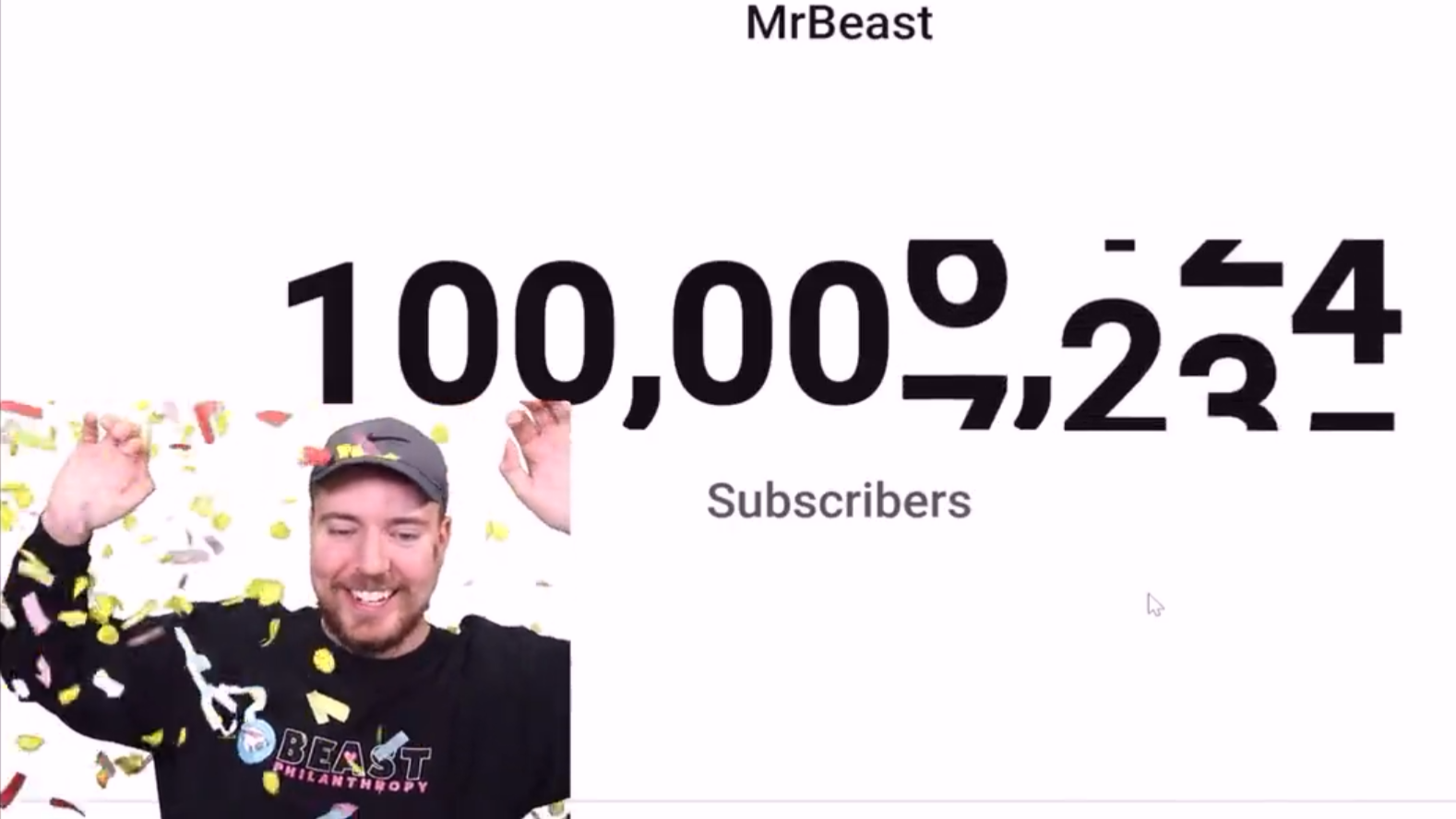 Popular YouTuber and philanthropist MrBeast reached 100 million active subscribers on YouTube today, cementing his status as one of the most-viewed creators on the platform of all time.

MrBeast is now the fifth creator on YouTube to have crossed the 100-million-subscriber threshold, joining the likes of T-Series, Cocomelon, SET India, and PewDiePie in the list of channels to celebrate the achievement.

Born in Greenville, North Carolina, MrBeast began his YouTube career in early 2012, under the moniker MrBeast6000. Immersed in YouTube culture from a young age, the young content creator saw his first viral sensation in 2017 after his “I Counted To 100,000!” video, which gained over 100,000 viewers in the first day and now sits at 26 million.

After receiving an influx of subscribers and support, MrBeast went on to massively diversify his content efforts, eventually leading his own production studio dubbed Team Beast. While founding several businesses, such as MrBeast Burger and Feastables, Team Beast also kickstarted multiple ecological initiatives such as Team Trees and Team Seas, which received nationwide recognition.

The release of MrBeast’s rendition of Squid Game marked the highest subscriber growth over a one-week period any channel has ever seen. The video, which boasts over 275 million views currently, attracted over six million subscribers to the channel from Nov. 25 to Dec. 1, according to Social Blade. Throughout the past year, MrBeast has sustained incredible day-over-day channel growth, seeing a daily average of 70,000 subscribers gained to the channel.

Over the past month, MrBeast brought in over 100,000 subscribers daily and officially crossed the nine-digit threshold on July 28.