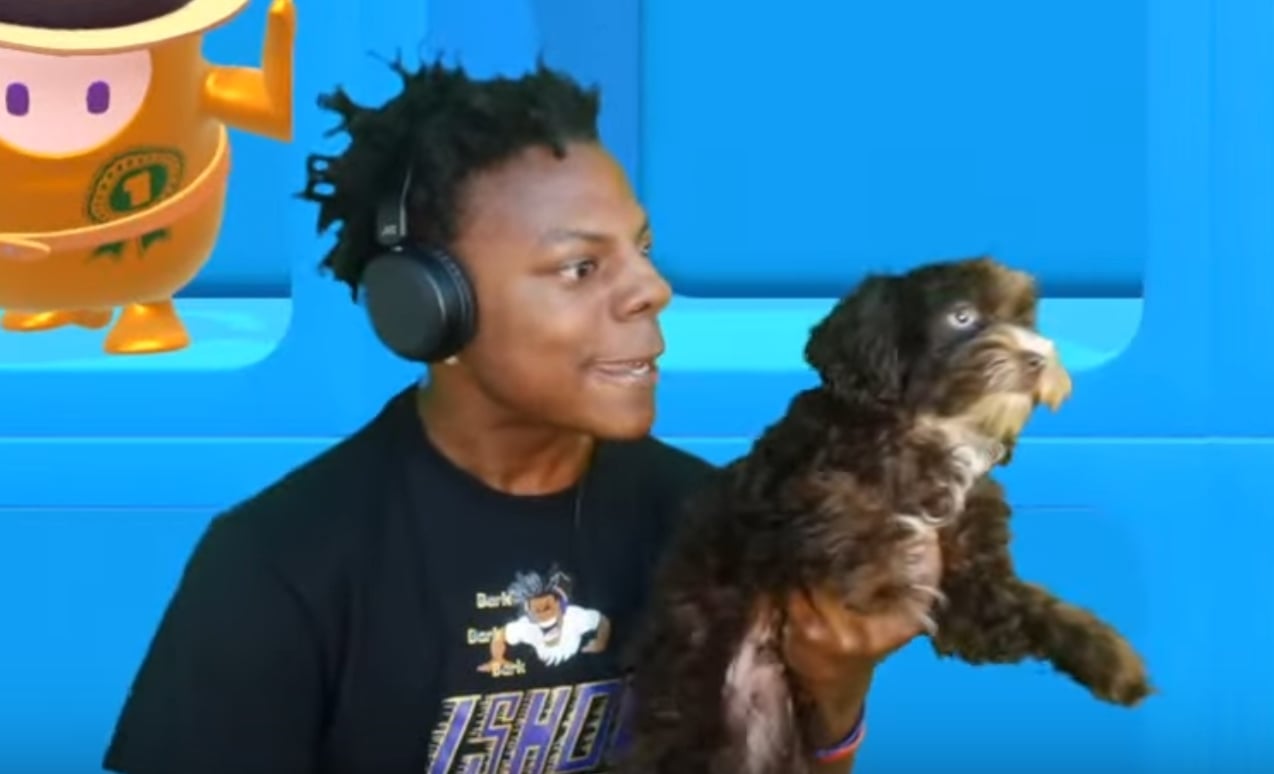 IShowSpeed is one of the most popular livestreamers in the world and is well known for doing anything and everything to entertain his viewers. But according to many fans, the 17-year-old took things too far after yelling near his dog’s ears during a YouTube broadcast on July 14.

Toward the end of IShowSpeed’s two-hour stream yesterday, the star decided to play Fall Guys. The activity was going as most would expect until the YouTube content creator reached the final stretch of one of the stages in the game.

IShowSpeed yelled out, desperately trying to qualify for one of the final spots, but unfortunately, he was unable to reach the finish line in time, causing an explosion of anger. After the initial burst of rage subsided, the streamer lifted up his dog, who was sitting on his lap at the time, and smelled them, quickly noting that they “stunk.”

Following this, IShowSpeed began screaming, seemingly at his dog, for smelling poorly:

Some viewers have since claimed that this burst of anger was animal abuse, with most pointing to the dog seeming terrified as the events unfolded as evidence. One Reddit user wrote, “Poor thing looks scared out of its mind, some ppl should just not have animals.”

This isn’t the first time IShowSpeed has gotten himself into hot water. Three months ago, the YouTube streamer was banned from all Riot Games following a viral rant in VALORANT that many deemed sexist.